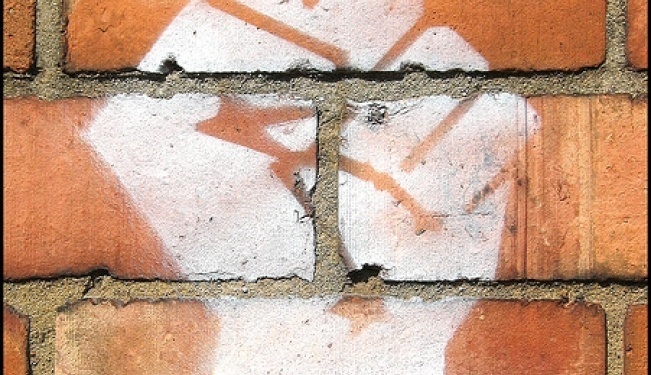 Analysis on what is required to determine the political will and economic might of nations.

The focus, however, on a narrow metric-like GDP growth rate to anticipate the dominant powers of tomorrow is flawed. For one, the GDP figure tells us little about the quality of a nation’s economy or whether its wealth is being converted into competitive capabilities.

For example, China’s $5trillion GDP, second biggest globally, hides more than it reveals. Nearly half of China’s GDP is driven by investment — mainly real estate and infrastructure. It is unclear whether this build of fixed-asset investment is producing capabilities or knowledge that great powers typically possess. The other major driver of China’s economy is its role as a manufacturing hub. What is less known is that foreign MNCs account for 60 per cent of China’s trade and 80 per cent of the value of their exports is imported. Even China’s creditor status is circumscribed by the fact that Beijing’s reserve assets are denominated in currencies printed by its principal debtors who have, consequently, transferred the vulnerability of this imbalance onto China.

Extrapolating such an economic structure for the next two decades would imply a much larger Chinese GDP but not necessarily one that is endowed with the human capital or technical knowledge that is embedded in advanced economies. Similarly, projecting India’s growth into the future would conceal the structural distortions of the economy — atrophying scientific and technological base, a neglected education system, energy insecurity, dependency on imported capital, etc.

The economy is one, albeit the most vital, building block of a nation’s strength. But only when assessed comprehensively and viewed in an ensemble of capabilities, can the relative strength of a state be gauged. The notion of comprehensive national power is a popular approach for arriving at an analysis of the diverse but interdependent variables that underpin the power of leading states.

What is power and how can it be measured? The non-linear relationship between potential (material) power and actual power (ability to achieve a political outcome) has been one of the most contested themes among political scientists. Analysts have drawn attention to “the paradox of unrealised power” that is the inability of a state to translate material power into a political outcome. David Baldwin’s “Paradoxes of Power” remains the seminal work on this theme.

The paradox is caused by two factors. First, the lack of will or skill in the effective use of power (India has the missiles but lacks the ability to leverage them diplomatically). Second, the capabilities of an actor must be contexualised in a policy contingency specifying the nuances of a situation. For instance, India’s nuclear weapons would deter a nuclear assault on the homeland but offer no benefits to increasing its influence in Afghanistan. Alternatively, the prospects of increasing Indian influence in South-East Asia would be determined by the relative strength of India’s economic capabilities, and its ability to augment the military capacities of smaller ASEAN states vis-à-vis other actors vying for influence there.

Thus, power, unlike money, is not fungible and a power resource that might be critical in one context could be irrelevant or become a liability in another. The key point is that conceiving power “as an undifferentiated quantifiable mass” offers little insight into the actual political success of the states being ranked. Political success in a scenario where power is exercised will depend on that unique situation, resolve of the national leadership and the likely capabilities and strategic responses of the resisting actor(s).

The above notion brings out the janus-faced notion of “power as resources” and “power as outcomes”. While the former is quantifiable (the number of nuclear warheads, ships, R&D institutions), the latter is more revealing but inherently indeterminable.

If the litmus test for power is a state’s success in shaping an outcome, it would imply anticipating a number of contingencies and how states’ grand strategies hold up to unforseen geopolitical situations. As Kenneth Waltz says, “Power is a means, and the outcome of its use is necessarily uncertain.”

The quest for contextualising power by relating it to hypothetical geopolitical situations, however, appealing, would be methodologically difficult to incorporate in a comparative study. Thus, an analysis that seeks to rank nations can reveal something about the generation of power resources that results from an intricate division of labour within a state but not whether the data that is crunched has relevance in predicting political outcomes. In 1979, Waltz had outlined the “size of population and territory, resource endowment, economic capability, military strength, political stability and competence” as the decisive ingredients of national strength. Nearly all the international studies conducted on measuring the power of nations have confined themselves to these major variables.

Finally, there is a third facet of power that enables a state to leverage its capabilities toward political goals. This is grand strategy or ideational capability, which reflects a state’s capacity to generate and adapt a strategic template that can guide its national security bureaucracy. Again, measuring the quality of strategies among nations is problematic for reasons alluded to earlier. However, focussing on some of the underlying elements that might produce strategies could be instructive.

This includes the structure of national security institutions such as the level of political-military interactions, inter-agency coordination and the level of “jointness” within the armed services itself. One can also include the quality, specialisation and scale of the Foreign Service and intelligence personnel. Much of this can be empirically or qualitatively observed across states. For instance, Brazil’s Foreign Service is five times the size of the Indian Foreign Service.

In the final analysis, if power is such an elusive concept why attempt to measure it? Given that power is relative, only a benchmarking process can indicate where nations stand on a metric range. Perhaps, more importantly, the exercise could reveal domestic weaknesses. For example, India’s inability to produce leading-edge military and civilian technologies might be traced back to a weak innovation system, the absence of institutional incentives, negligible R&D investment and an acquisition process where parochialism rather than a grand plan is driving military modernisation.

India’s rationale for measuring power should delve into the process through which power is generated via a complex division of labour across the national system. This might enlighten the political leadership on the functioning of the overall system, and hence make the pursuit of power a coherent endeavour.

*[This article was first published by The Tribune on November 4, 2011]