Since Matteo Salvini took over the leadership of the Northern League party (rebranded as the League before last year’s elections) in late 2013, the focus of his harsh political campaigns shifted from southern Italians — the so-called “Terroni,” or people of the countryside — to immigrants and refugees. This move allowed him to garner, in just a few years, massive electoral support.

In particular, Salvini was able to build a narrative positioning not only the Italian middle class against the immigrants on the basis of safety and security, but also the lower classes, developing a strategy of a “war between the poor,” in which Italians struggling economically are pitted against immigrants in the field of social welfare. Before analyzing Salvini’s political strategy more closely, it is important to provide a fuller picture of issues around work and social welfare in Italy in the last decade.

In Italy, the total amount of overall hours worked diminished by 15% from 2008 to 2018, while the number of workers remained stable. The fact that those in the labor force work less is not negative per se. The real problem is that jobs are becoming increasingly “fluid” and of a lower quality: seasonal, flexible, part-time (often involuntary), with a growing number of internships and traineeships (often unpaid). Social welfare should accordingly adapt to these new dynamics. However, the system has not changed, in parallel with the diminishing importance of poverty reduction programs.

This context is easily used by some political movements, notably radical-right populists and nationalists, in particular the League, to develop narratives of intolerance and hate. Indeed, what we are witnessing in Italy today is a good example — without generalizing to an excessive degree — of what may happen in the near future in other European countries in relation to the role of work, social welfare and ensuing political narratives.

In this regard, it is important to start with a quote of the Italian Constitution, drafted in 1947, the  first article of which states: “L’Italia è una Repubblica democratica fondata sul lavoro”— Italy is a democratic republic founded upon work. In light of the critical value of work for Italy and its citizens, both in practical and symbolic terms, we should consider with apprehension data on the overall quality of employment in the last decade. Since the global financial crisis of 2007-08, Italy saw the number of its workers dangerously close to the poverty line threshold rising from 9.3% to 12.2%, which translates to around 2.8 million of “working poor.” The two categories of sottoccupati (underemployed, meaning those who would like to work more), and part-time involontario (involuntary part-time workers, meaning those would like to work full time, but can only find part-time employment) saw a dramatic increase of 82% and 98% respectively between 2008 and 2018.

If it is true that a minor recovery in terms of job creation took place between 2013 and 2018 (an increase of 1.1 million), it was driven by jobs with lower wages, fewer labor rights and fewer working hours, in sectors with poor labor skills, in particular in sales (such as call centers) and personal care, or merely unqualified personnel. Accordingly, the overall quality of work and labor rights in Italy has been decreasing since 2008, fostering frustration, especially among young educated citizens, many of whom have been pushed to look for new opportunities abroad.

If we add these statistics from past 10 years to the fact that southern Italy — for a complex mix of reasons — has historically been more sensitive to unemployment than the center and northern parts of the country, we get a rather pessimistic and gloomy picture. The populist Five Star Movement (M5S), while governing in coalition with the League, managed to pass the reddito di cittadinanza — a universal basic income bill that would guarantee Italian citizens living in absolute poverty a sum of up to €840 a month, with the pledge from the side of the beneficiary to accept jobs that may be offered to him/her. Unfortunately, public employment agencies are historically inefficient in Italy, and the measure has been criticized by many as pure demagogy.

On the other side, the League has preferred to adopt a different approach to the question of the loss of value of work in Italy. While not openly opposing universal basic income, the party has focused instead on blaming immigrants. It did so not by using a narrative portraying immigrants as stealing jobs — this was used instead in Brexit Britain, for example — which would be rather obviously false, but rather depicting immigrants as intent on unfairly benefitting from the social welfare system designed for the Italian taxpayers. Not only unemployment benefits and social welfare, but also public health, the right to health care, and school subsidies are increasingly becoming the theater of harsh political competition and propaganda in relation to immigration.

The social welfare narrative used by the League is mainly twofold, consisting of blaming traditional political parties and EU Institutions for lack of focus on social welfare and triggering the aforementioned “war between the poor.” Worldwide, the inability to provide real social and political protection is a key element of the narrative used by radical-right movements to blame traditional political opponents, such as center-left and center-right governments. In Europe, this holds true not only for national executives, but for EU institutions as well.

As argued by Andreas Nölke, of the Goethe University in Frankfurt, “The European Union, principally, should be the most suitable institution to limit financialisation in favor of a more social Europe, given that it is often considered to be a shield against the harsh winds of globalization” by offering social protection from the unwelcome features of economic globalization. The League has so far proven to be very successful in portraying the austerity policies of the European Union as a key element behind the impossibility to implement social policies to face growing poverty in Italy.

On the other hand, immigrants have been a constant target of the League’s attempts to trigger a confrontation on the basis of social policies. Provisional accommodation for refugees, social housing, education policies and health care have all been increasingly used by the League party in its narrative, taking advantage of the frustration among Italians living in poverty — or at risk of poverty — to fuel xenophobia and hatred toward immigrants. 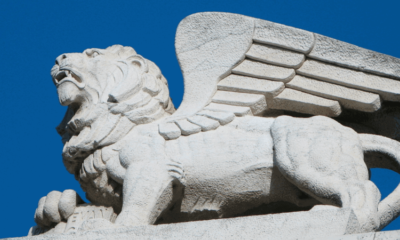 The Transformation of the Northern League 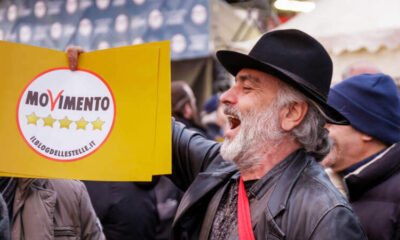 Why We Should Worry about Italy’s Coalition Talks