The recent news of a housing fee hike at Jawaharlal Nehru University (JNU) has created a storm. JNU is a premier institution based in New Delhi, India, which has produced alumni whose contributions have benefited society both in India and the world at large. The institution has been funded by University Grants Commission (UGC) as well as other organizations, courtesy of its repute. As a result, its tuition fees have remained low, enabling people from all strata of society to gain a top-level education.

The institution has been pivotal in terms of producing top-notch research as well as filling the ranks of the country’s bureaucracy and cabinets of power. The current minister of finance, Nirmala Sitharaman, as well as the minister of external affairs, S. Jaishankar, are JNU alumni. Prior to this, during Prime Minister Narendra Modi’s first tenure, six JNU alumni were appointed to his cabinet and 15 as ambassadors.

Why Can’t a Muslim Scholar Teach Sanskrit in India?

But alongside generating distinguished graduates, the university has also led the way in terms of controversy. In 2016, an incident that saw a prominent student leader, Kanhaiya Kumar, arrested for a speech that has been labeled “anti-nationalistic.” Although Kumar’s speech is alleged to have been doctored as a part of a bigger propaganda effort to portray him “in a particular light,” the flames have not died down since.

Here, one could conveniently blame the media for helping push the government’s narrative of sedition. This trial by media of Kumar and other students involved in the incident used brazenly concocted evidence. One could also blame India’s leaders, who see dissent as equivalent to blasphemy, with one ruling party MP conveniently labeling the university a “hub of treason.” Distinguished JNU alumni such as Romila Thapar have gone as far as to assert that the Modi’s government is turning fascist. However, while both the government and its faithful media have gone out of their way to discredit the JNU, the issue that has recently grabbed headlines has little to do with politics.

The Cost of Living

For the past two decades, the JNU hostel fee had been 10 rupees ($0.14) for double occupancy and 30 rupees for single occupancy. The proposed fee hike makes it 300 rupees and 600 rupees a month respectively, along with an additional charge of 1,700 rupees. This, coupled with the mess fee of 3,000 rupees a month, takes the total annual fee up to around 60,000 rupees, or just over $840. This is a fairly nominal price when compared with other premier public institutions such as University of Delhi, where annual housing costs are between 40,000 and 55,000 rupees.

The number of students pursuing MPhils and PhDs — meaning they are entitled to scholarships — is another factor that needs to be considered. In 2017-18, a total of 4,594 students were enrolled in these post-graduate programs. They receive 35,000 rupees monthly as a housing allowance if they don’t use the hostel facilities. This amounts to a whopping figure of 160,790,000 rupees going to just MPhil and PhD students alone.

Aggression toward the government is easily discernible among the protesters. Their discontent is based in the dismay with the government and its nationalist ethos. The JNU, famous for its leftist leanings, is thought to be trampled by Modi’s right-wing government. This argument is flawed, however. It is no surprise that the government of the day has a right-wing approach and has become intolerant to dissent. The communal divide has broadened with events of mob lynchings of Muslims by cow vigilantes, subtle hints in speeches for creation of a Hindu nation and the recent Aayodhya judgment rendered by India’s Supreme Court. Aside from this, the government has labeled activists fighting the rigid system “urban-naxals,” a term popularized by filmmaker Vivek Agnihotri and referring to “anti-Hindu, anti-India, and anti-humanity” actors — such as trade unions, journalists, students, farmers, laborers, and feminist and atheist groups — that stand in opposition to India’s national idea as envisioned by the ruling Bharatiya Janata Party.

The suppression of free speech is clearly demonstrated by the number of journalists who have been killed or have received death threats, such as the left-wing journalist Gauri Lankesh assassinated for her work in 2017. However, taking a shot at the government for raising hostel fees because of these underlying problems is a useless approach.

Contentions have been raised that the government’s intolerance of free speech emanating from JNU — and more specifically the 2016 incident — is the reason behind the fee hike. The Modi government has been steadily eroding India’s Constitution and democratic institutions. Many independent bodies, such as Right To Information, have been washed away by the smart play of those in power. Whenever the government has deemed fit to silence subversion, it has been able to carry out its intent without any difficulty.

Shutting down JNU would not have been a Herculean task, had this been New Delhi’s aim. But it hasn’t quite been explained how a fee hike can be remotely connected with suppression of speech when other public institutions have hostel fees on par with JNU.

Another issue of discontent is over the fact that over 40% of the students — those living below the poverty line — will not be able to afford their education. Inasmuch as this issue has been hyped, even less logic has been employed. The problem is that issues of practicality are being tackled with unguided empathy. Loans can be obtained to fund one’s studies. Scholarships are equally available and awarded to students from weak economic backgrounds. A quick glance at UGC website will silence all uproars in this regard.

A counterargument has been supplied vis-à-vis the case of loans. The contention is that institutions that charge hefty tuition fees keep their students in debt for years to come. Comparison has been made with Harvard University and the like. But, first of all, Harvard is not a public institution and, secondly, education in America is extremely expensive even for in-state students. JNU housing fees had by far been extremely low. Ranging between 27,600 and 32,000 rupees per year, until the proposed hike its accommodation was incredibly cheap given its high ranking.

A leading university can’t subsist on outdated valuations. Until now, the housing fee has not been revised in 19 years, disregarding inflation, and the university faces a funding deficit of over $1.6 million. The poor infrastructure and facilities demand a revamp, and the money will need to come from somewhere.

While the concerns raised by the protesters should not be dismissed, one should remain pragmatic. The fee hike hand long been pending. There has been a failure on the part of the protesters to assess and analyze the fee hike in a rational way. When something is given for free, it is bound to be taken for granted. Such is the case of the students who consider it a matter of entitlement to have access to funds provided by the university. The issue of poor students is only a rallying cry to strengthen the cause of struggle.

The Internal High Level Committee has recommended bringing the fee down 50% and 75% for students below the poverty line. The students, nevertheless, remain adamant. The demand has been for a complete rollback of the proposed hike and not just one for the most disadvantaged. This reflects the entitlement of the students who are blind to the hard realities facing their alma mater.

Another problem ensues from the fact that nearly anything and everything is targeted at the government. This is a faulty mechanism that attacks every policy, deeming every new decree an assault on freedom, notwithstanding that these may have been brought about by economic necessities. As JNU Professor Makarand Paranjape has rightly pointed out, the outcry and protest is “bogus socialism and a sorry sense of entitlement” and the same cannot be justified on any rational grounds. 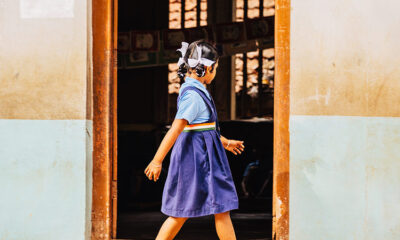 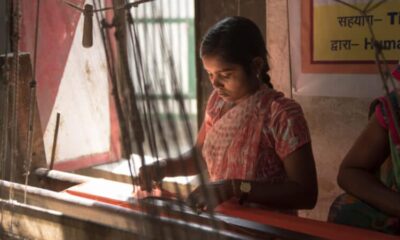 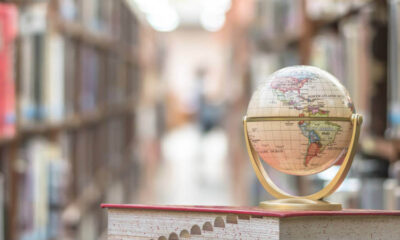 Education as Strategic Investment: An Interview with Frank Islam