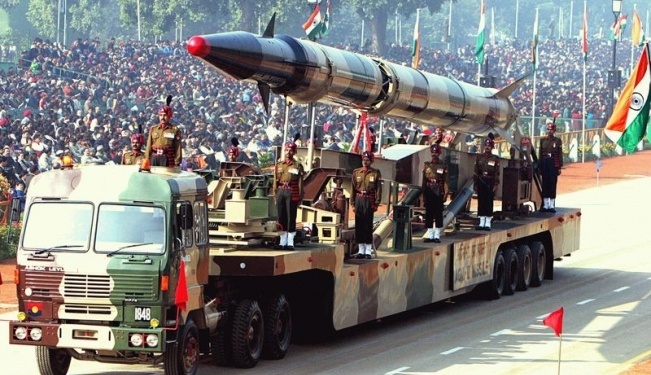 An overview of India's efforts to modernize her military and defence systems.

In response to security concerns in the neighborhood and as it emerges as a regional superpower, India has embarked on a grand scheme of defense modernization. A recent study published by the Stockholm International Peace Research Institute (SIPRI) places India as the largest importer of arms between 2006 and 2010 and estimates the modernization of the industry at $80 billion. With annual GDP growth rates between 7 and 9 percent in the past decade and the government’s commitment to steady investments in military capabilities, India’s spending on defense as a share of its GDP has remained relatively steady at 2.5 to 3 percent. Consequently, India’s defense budget has grown by 64 percent (in real terms) since 2001 – reaching $36.3 billion in the 2011-2012 budget – and enabled the implementation of long-term acquisition plans.

India therefore possesses both the desire and the ability to make significant strides in modernizing its military. Of the total defense budget, approximately 40 percent ($14.5 billion) is allocated to the defense capital outlay budget, which funds arms procurements, construction and maintenance of installations, additional infrastructure, and other military equipment modernizations. Interestingly, the Indian Air Force has experienced a 6 to 7 percent growth in its share of the capital outlay budget over the past decade, while the Indian Army and Navy have seen their shares decrease. The Air Force also receives the lion’s share – 40 percent – of the current capital outlay budget, while the Army and Navy receive 25 and 20 percent, respectively. The remainder is spent on R&D and military production elements in the Ministry of Defense.

However, unlike in the past, India hopes that the current military modernization efforts will not rely predominantly on imports. In January 2011, India’s Defense Minister unveiled India’s first ever Defense Production Policy (DPrP). The DPrP was prepared with inputs from various stakeholders from both government and industry. These included the three Services, the Coast Guard, the Integrated Defense Staff, the Defense Research and Development Organization (DRDO), the Indian Industry Associations (IIA), the Confederation of Indian Industries (CII), and the Federation of Indian Chambers of Commerce and Industry (FICCI).

Two key elements drive the desire for increasing the capacity of the domestic industrial base supporting defense: a desire to boost domestic defense-related sectors of industry and the belief that providing for its own defense requirements is indicative of being a global power. And contrary to past efforts at achieving this goal, the recently released DPrP is significant in that it concisely articulates the Ministry of Defense’s agenda for supporting a domestic defense industrial base, rather than couching these intentions in dense procurement documents. Moreover, the DPrP highlights the need for greater involvement by the country’s private sector (including small and medium-size enterprises) and for broadening the country’s defense research and development base.

The DPrP, which came into immediate effect, states that priority will be given to indigenous design, development and manufacture of defense equipment. In instances where the Indian industry is not able to deliver, procurement from foreign sources will be sought. The decision to procure from foreign sources will depend on the urgency of the requirement of the equipment and the time required to deliver the equipment. In cases where foreign sources are considered, the Indian Ministry of Defense will deliberate a multitude of approaches such as public-private partnerships, joint ventures and formation of consortia.

Implementing the DPrP presents significant challenges and opportunities for policymakers and industry in India and amongst its international partners. For Indian defense officials, key challenges to be addressed include: what is expected of the domestic industrial base? Does India have the required workforce? Will the level of defense investments match expectations? What lessons in building a domestic industrial base can India learn from other sectors? Key opportunities include the opportunity to leverage its position to strike unique and innovative partnerships, both industrially and politically, to negotiate for more generous technology transfer and to create a globally competitive defense and security industrial base.

For India’s international partners, especially the United States, which is expected to see a reduction in its defense budgets in the coming years, the Indian defense market will be a lucrative one. However, while business opportunities in India will be abundant, it is advisable for these partners to view the Indian defense market in the context of a broad strategic partnership that includes opportunities for engagements on issues such as counterterrorism, Maritime Domain Awareness and Space Situational Awareness. As the DPrP is implemented, it will cover not just defense companies, but a broader array of aerospace, IT, and security sectors that international partners would do well to identify in advance.

India’s DPrP is a significant document in that, for the first time, an agenda is articulated by the Ministry of Defense (MoD) to bolster the domestic industrial base supporting defense. In addition, this document highlights the need for greater involvement and participation from the country’s private sector (including small and medium-size enterprises) and for broadening the country’s defense and research development base. India’s first ever DPrP presents momentous opportunities for India and its international partners. The Indian MoD should leverage this position by being more receptive to innovative and creative partnership agreements, and international partners would benefit from taking a strategic approach to the emerging defense and security industrial base in the country.

Bharath Gopalaswamy is a Scholar at Cornell University’s Reppy Institute for Peace and Conflict Studies Program.

Guy Ben-Ari is a fellow at the Center for Strategic and International Studies and Deputy Director of its Defense Industrial Initiatives Group.