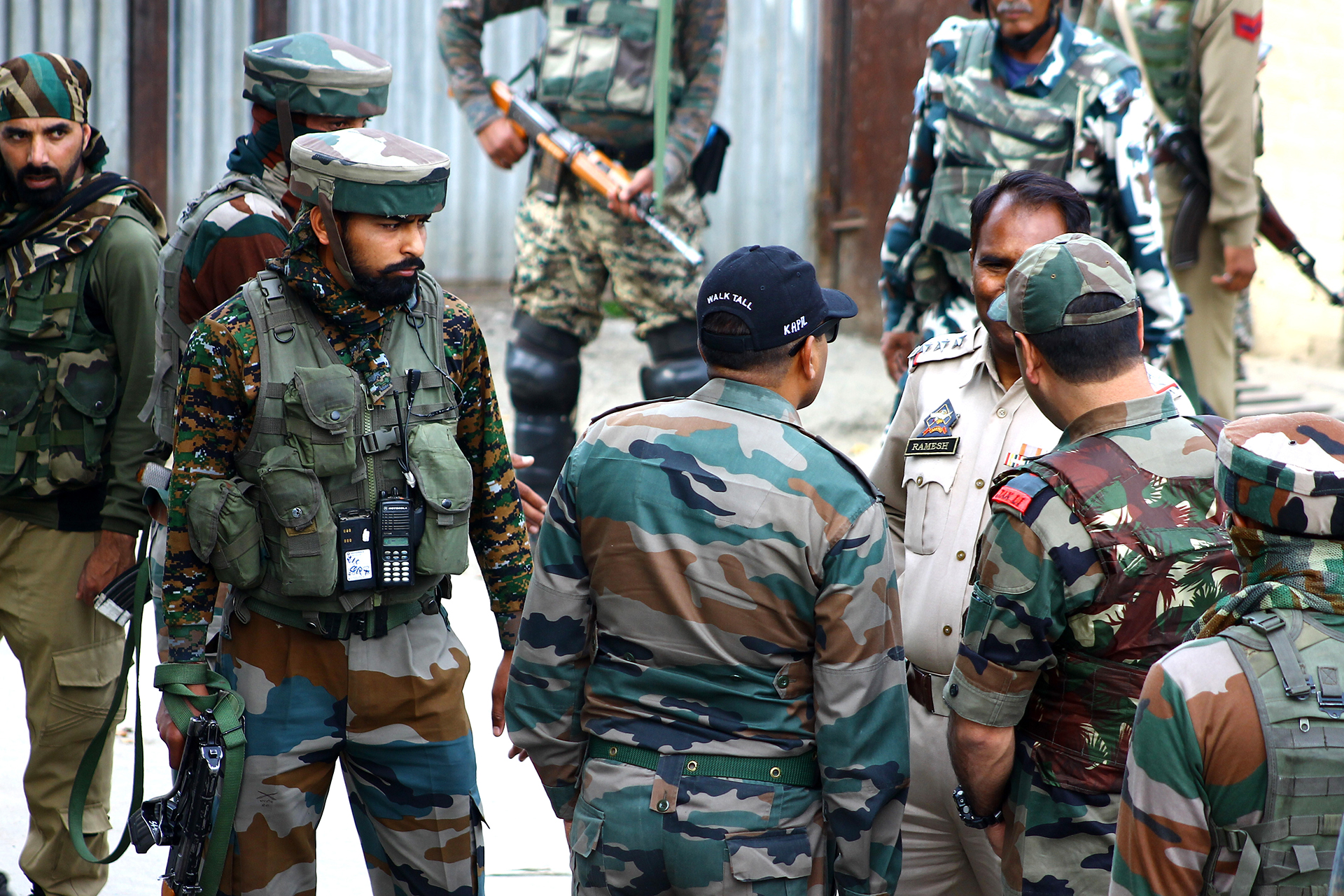 Massive Search Operation was launched by Security forces in Anantnag District Of Kashmir India after suspected militants hurled a Grenade on central reserve police force of india on 01 June 2018.

An ethnically diverse Himalayan region of Kashmir has been a subject of a territorial dispute between India and Pakistan since the partition in 1947. Despite both countries claiming full control over the region’s entirety, Kashmir  divides into an Indian-administered part and a Pakistan-administered part.

For the last three decades, Indian-controlled Kashmir has been characterized by unrest due to a separatist insurgency opposing Indian rule. Although India’s fragile relationship with Kashmir is not a new issue, tensions intensified when in 2019, India revoked Article 370, depriving the region of its special status and a certain degree of autonomy attributed to it.

Article 370 allowed Kashmir to have its constitution and to make decisions regarding property ownership and permanent residency. As a result, Indians from other parts of the country could not purchase property and settle in Kashmir. Scrapping Kashmir’s special status meant that from that point onwards, the state would have to abide by the Indian Constitution.

Fearing state-wise unrest after announcing the decision, the Indian government increased the number of troops in the region and has since maintained a massive army presence in Kashmir. But is the high army presence in Kashmir necessary to maintain stability, or is it indicative of the Indian government violating people’s rights to demand absolute obedience?

Revoking Kashmir’s special status in 2019 was followed not only by Indian troops pouring into the streets but also by a communications blackout that only ended in 2021 and by restricting the media. These measures, adopted by India in anticipation of rather than in response to unrest in Kashmir, represented a serious violation of people’s freedom of expression. And although internet connectivity has been restored now, the curtailment of people’s fundamental liberties continues.

“We are not allowed to protest in the streets. Protests can only happen in this one square,” Zahid, a participant in one of the recent protests, told me. This particular demonstration was about Finance Account Assistants (FAA) opposing the authorities’ decision to scrap the merit list, thus halting the selection process.

Even in this one designated spot, demonstrations tend to be small. This is partly due to people fearing that the military might use force in case of a larger protest. Additionally, this is also because, after years of having their voices suppressed, the people have lost faith in being able to change the oppressive status quo.

It Is Taboo to Talk About #MeToo in Kashmir

Another way the security forces have been curbing people’s freedom is in cases of unjustified violence. “Just the other day, I was beaten up because I asked why they had stopped the traffic and wouldn’t let us pass. Another incident occurred two days earlier, where a few drivers were beaten up. No action has been taken,” Viraj, a doctor who lives in Srinagar, said.

India-administered Kashmir is one of the world’s most militarized areas. At any given moment, tens of soldiers patrol the streets of Srinagar, Kashmir’s summer capital, and checkpoints can be seen at every corner.

“This is the reality of life in a conflict zone. People from outside the region often see Kashmir as a tourist paradise, but those who live here feel a sheer amount of pressure,” Viraj said. “Just seeing weapons has psychological effects on regular people. ” Viraj added that rebellions are bound to occur when you ‘pressure people into obedience.’

Still, by ensuring that people know they are constantly being watched by the military capable of using excessive force, India has ingrained a sense of vigilance in people’s minds. Nowadays, there are significantly fewer revolts, and massive strikes involving stone pelting have become a thing of the past.

What cannot be overlooked, however, is the fact that heavy military deployment has had a fair share of tangible success in enhancing the security of the region. The number of terrorist incidents decreased from 417 in 2018 to 229 in 2021, according to Amit Shah, the Minister of Home Affairs. And, for some Kashmiris, increased army presence has improved their sense of safety.

“The presence of Indian forces is essential to protect the people of Kashmir, especially those who are not radicalized and do not support the insurgency against the government,” Kamal, Kashmir’s resident, said.

The paradox of Kashmir

Currently, Kashmir is experiencing a period of relative stability and peace, but security challenges persist, so there is a risk that this order will be short-lived.

“There has been a security threat in Kashmir since 1990,” Kamal said. “The government has been changing since then, but the army presence has been a constant.”

Here lies the inherent paradox of the situation in Kashmir. The longer India’s military rule continues, the more people will be turning against the Indian government and joining the ranks of militant groups. At the same time, this leads to increased security threats, and the Indian government has no choice but to retain its troops in the region to keep the situation under control.

And removing the army, which is seemingly what many Kashmiris want, could potentially trigger chaos and uproar. “There would certainly be more unrest if the army were removed without any improvements in administering the region,” Kamal told me. So, before the possibility of one-day withdrawing Indian troops from Kashmir can even be considered, fundamental reforms to how the troubled territory is governed are necessary.