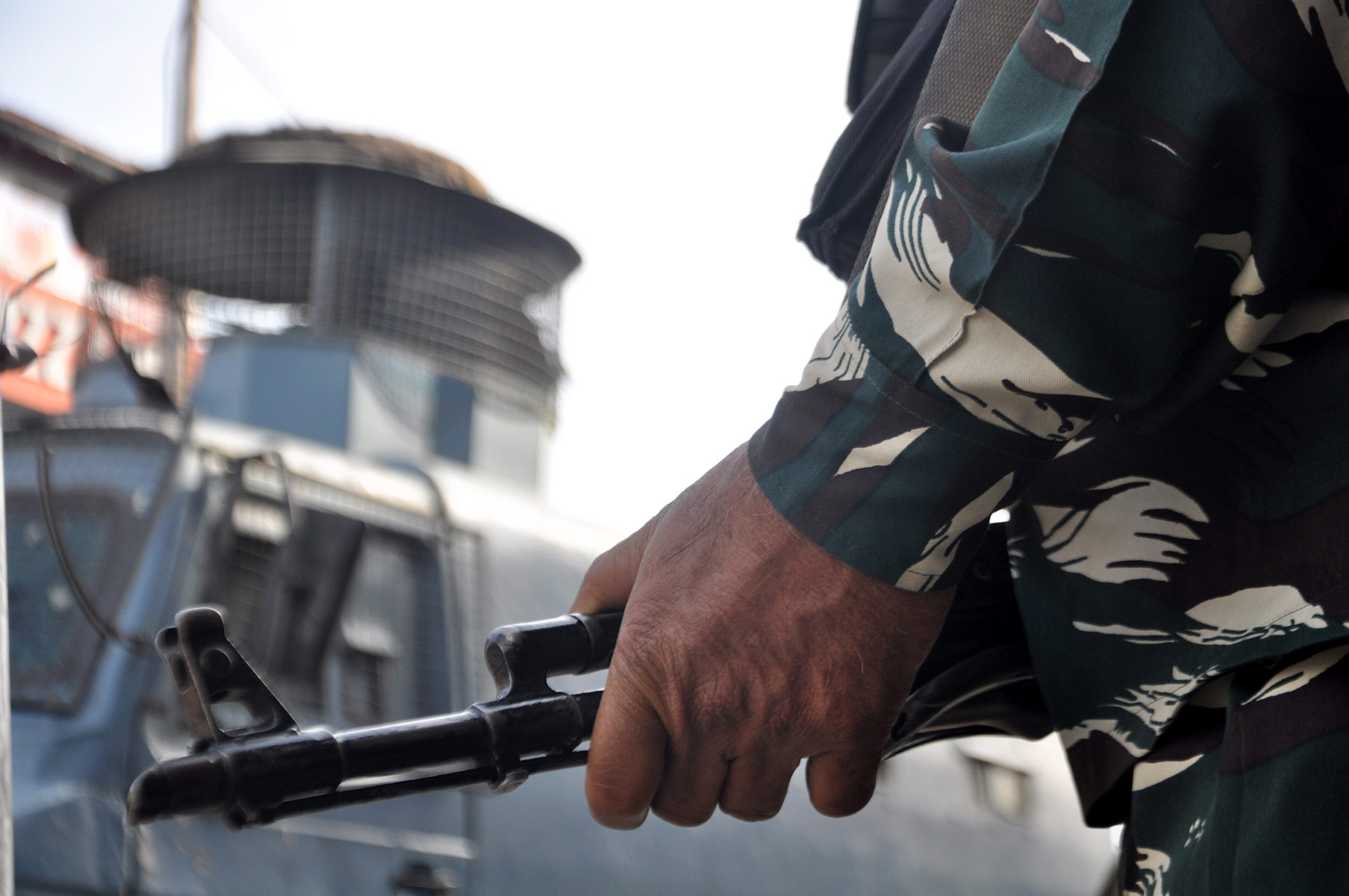 In my first article of this three-part series, I made the case that the victory of the Taliban would radicalize Pakistan and increase its global nuclear threat. Notably, the Taliban’s takeover of Afghanistan is not only changing its eastern neighbor, but also fundamentally altering the geopolitics and balance of power in Central Asia. Most importantly, the most immediate consequences of the Taliban triumph will be felt by India in general and Kashmir in particular. The dynamics of South Asia are about to change dramatically.

In August, President Joe Biden gave a self-serving speech blaming everyone except the US for the current situation in Afghanistan. His speech does not withstand close scrutiny, though. If anyone is to blame for the Taliban’s dramatic comeback, it is Uncle Sam. Washington demonstrated breathtaking ignorance, arrogance and stupidity in handing Afghanistan from day one.

Failure to Learn From the Past

To handle Afghanistan better, the United States could have done well to dust off some history books and learn from the playbook of the British Empire. At one point, a mere 6,000 British officials ruled 250 million Indians. The key to British success was not military firepower, but an extraordinary understanding of the subcontinent. They wrote gazettes, drafted reports and charted maps that covered every nook and cranny of the landmass. When retired CIA officer Glenn Carle was struggling to find a Pashtun village more than two decades ago, he had to turn to a colleague to pore over imperial maps in London.

In 1800, Lord Wellesley, the elder brother of the Duke of Wellington and then-governor general of India, started Fort William College, the first modern institution of learning in the subcontinent. This institution taught British officials Indian languages and prepared them to rule a landmass that the armies of the British East India Company were conquering rapidly. To this day, the best of British diplomatic and intelligence officials strive to learn local languages. The thoughtful Rory Stewart who possibly knows Afghanistan like the back of his hand is a direct heir to none other than Lawrence of Arabia. The US has never had a figure like Lawrence or Rory for good reason.

America has long been the promised land for immigrants. However, these immigrants leave their ancestral lands behind. Two oceans separate the US from the rest of the world. This superpower “maintains nearly 800 military bases in over 90 countries,” but it does not have officers who go “native” unlike their British counterparts. In Afghanistan, American troops and administrators almost invariably relied on interpreters. A staggering 50,000 interpreters have worked for the American military since 2001.

This overreliance on interpreters has proved toxic. Barely 6% of Afghanistan’s population speaks English. By relying on this tiny section of Afghan society, the US was cutting itself off from the vast majority of the country, much of which still lives in the remote and rugged countryside. Over time, much of this English-speaking Afghan elite proved to be self-serving and corrupt.

The classic example of this phenomenon is Ashraf Ghani. The high and mighty in Washington backed Ghani in a murky election marred by fraud and misconduct. He spoke flawless English, had worked for the World Bank and had taken up American citizenship. Sadly for the Americans, they bet on the wrong horse. When the Taliban rolled into town, President Ghani failed to put up a fight, allegedly fleeing with “$169 million from the state coffers.”

Ignorance of Wider World Is a Systemic Weakness

Afghanistan represents a longstanding American weakness. In 1953, the US conducted a coup in Iran for British interests. They had no idea of the lay of the land and this coup spectacularly backfired in 1978-79, The Iranian Revolution haunts the US to this day. The US failure to understand Vietnam has been examined through books, documentaries and countless commentaries. In Afghanistan, the Americans relied on treacherous Pakistan and used interpreters instead of putting in the hard work to truly understand the people and their culture.

At its core, the Taliban was a peasant-supported movement. They shared this similarity with the Vietcong. The Pew Research Center found that 99% of Afghans support making sharia the official law. Frighteningly, 67% of Afghans believe “there is only one possible way to understand sharia.” As Stewart observes in his meticulous documentary on Afghanistan, Afghans have always believed in jihad against non-Muslims. Historically, Pashtuns came down the Khyber Pass to raid the plains of Punjab. The more enterprising ones got as far as the Gangetic plains of India. Babur conquered North India in 1526 from the Pashtun Lodi Dynasty. In 1947, Pakistan unleashed Pashtun irregulars against India and, as I pointed out in the previous article, my grandfather paid the price with his life.

Now that the Taliban are in charge of Kabul, Kashmir is its next target. Both the Taliban and Pakistan have persecuted minorities relentlessly. In September 2002, Dr. Iftikhar H. Malik published a damning report on Pakistan for Minority Rights Group International. Nearly 20 years ago, he observed how non-Muslims and even many Muslim groups are treated as second-class citizens and pressured to convert to Islam. The Taliban–Pakistan narrative constantly paints India as a land of “Hindu kafirs” that oppresses fellow Muslims in Kashmir.

Already, the Taliban–Pakistan move against India is in full swing. In November, nine Indian soldiers lost their lives to “freshly infiltrated” terror groups. Anas Haqqani, the youngest son of the late Jalaluddin Haqqani and the brother of Taliban’s deputy leader Sirajuddin Haqqani, has visited the tomb of Sultan Mahmud Ghaznavi. Haqqani called Ghaznavi “a renowned Muslim warrior & Mujahid of the 10th century.” Ghaznavi raided India 17 times, smashing temples, looting gold and taking back hundreds of thousands of male and female slaves with him.

Haqqani’s tweet celebrated this bloodthirsty medieval sultan as the warrior king “who established a strong Muslim rule in the region from Ghazni & smashed the idol of Somnath.” His brother is the interior minister of Afghanistan and the US Federal Bureau of Investigation still offers a reward of $10 million for his arrest. The Haqqani Network is responsible for some of the deadliest terror attacks in Afghanistan. From their declarations and actions, it is clear that their next target is jihad in Kashmir.

The Americans have long allowed Pakistan to play Pied Piper not only in Afghanistan, but also in Kashmir. Before the attacks of September 11, 2001, the US constantly lectured India on human rights, often at the behest of Pakistan. Washington failed to realize that much of the violence in Kashmir was being perpetrated by Pakistanis and Afghan irregulars. In 1995, the Sufi shrine of Charar-e-Sharief was razed to the ground by a Pashtun named Mast Gul who remains scot-free in Pakistan.

Once the Taliban took over Afghanistan in 1996, they sent jihadi fighters to Kashmir. Retired CIA officers remark that Muzaffarabad, the largest city in Pakistan-occupied Kashmir, became the watering hole for the most hardened Islamists on their way to fight jihad against India. To the west of Muzaffarabad lies Khyber Pakhtunkhwa, the Pashtun-dominated Pakistani province bordering Afghanistan. To its east lie the Kupwara and Baramulla districts of Indian Kashmir.

Because of Kashmir, Indian troops had extensive experience in counterinsurgency against militant jihadists from Afghanistan, which analysts in the US government were lauding as early as 2004. Yet the US neither sought nor heeded Indian advice on Afghanistan. Now that the Taliban are back in power, they will inevitably do what they did in the late 1990s: fight jihad in Kashmir.

Under the Taliban, Afghanistan’s economy has suffered a meltdown. The UN has warned that millions of Afghans might face starvation this winter. Even when American troops were in Afghanistan, there was a 37% increase in opium poppy production. Now, this production will grow exponentially because the Taliban have no other way to fund the national economy and they cannot afford to alienate local farmers. Europe will not only have to deal with increasing numbers of Afghan refugees, but also skyrocketing heroin imports. The US has absolutely no idea as to how to deal with the Frankenstein’s monster it has unleashed on the world.

For the first time, the world will have to deal with a state whose economy is based on narcotic exports. Globally, 85% of opium is sourced from Afghanistan and the heroin kingpins are now running the country. Therefore, it is in the economic interest of the state and its leadership to boost opium production. Pakistan will be a willing ally in the distribution of opium to keep the Taliban regime in power in Afghanistan and avoid more refugees spilling over across the border.

Earlier this year, Zulfikar Majid reported how Kashmir’s drug problem was worsening. Imports from Afghanistan have been rising so dramatically that even 10-year-olds are falling prey to heroin abuse. Kashmir is now firmly in the crosshairs and the map of Asia might soon be in question. The world has just become a more dangerous place and the US, notwithstanding its retreat from Afghanistan, is no exception.