After warning the nation of the danger of progressive Democratic presidential candidates intent on challenging if not dismantling a power structure that is governed by people like Nancy Pelosi, the speaker of the House has found a way of stepping into the role of the one who bravely calls into question the discourse of power. Pelosi has risen to the defense of a category of political actor she has in other circumstances either ignored or opposed.

“The whistleblower,” she tells a room full of reporters, “is there to speak truth to power and have protection for doing that. And any retribution or harm coming toward a whistleblower undermines our ability to hear truth about power. So I will defend the rights about the whistleblower vehemently.” To prove her commitment to the sanctity of the truth, Pelosi added, “But nobody — nobody, the president is not above the law, the president will be held accountable — and nobody should have the right to endanger whistleblowers.”

A claim sometimes made sincerely by powerless people against an abusive power structure and also used by those who already have power (though not enough to control the truth), or by those who seek power in order to have total control over the truth

Pelosi invokes what appears to be the equivalent of a moral principle. Whistleblowers must be protected in the name of their right to speak the truth and especially the citizens’ right to “hear truth about power.” She also invokes the universal authority of the law, claiming that nobody should be “above the law.” Presumably, the same reasoning applies to moral principles, from which no one should be exempted. And yet many are left wondering whether Pelosi hasn’t made a distinction between the whistleblowers she likes and the whistleblowers she doesn’t like — the first category requiring respect and protection, the second condemnation and prosecution.

In 2013, Edward Snowden leaked the truth about the National Security Agency’s spying on the American people. Most political moralists would consider this a revelation that citizens should be aware of in a democracy. But it was carefully hidden from the public. At the time, Pelosi made her position clear concerning the whistleblower who had fled to Moscow for his own protection: “I think that he should be prosecuted.”

Although some claim to have identified the person who blew the whistle on US President Donald Trump’s phone call with Ukraine’s president, Volodymyr Zelensky, everyone agrees that that whistleblower is a CIA analyst, who clearly has chosen to “speak the truth” about a single act of one man in power — the US president — but at the same time has chosen to remain silent about the power structure both he and Trump are part of. In other words, contrary to whistleblowers like Snowden or Chelsea Manning, who denounce grave flaws in the system, this person appears to be closer to the profile of a police informer.

Thus we learn that Pelosi will “vehemently” defend the rights of whistleblowers within the power structure but just as vehemently condemn those who expose that same power structure’s abuses. The whistleblower she is defending belongs to and remains loyal to the CIA and the ethos of the intelligence community. He has attacked a single person, President Trump, who exercises power as chief executive of the federal government.

Better than any other insight, this should provide a clue to understanding what Speaker Pelosi is about. As president, Trump can and will be replaced, either by impeachment, defeat in next year’s election or forced retirement in 2024. The power structure that includes many elements of government in all three branches and receives much of its guidance from the intelligence community will remain in place no matter who is president. Pelosi has been a fixture of that power structure since the Reagan administration in the 1980s.

Kiriakou is a former CIA operative who was accused, condemned and incarcerated for espionage under the presidency of Barack Obama, through the initiative of the CIA director and current MSNBC celebrity intelligence news analyst, John Brennan. Kiriakou’s crime, “committed” three years after leaving the CIA, was that of being the “first current or former member of it to publicly acknowledge that the CIA used torture, and that its use was official policy under the administration of President George W Bush.”

Pelosi had plenty of opportunities to come to Kiriakou’s defense but observed an obedient silence, perhaps because she thought that Kiriakou’s version of “truth about power” was one that citizens had no need to hear. President Obama offered a well-known excuse for not prosecuting any of the Bush administration officials for eventual war crimes, including torture: “We must look forward, not backward.” He didn’t apply it to Kiriakou, who was sentenced to 30 months in prison. While in prison, Kiriakou wrote an open letter to Snowden, which included this friendly heads up: “[T]he most important advice that I can offer, DO NOT, under any circumstances, cooperate with the FBI.”

Four hundred years ago, Francis Bacon wrote an essay on the notion of truth. In the very first sentence, he quoted the words and actions of a politician — the Roman governor of Judea, Pontius Pilate — who presided over the trial of Jesus of Nazareth. Bacon wrote, “WHAT is Truth? said jesting Pilate; and would not stay for an answer.” For 2,000 years, politicians have evoked the notion of truth before dismissing it as irrelevant to their duties and actions.

Bacon, who knew quite a bit about the politics of his time, could appreciate the relationship between politics and truth. Although remembered as a learned writer and scientist — some have imagined he was the “true” author of Shakespeare’s plays — Bacon was very much involved in politics at the highest levels. King James I appointed him to attorney general in 1613 and elevated him to lord chancellor in 1618. As attorney general, Bacon resorted to using torture when required. England had no constitution forbidding “cruel and unusual punishment” (the 8th amendment of the US Constitution).

In his essay on truth, Bacon identified a trend in human behavior, and in particular political behavior concerning the denial of truth. He called it “a natural though corrupt love of the lie itself.” He then attempted to distinguish between different types of lies and their effects, noting that “it is not the lie that passeth through the mind, but the lie that sinketh in and settleth in it, that doth the hurt.” In other words, anticipating Adolf Hitler and Joseph Goebbels, Bacon signaled the efficacy of repeated lies that people end up believing, lies that become vital elements of the status quo.

Whatever the policies may be that Nancy Pelosi believes in and is ready to promote, one thing is clear: She is committed to defending not so much the rights of whistleblowers to speak or even of citizens to hear, otherwise she would defend all whistleblowers and celebrate the startling revelations of Chelsea Manning and Edward Snowden. What she steadfastly defends is the status quo. That appears to be the passion of the Democratic Party’s establishment and a passion that Pelosi dutifully shares.

On the question of whistleblowing, she does speak from a position of authority: “I have more experience in intelligence than anybody in the Congress, anybody who has ever served. 25 years on the committee as a top Democrat.” And yet, in her discourse, Pelosi isn’t clear about whom she considers a whistleblower (she apparently excludes Snowden, Manning, Kiriakou and others) or whether the one she qualifies as a whistleblower may simply be an informer or a “busy-body.”

When Pelosi recently attacked progressive presidential candidates in her own party for forgetting the essential — that it’s all about winning elections rather than responding to the needs and the will of the people (polls show a majority in favor of both Medicare for All and a wealth tax) — she made it clear that governing required protecting not only whistleblowers, but especially the status quo.“Protect the Affordable Care Act,” she declared, complaining that “Medicare For All has its complications.”

Yes, the truth always tends to contain complications, whereas the status quo just is and simply requires occasional maintenance. But should that be a reason for rejecting the truth concerning what people want and what nearly every government in developed nations has been capable of implementing?

Her message decidedly had few complications: “Remember November. You must win the Electoral College.” In other words, respect the status quo, even when you know that it was the Electoral College and not the people that gave the nation George W. Bush in 2000 and Donald Trump in 2016. 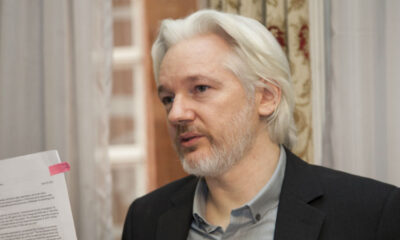 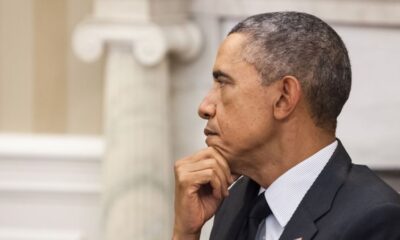