The sad tragedy of US President Donald Trump’s precipitous decision to suddenly abandon the Kurds of northern Syria is that it may have been inevitable. Turkey had long warned the Americans that it viscerally opposed its partnership with the People’s Protection Units (YGP) — a Syrian Kurdish militia. Seen by Ankara as an affiliate of the long-banned Kurdistan Workers Party (PKK) of Turkey, there was no way that this partnership with its NATO ally, the US, would ever be acceptable. It might lead to a Kurdish-controlled region along its border with Syria. Sooner or later, the US and the YGP would have to part ways. But it was the way in which it was done and the absence of any effort to mitigate the results through diplomacy that make this decision so monstrous.

Deliberate and serious diplomacy between the US, its allies and Turkey, with proper consultation with Syria’s Kurds, could have resolved this dilemma. Both sides were more than capable. It would have preserved the vital alliance between two founding NATO members without casting the Kurds to an unknown, though likely dark, fate. What the US side lacked, however, was the backing of its president. Donald Trump, who has repeatedly demonstrated his ignorance of diplomacy and its value, seemed driven to only one solution, suitable to him and him alone.

The Syria move confirms that the leader of the world’s only superpower makes decisions based on misinformation, simplistic perceptions and no consultation. To make matters worse, he’s compulsively impulsive, a condition apparently exacerbated after speaking with autocrats like Turkey’s President Recep Tayyip Erdogan. What this means for issues of global importance, such as the current US-China trade dispute or North Korea’s growing arsenal of nuclear weapons, should alarm not only Americans.

No president in modern US history has governed in such a cavalier manner. Typically, American presidents are thoroughly briefed by CIA experts and senior policy advisers on both risks and options. Moreover, all presidents since the end of World War Two, as well as their relevant senior cabinet members, senior military officers and senior diplomats, consulted extensively with US allies. And all of that would happen before final options were considered and a decision made. Trump effectively bypassed all of that and resorted to … well, no one is sure. Perhaps gut instinct, the “great and unmatched wisdom” — who can know?

The Kurds and the Syrian Democratic Forces (SDF), of which the YGP was the major component, are now victims of that erratic decision-making process. To be honest, neither the region nor its forlorn population is of existential consequence for the United States. But abruptly abandoning an ally that had fought valiantly alongside Americans will not quickly be forgotten by the Syrian Kurds or any of America’s allies. Surely, Israel, Jordan, South Korea, Poland, the Baltic States or any of America’s dozens of allies and friends around the world that have staked their security on the US alliance must now be asking themselves if the same fate could befall them. Saudi Arabia, too, may now face a new future, though it may be an exception given Trump’s fondness for those who pay and sign big-dollar defense contracts. Pity poor Afghanistan — it may be next on Trump’s “bloody sands” list.

America’s extensive network of allies and friends has become not just the trademark of its national defense and foreign policies. More than anything else — more even than its formidable military might and economic power — that alliance network has been the fulcrum, the indispensable sine qua non, of American post-World War II security and global influence. Since assuming office almost three years ago, Donald Trump has set about vitiating that network at every turn, whether denigrating NATO, belittling the alliance with Japan and South Korea, or insulting its two closest neighbors, Canada and Mexico. Leaving the Kurds to fend for themselves may be more poignant but far less impactful for the US.

The US decision to leave Syria isn’t just life-altering for its Kurdish population. It is also devastating for Syria’s Arab population. Many of them had long ago likely abandoned hope of realizing a positive outcome to their nation’s deadly and destructive civil war. Nevertheless, they may have clung to some scintilla of feeling short of despair, with the Americans holding a modicum of leverage for a final, potentially positive, outcome due to US presence in the northeast and the Kurds’ combat successes.

That leverage was given away by Trump after his phone call with President Erdogan. After nearly nine years of indescribable suffering and devastation, all they will have to show is lives lost in vain or forever disrupted, and a nation laid waste, with Bashar al-Assad astride the ruins.

America’s master dealmaker surrendered the only advantage the US may have had in realizing a suitable end to the conflict. He got nothing in return, either for the US or for the citizens of Syria. He has subsequently claimed credit, however, for a breakthrough in the crisis and for saving Kurdish and American lives, this delusion another trademark in his governing style. One suspects the Syrian people would laugh at such self-congratulatory pronouncements, were it not for their miserable state and grim future.

Instead, Erdogan, Assad, Russia’s President Vladimir Putin and Ayatollah Ali Khamenei of Iran may all claim an unqualified victory as they stand amidst the rubble. The script of the Syrian Civil War’s last chapter could not have been written more perfectly, thanks to Donald Trump. Osama bin Laden’s prediction of America’s overseas adventures was proven correct: “Look at Vietnam, look at Lebanon. Whenever soldiers start coming home in body bags, Americans panic and retreat. Such a country needs only to be confronted with two or three sharp blows, then it will flee in panic, as it always has.” Over the course of some five years, the tally of body bags from Syria was eight Americans. More than 11,000 Kurds were killed in the fight against the Islamic State (IS) in Syria. They were prepared to continue fighting alongside their American allies.

And what of President Trump’s claims of getting Americans out of the Middle East’s endless wars? He may wish — though contrary to his apparent instincts — to consult his generals and senior diplomats. One doesn’t end wars by merely walking away. America, and indeed the entire West, faces a forever enemy in the Middle East and South Asia. Groups like IS, al-Qaeda and others of the same ilk have declared permanent enmity against the West, with the US sitting at the top.

Their war is far from over. Therefore, the world and the United States can expect to hear from a reconstituted Islamic State, which still numbers 15,000 to 20,000 fighters in Syria and Iraq, with thousands more now positioned to rejoin its ranks. America will face an endless war until it and its allies understand they must forever vanquish their forever enemy, and not before. Wars do not end merely because one side, or one side’s ill-informed president, says so. Just ask the people of Syria. 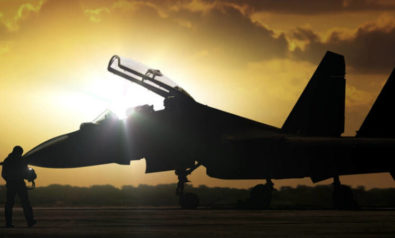