If a poet is said to translate the language of the universe, Octavio Paz offered a refined epitome of such a transaction.

For a man who did not relish writing, Mexico’s most renowned poet, Octavio Paz, simply savored and enjoyed its result, be it plaudits, or brickbats. He never used the good old typewriter, the word processor or computer. He always wrote by hand — the creator’s most simple yet powerful tool — the oracle and symbol of human creativity. Not only that: Paz worked just a little each day, read poetry and the companionable dictionary — something which he often called his adviser, his elder — the awesome threesome that made him perceive the light and shadow effect of our living planet as one whole.

Octavio Paz’s writing is eternal. It’s not only renowned for its vibrant mellowness, but also for its trance-like allegory in dealing with metaphysical questions. Paz’s work is also a quintessential, artistically crafted canvas of surrealism — of a classy framework that exerts more than a profound alchemy on Paz’s towering, uplifting genius and wordy luminescence, juxtaposed by their myriad underpinnings, or trappings, of Marxism, existentialism, Buddhism and Hinduism, among other influences. The bearing is obvious: Paz’s most prominent motif is every human being’s natural, or inherent, ability to overcome one’s existential solitude through sublime love and artistic creativity.

Paz’s sense of surrealism was intense, almost phosphorescent, political, passionate, complex, moralistic, fervent and, perforce, delicately lonely. The world’s pride and delight, Paz was an institution in himself, and more than just man and talent. He was doubtless a great author — of more than 20 books, founder of a host of journals, including Mexico’s most erudite magazine, Vuelta (1976-1998), a professor at Harvard (among others) and winner of the 1990 Nobel Prize for literature. Peruvian novelist and Nobel laureate, Mario Vargas Llosa, considered Paz “one of the greatest poets that the Spanish-language world has produced.”

Born on March 31, 1914, in Mexico City, Paz’s background mirrored several elements of conscious evolution, especially of his gifted mind. His father, a lawyer, was of Mexican-Indian descent; his mother was a Spanish immigrant. His family was quite well off, until the Mexican Civil War played havoc and ruined them financially, taking away wealth and dreams. Paz’s early years were spent in poverty, on the outskirts of his hometown. The changed status, not to speak of its accompanying pain, left its mark and manner, and more than just a deep imprint, on the future poet and his fertile yet troubled psyche.

It was a Freudian setting, but it made Paz decipher objects through an artist’s mind and eye. Paz’s canvas was Freudian, his color perception Jungian and his framed representation, possibly, Skinnerian. The outcome? Simple — genius unbound, a genius with more than an element of Plato’s divine frenzy.

Paz attended Catholic schools. But their teachings never appealed or attracted him. He wasn’t a great student either. His forays into academia at the National University of Mexico were unproductive, and he left without getting a degree. Yet destiny was manifest. Aged just 19, Paz published his first book of poetry, Luna Silvestre (Forest Moon), followed by more volumes, which gave him the pedestal, and status, as a writer of promise and substance, one who had a great future in the world of words.

In 1944, Paz first came to the US on a fellowship. Money was a problem again, but it propped him on — he never ran short of ideas. A year later, Paz joined Mexico’s diplomatic corps. The job took him to France, Switzerland, US, Japan and India — a country that was to influence him profoundly.

For the next two decades, Paz wrote prodigiously. He did what he liked best — discovering Oriental traditions. In 1950, one of his essays, The Labyrinth of Solitude, hit Mexico like a storm and changed its philosophical landscape. It was published in English five years later and penetrated what Paz called the “underbelly” of Mexico. It was also a watershed — a work that highlighted the “indecipherable anguish of a race born in violence and obsessed with the past.” “The Mexican,” wrote Paz, in The Labyrinth of Solitude, “seems to me to be a person who shuts himself; his face is a mask and so is his smile. … The Mexican is always remote, from the world and other people. And also from himself.” Perfect words, embellished with a profound, yet delicate, sense of logic, and poignancy.

The entire chemistry of Paz’s feelings was typically Mexican, its heart and soul. A passage from “Sun Stone” (1957), his most celebrated poem, brings the point home: “a bright hallucination of many wings/when they all open at the height of the sky … the sun has forced an entrance through my forehead,/has opened my eyelids at last that were kept closed.” Call it universal appeal or what you may, and you have Paz, the quintessential craftsman, with a dexterous flair for words and sequence.

It goes without saying that Paz, notwithstanding his synthesis of world experience and clear vision, was relatively unknown outside Latin America, until many of his monumental works were translated into English in the 1960s and the 1970s. The rest — as the cliché would go — is both poetry and history.

Paz, the diplomat and writer, came to love India. It was during his time there, between 1962 and 1968, that he met the charming Frenchwoman, Marle-José Tramini, and married her in 1965. All was hunky-dory. However, Paz’s ambassadorial calling in New Delhi came to an abrupt end when he resigned in protest of the somber massacre of students by government troops at Mexico University in 1968. He was back to teaching — now at Cambridge and Cornell Universities.

While it signals honor that Paz has been acknowledged as one of Latin America’s greatest writers, it is a travesty that his essays, which offer a sophisticated critique of global modernity and a refined line of reasoning on contemporary thought in the social sciences and philosophy, have not been embraced in these two disciplines. As Oliver Kozlarek, the editor of Octavio Paz: Humanism and Critique, explains and sums up the paradox, “Paz’s work is intimidating! Its scope, in terms of both topics and forms, being difficult for the conventional academic disciplines to deal with.”

A closet Marxist in his youth, Paz became sobered through experience. He denounced “the simplistic and simplifying ideologies of the Left” — a clear volte-face from his The Labyrinth of Solitude days. It was something that made him a sitting duck to critics. Paz’s tenets on free-market economy drew more than just flak from Mexico’s political spectrum. What’s more, the right wing cajoled Paz for his hypocritical views. That he had a clear sympathy for the right complicated his image somewhat too — the difference being of degree, if not substance. All the same, such complexities did nothing to deter Paz in his pursuit of truth — of truth which he thought was not only just, with changing global equations, but equitable too.

Paz was appointed the curator of the Privileges of Vision — a representative autobiography of his life and work — at Mexico City’s Museum of Contemporary Art in 1990. The exhibit is a revelation of a definitive connection between culture, time and language — of ideologies closely related to Paz’s own perceptions. His poem “This Side” bids fair to the simile: “With shadows I draw worlds/I scatter worlds with shadows/I hear the light beat on the other side.”

If a poet is said to translate the language of the universe, Paz’s saga was a refined epitome with such a transaction. More than that, his poetry, exquisite and visual, was also a slick, fruitful union of culture and love: of the old with the new, of the modern. Maybe one could think that verse isn’t just a popular form, at present. Not really. For Paz, poetry was an essential part of human life — a memory of a country, of language.

Paz, who died on April 19, 1998, was beyond question a great admirer of technology and the infobahn. He always felt that it was folly to say that the world was at the end of the arts if one contends that modern culture and communication could lead to bland, soporific artistic standards. He argued we are at the end of some kind of art, nothing more. It sums up Paz, a visionary who thought that the 21st century was just not a monologue of reason, but a dialogue between human beings and cultures — all thanks to the new “borderless” cultural ball that has been set rolling in the world of art, and its environs, today. There won’t be another like him again.

*[A version of this article was originally published by On Line Opinion.] 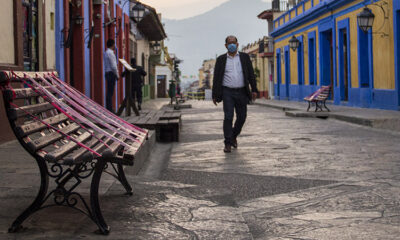 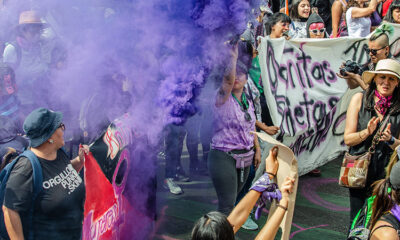