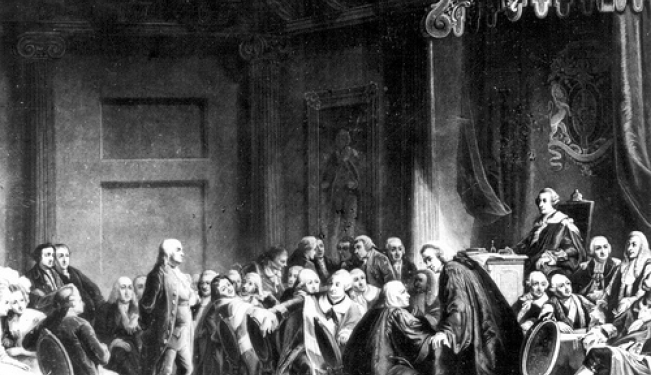 Would scientists really make good politicians? Insight into why this might be so.

There are a handful of people these days who would like to see more scientists and engineers getting into politics (see Aug. 8, 2011 NYT article titled: “Groups call for Scientists to Engage the Body Politic”). In the midst of the personal convictions that the technically-minded should play their part in societal decision making, there is also an apparent skepticism that such convictions will ever lead to a pronouncedly scientific body politic.

Not only do I reject this skepticism, I would argue that these groups who are encouraging their laboratory comrades to step to the podium need not be anxious at all for their hopes to be realized. A pretty potent formula for a technocratic rise is being brewed. Add a little patience to the mixture, and I should believe that the hopeful-while-despairing few will find themselves pleasantly surprised that the odds have been turned in favor of the technocrat.

Let’s take a look at four of the ingredients for this potent formula:

1. “Transparency is becoming the new objectivity”

A recent article in The Economist (June 2011, “Foxification”) did well to demonstrate the trend in journalism toward social media, and the forthcoming side-benefit of journalism with opinion, as opposed to the traditionally bland objectivity that has been perceived as the moral high ground in journalistic work. Now the value of that objectivity is diminishing with the onslaught of journalistic competition, and the hyper-availability of news to the average reader/viewer/listener/blogger…. Hence, exercising principles of transparency can maintain the integrity of the news, coupled with the journalist’s opinion on the matter (hopefully an intelligent and well-founded one) will add the value that the news agency needs in order to compete with other news media and attract subscribers.

So, what is the link between a journalist being justified in giving her opinion, and technocracy? If indeed transparency becomes the new objectivity, scientists are also more free, like journalists, to write, speak and act based on their opinion, and their integrity as scientists is not thereby discredited, not the least by their own scientific community. In fact, the integrity of the scientist, or engineer for that matter, is then uplifted to a status where the scientist’s knowledge finds direct and visible practical channels.

2. Politics – the natural next step

It is no novelty to submit that human nature has the ubiquitous characteristic of a particular thirst for power. It would be equally natural for scientists, engineers, and techies, to find the natural course of their professional lives ending up in politics. There would be particular propensity for this to occur should they become successful and affluent. Whatever venue is available to the human to exercise its domain will be seized. Although stereotypical bookish and laboratory-inclined fellows may not have the same outgoing drive for the public spotlight as, say, the average businessman, history does not always run its course based on averages. Figures like Benjamin Franklin (a scientist very much in politics – or perhaps a politician, very much in science), may not be the first people that come to mind when someone says “scientist”, but there have been many such figures.

3.  Public perception of the techie is changing

When the throne is empty, there is usually little trouble in finding someone who would like to fill it. The more pressing question is, “who will be deemed worthy?” Given the failure of professional politicians to maintain high esteem from the public eye, you might turn to businessmen. But fat-bellied wheelers and dealers are not exactly super appealing in a crisis / post-crisis economy (not that we’re necessarily anywhere near a true post-crisis position). So, who do you turn to next? The well-trained, intellectually honed, practical, and result-minded, smarter-than-the-voter candidate provides for almost the only other plausible option. The political field is ripe for a ‘scientific spring.’

4. Techies are no longer just geeks

One thing the dot-com billionaires may have done is to create an alter-persona for the computer savvy. Steve Jobs, Larry Page, Mark Zuckerburg, and the like are household names. Al Gore did pretty well in fashioning his image as an enviro-technocrat (leaving validity debates aside), although it might have worked better for his political image in Europe than in the US. Creative energy, innovative, revolutionary, successful, fun, young, and rich, are words that are easily associated with the Silicon Valley legends, and their offshoots. Not that all this has come into being without tarnish, but in the end, the technologically savvy have a very different persona than they did a generation ago. This shift can mean a lot when tallying votes.

Of course, all of this is not to suggest a grand Veblen-type course, which is to say that we are on a pre-determined path toward a technocratic utopia. More simply, societies are full of cycles; this is probably just another one of them. Admittedly, suggesting that we are currently heading for governments with a higher potency of engineers and scientists, I rely on little more than an intuitive hunch. But given the composition of the above ingredients, the chemistry might just speak for itself.