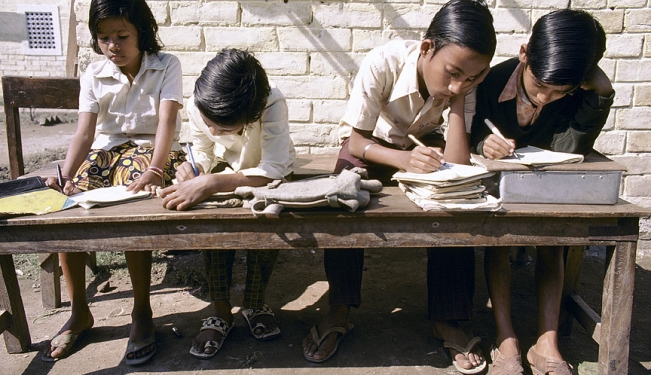 Rohit Kumar gives an employer’s perspective on hiring and employment of skilled labor in India. The educational system needs a major and speedy overhaul if India is to compete globally and become a center for high quality products and services.

–        India produces 2.5 million graduates a year, including half a million engineers

What more could employers ask for?

Look a little deeper and you soon discover that the numbers don’t tell you the true story. India does produce millions of graduates a year but what fraction of that is indeed employable? If you ask Infosys, they say that only 2% of the 1.3 million applications they received were acceptable.

India itself is to be blamed for this strange situation. Take a simple example: for most of the last century the Indian economy was about farming and manufacturing. Then came services in the form of information technology and put India firmly on the global map.  The Indian education system hasn’t been able to keep up with the speed of economic changes in India. The result is that while those fantastic IT companies have enough engineers to do the programming and data management to support all sorts of IT services, they do not have sufficient talent to develop a truly world class software product.

The antiquated Indian education system still produces talent similar to what it did in the 90s. The graduates are highly trained in quantitative and analytical skills but lag behind the West when it comes to the humanities. This creates a glass ceiling for the Indian growth story. Our industries will continue to change and we can’t stop it. This is globalization where convergence of practices and businesses is the end result. If on the demand side, which is employers, we see a convergence of global practices then the supply side also must adjust to this change. If not, we face the grave danger of stalling our own growth.

These concerns have also been raised by the Federation of Indian Chambers of Commerce and Industry (FICCI) and by various other industrial associations. The unfortunate truth is that the policymakers are not only slow in responding but are also misguided in their responses. Case in point, in June 2011 the All India Council for Technical Education (AICTE) lowered the standard of grades required for entry into polytechniques. Earlier the threshold was set at 50% and now it is set at 35%. The implication will be that going forward there will be lot more people entering the job market without the proper skill set. It is not the graduates who are to be blamed but rather the system which encourages people to be driven completely by books and numbers rather than by?

China, which is years ahead of India, foresees similar challenges posed by its education system which it knows will play a key role in its growth’s inflection point. If China needs to go beyond being the factory of the world, then it needs the required talent in abundance. India has the advantage of watching China closely, observing its mistakes and learning how the education inefficiencies play out in an economy’s growth curve.

So far, things are changing only in the private sector. What India needs is solid reform in its public education system.