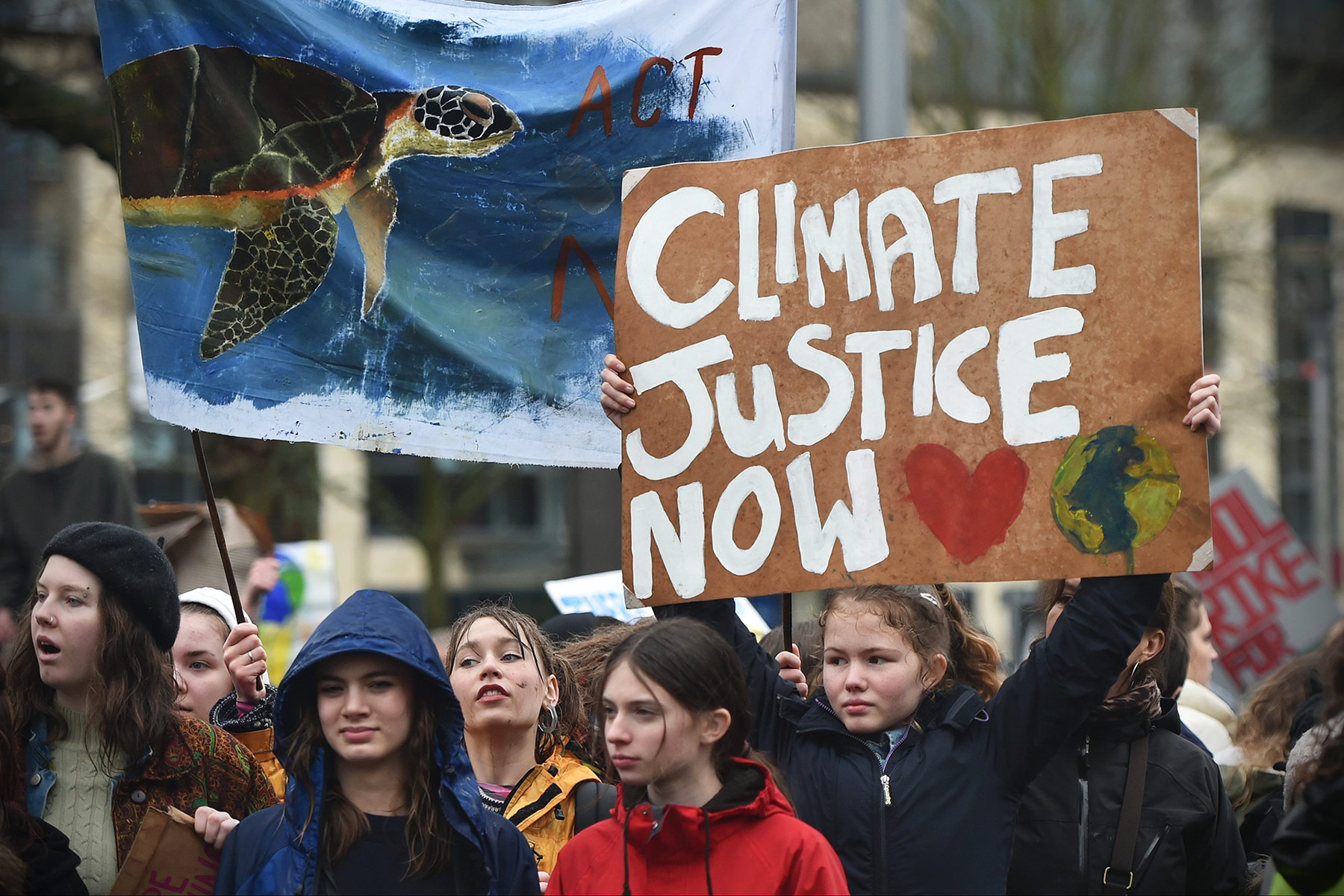 These past two years have made the international community finally realize that complex global challenges and crises will not go away easily and are likely to become the norm rather than the exception in this turbulent 21st century.

First, the COVID-19 pandemic is obviously far from over. While global vaccine distribution continues to be spotty and a matter of economic and political privilege rather than equality and fairness, new variants of the virus such as Omicron continue to emerge and suggest that the largest global health crisis in at least a century is here to stay for the foreseeable future.

It is tragic that the shortsighted, irresponsible attitude to just and equitable global vaccine distribution has now become the root cause for a seemingly infinite loop of viral mutations and spread. Indeed, the policies that are adopted by some countries allow new variants to incubate where vaccines are scarce, only to soon boomerang back to nations that are hoarding doses and patents alike.

Second, the rapidly deteriorating situation, the stunning collapse of the status quo and public order, and the ongoing humanitarian and human rights crisis in Afghanistan remind us of the inherent vulnerability and fragility of the international order and its institutions. Afghanistan is but one example of a fundamental shift in global and regional geopolitics and balance of power that is now ubiquitous. The consequence is that human security and justice seem to become even more disposable than before.

Third, the 6th Assessment Report of the Intergovernmental Panel on Climate Change (IPCC) affirmed that the global climate crisis is not only real and impactful but certain to increase, perhaps exponentially, and become even much more destructive, disruptive and deadly than previously projected.

At the same time, the COP26 climate summit in Glasgow reinforced the widespread fear that it is increasingly unlikely that the 1.5˚C goal sealed in the Paris Agreement — perhaps even the 2˚C fallback position — can still be reached, meaning that unimaginable threats like mega heatwaves, floods, droughts, hurricanes and blizzards, food crises and famines, mass migration and violent conflicts are to be expected to rise throughout this century.

COP26, unfortunately, was more of the same: cynical delegations of certain industrialized countries, as well as ruthless fossil fuel lobbyists, coerced poor countries already hit hard by climate change into a defensive mode and dictated a watered-down compromise that is far from adequate. Despite some mitigation pundits — typically white, male and Western — praising COP26 for “keeping the 1.5-degree goal alive,” the point is not about what’s hypothetically feasible but is very much about what has been done and continues to be done to this world’s poor, marginalized, underdeveloped, disenfranchised and remote people?

Much of the Conference of Parties process carries the handwriting of neoliberalism and neocolonial rule. If those people in the South Pacific, Africa, the Middle East, Latin America and elsewhere count, then why has the 2009 promise of COP15 in Copenhagen to make $100 billion in support of adaptation needs available still not been met, even to 50%?

Why do the world’s worst greenhouse gas emitters still refuse to pay a single penny for the loss and damage to developing nations that they are responsible for? How dare wealthy carbon-emitting countries refuse to commit to immediate and drastic emission reductions knowing that their selfishness will kill millions of people, wipe out entire species and make much of this planet uninhabitable?

See a pattern? What COVID-19, Afghanistan and climate policy as a global phenomenon have in common is the toxic mix of short-sightedness, selfishness and ruthlessness with which international solidarity, collective action and the noble cause of pursuing equality, dignity and justice in international relations are being sacrificed for short-term gain, dominance and privilege.

Forty years of largely unregulated capitalism, economic globalization and neoliberal rule have not furthered the spirit and goals of the UN Charter. They have ruined our planet, its ecosystems and habitats, and left humanity in a state of shock, turmoil and disintegration — closer to what Hobbes’ “Leviathan” described as the state of nature.

By the way, climate change adds to other global risks and threats: It is intersectional, cross-cutting and compounding. Zoonoses, and therefore epidemics and pandemics, are on the rise also because of changing climates, temperatures, precipitation, humidity, biomes and expanding human habitats. Wars such as those in Sudan, Yemen and Syria have been precipitated by climate change, desertification, water shortage, crop failure and hunger — as is forced migration as a mass phenomenon. The list goes on.

We simply can no longer afford a business-as-usual approach or even a moderately progressive approach, let alone a backward approach. This century of complex crises requires a whole new type of global action and response unlike anything before it because peace, security, prosperity and statehood are at risk globally. New, innovative and disruptive legal, economic and political tools are needed, paired with technological advances, ethical and sustainable investments, social movements and large-scale behavioral change.

Ultimately, the climate agenda — and with it, many other issues of global concern — is a matter of global justice and survival. Measures and instruments must be atoned to yield the safety and well-being of the poor, the marginalized, the disenfranchised and the underserved. The resilience of the weak will determine the fate of the whole. If that is the case, humanity — and alongside it, other species, ecosystems and the planet — will benefit as a whole. If it isn’t, today’s hubris, ignorance and selfishness will come back as a mighty boomerang, much like Omicron, to haunt many wealthy nations.

*[This article is submitted on behalf of the author by the HBKU Communications Directorate. The views expressed are the author’s own and do not necessarily reflect the University’s official stance.]