The International Monetary Fund (IMF) has changed. Gone are the days when it would use its lending powers to strong-arm countries into adopting a slate of “free market” reforms that put the interests of investors before those of the people — or so it claims.

The IMF truly has progressed since the heyday of the Washington Consensus in the 1990s.  Combatting inequality has been incorporated into its mandate and is now one of its own criteria for success, at least nominally. Capital controls, previously frowned upon by many mainstream economists as an impediment to globalization, are now recognized as a potentially useful tool for developing countries. And concerted, if inconsistent, efforts have been made to reduce the burden of conditions attached to IMF loans.

These are real improvements, and commendations are due to those inside and outside the organization who fought for them. But beneath these much-publicized reforms, the fundamental structure of the IMF’s approach remains the same. Today, as before, the organization privileges the interests of businesses and investors over the needs of the people it purports to help.

Nowhere is this clearer than in Ecuador, where President Lenin Moreno’s implementation of a $4.2-billion IMF loan agreement sparked a wave of mass protests led by a coalition of students, workers and indigenous groups.

Moreno came to power in 2017, after the left-leaning former President Rafael Correa’s occasionally deficient but generally successful decade in office. From 2006 to 2016, per capita GDP growth rates more than doubled on average, and inequality fell considerably. The percentage of people living in extreme poverty — defined as those earning roughly $48 per month or less in today’s dollars — was cut almost by half, in part due to significant increases in social spending on health, education and housing.

Much of these gains were enabled by an extractive development model and windfall from high international oil prices. But when those prices plummeted in 2014, Correa’s administration weathered the storm better than many other oil-exporting countries, in some measure due to Ecuador’s intentional default on $3.2 billion of historical debt that Correa criticized as illegitimate.

After winning an election campaign during which he promised to continue Correa’s policies, Moreno unexpectedly broke from his predecessor and shifted the country sharply rightward. The IMF agreement, signed in March, solidified this shift — and reveals how little the IMF has really changed.

First and foremost, the agreement is a classic austerity package, mandating dramatic cuts in public spending on the order of 6% of GDP over three years. Mark Weisbrot, co-director of the Washington-based Center for Economic and Policy Research, estimates that this budget tightening will entail “firing tens of thousands of public sector employees, raising taxes that fall disproportionately on poor people, and making cuts to public investment.” This, in turn, will lead to higher unemployment, an increase in poverty and an economic downturn that will be longer and deeper than even the IMF’s own projected recession. The country’s current unrest was sparked by one piece of this austerity program — a sudden and significant cut to fuel subsidies.

Second, the agreement calls for the suppression of labor rights. In addition to the firing of public workers, the IMF package mandates reduced public sector benefits and a decrease in the public sector minimum wage. The agreement’s “flexibilization” reforms, which apply to the private sector as well, include looser restrictions on worker dismissals, weaker regulations on hours and overtime pay and fewer protections for contracted workers.

Third, the agreement pushes for a reduction in capital controls. In doing so, it contravenes even the IMF’s own supposed evolution on the topic, and makes Ecuador susceptible to the same volatile “hot money” flows that resulted in numerous catastrophic financial crises during the 1990s.

The agreement also makes Ecuador’s tax system more regressive, moves toward the privatization of publicly owned enterprises like airlines and utilities, and undermines Ecuador’s state-led development model by weakening the role of the development planning ministry in the budget process. Beyond its specific provisions, the agreement as a whole has been criticized by Ecuadorian civil society groups for what they claim to be an unconstitutional circumventing of the legislature.

Ecuador is not alone. Egypt, under the authoritarian, US-backed hand of Abdel Fattah el-Sisi, recently implemented austerity policies mandated by the IMF that have led to rising poverty, deepening inequality and the slashing of social benefits. In 2018, the prime minister of Jordan was forced to resign following mass protests against a similar IMF program. And in Argentina, anti-austerity demonstrators have adopted the potent slogan of “FMI = Hambre” — IMF equals hunger.

Austerity, suppression of labor, capital liberalization, regressive taxation, privatization, by-passing of the democratically elected representatives of the people and the use of state force to suppress resistance — to those who endured the IMF programs of the 1980s and 90s, this all surely sounds familiar.

Fortunately, this may not be Ecuador’s future. After weeks of unrest, Moreno was recently forced to concede, promising to cancel at least part of the package and work with indigenous leaders on a negotiated alternative. Whether this promise is kept, and what the compromise looks like, remain to be seen. For now, though, the people have fought back, and won. But their very need to do so exposes how little the IMF has changed. The IMF’s agreement with Ecuador would likely have been even worse a few decades prior. But to those forced to suffer under austerity today, that is likely cold comfort. 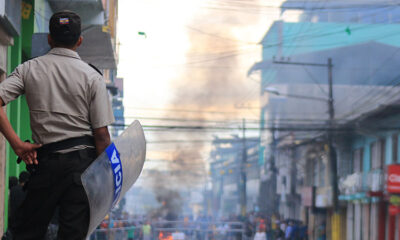 For Lenin Moreno, Ecuador’s Economy Is a Key to Staying in Power 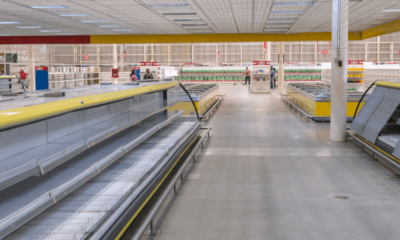 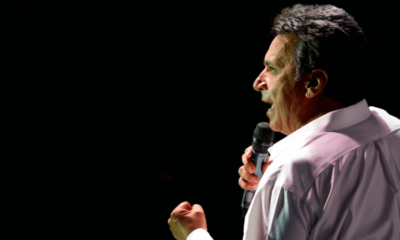 Moreno Is Breaking Ranks with the Correa Administration