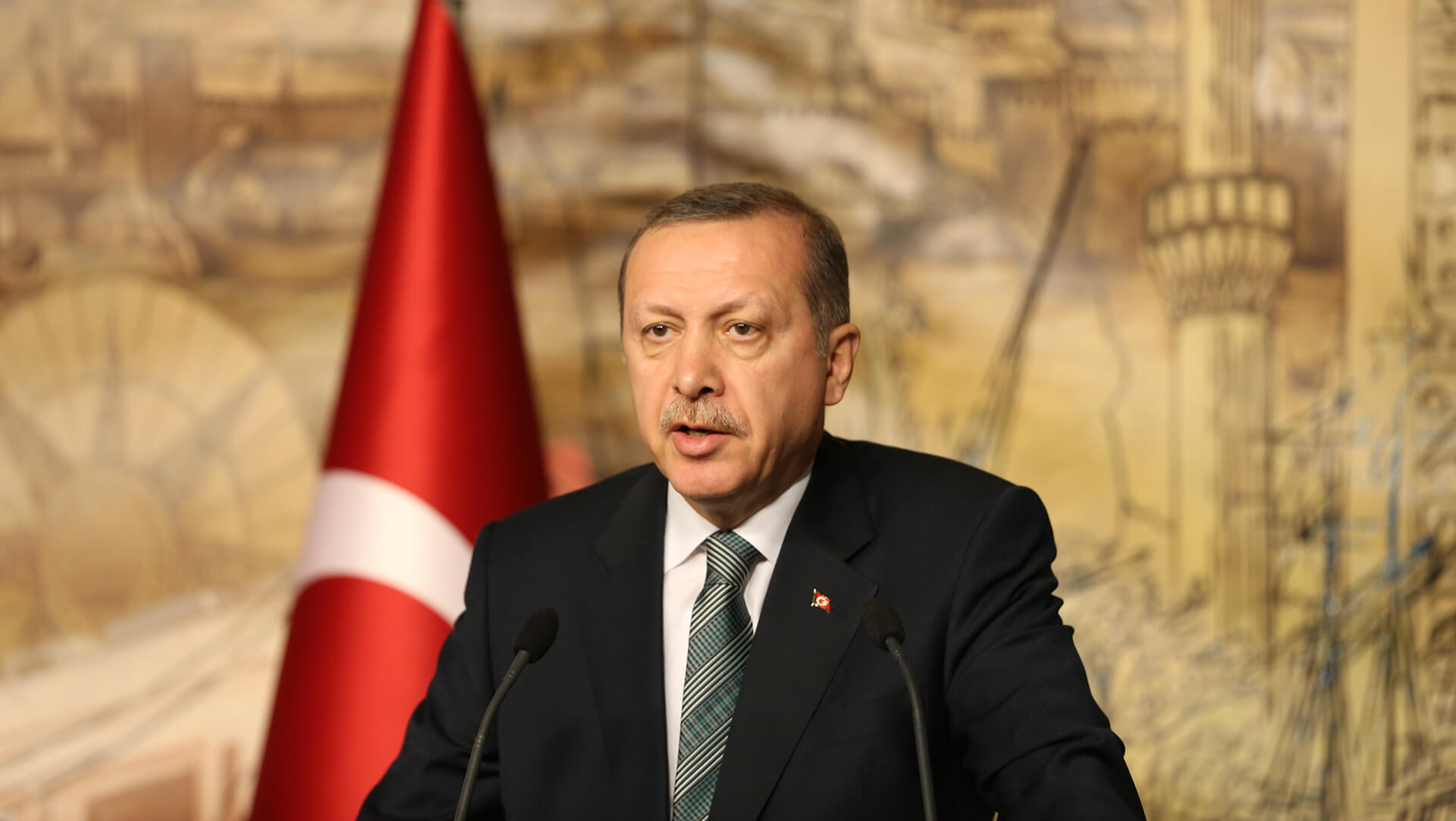 Turkey joined NATO in 1952, the year the late Queen Elizabeth II acceded to the throne of the United Kingdom. At the time, Turkey played a critical role in Eurasian geopolitics, not only because it occupied the gateway between Europe and Asia, but also because, as a non-Arabic Muslim country, it represented an obviously pivotal historical presence in the oil-rich Middle East.

Though once the core of the Byzantine and then  the Ottoman Empire, Turkey’s presence in NATO represented for the West far more than a merely symbolic position in an American strategy aimed at containment of the Soviet Union. A decade later, though the fact was long kept secret, Turkey was to emerge as the card President John Kennedy could play to save the world from a nuclear holocaust by defusing the Cuban Missile crisis in 1962. Once Kennedy had consented to withdrawing US nuclear missiles from Turkey, Soviet Premier Nikita Khrushchev could agree to denuclearize Cuba. This act of “cowardice” in the eyes of US militarists could not be made public at the time.

Turkey has recently been very much in the news recently, following Russia’s invasion of Ukraine in February. Ankara hosted the high-level peace talks between Ukraine and Russia that, at one point, almost appeared to produce a result in late March. President  Recep Erdoğan has since repeated his wish to sponsor more talks. More significantly, after first threatening to use his veto against the admission of Sweden and Finland into the NATO club, Erdoğan did an about-face.

The Americans rejoiced at the display of unanimity, but it turns out Erdoğan has another trick up his sleeve to keep his allies on their feet. Al Jazeera reports that Erdoğan, after insisting on maintaining “a policy of balance between Ukraine and Russia,” last week launched an ominous warning directed towards the powers in the West: “As long as you try to wage such a war of provocations, you will not be able to get the needed result.”

A largely verbal modern art form created in the United States designed to replace a much older and far less efficient artform known as diplomacy.

In his remarks, Erdoğan teasingly demonstrated the kind of historical analysis the US State Department has banished from its own discourse. By repeatedly calling the Russian invasion “unprovoked,” US officials and the American media have branded as heretical everything serious analysts such as George Friedman and John Mearsheimer have been saying for the past seven years: that certain actions by the US in the past may have had the effect of provoking Russia’s invasion. The case can credibly be made that the provocations were specifically intended to lure Russia into a quagmire.

Until Erdoğan’s complaint about a war of provocation, no member of NATO has dared to counter the official line, even if French President Emmanuel Macron’s call in June to avoid “humiliating” Putin implicitly acknowledged a possible justification of Russia’s response to repeated provocations ever since the 2014 coup and the failure of Ukraine to implement the Minsk agreements. In the same interview, Erdoğan reiterated his conviction not just that there have been provocations, but that it defines the policy of a country he refrains from naming. “I can say very clearly that I do not find the attitude of the West, no need to mention names, to be correct, because it is a policy based on provocations.”

So much for a unanimity of bellicose intentions of all those involved in NATO. Erdoğan seems to be saying that one can be part of the military alliance and not necessarily follow the leader on all occasions. Dissidence is possible. In this particular case, Ukraine is not part of NATO. That means Turkey has no commitment to Ukraine’s cause, while having the power to veto or simply ignore decisions made by NATO countries but not covered by the terms of the alliance.

Until now, every other member — including future entrants, Sweden and Finland — has indicated its willingness to obediently follow suit on a mission defined essentially by the United States. That does not mean that at some point, not only Turkey, but one or more other European countries exasperated by what increasingly resembles another American forever war that threatens their own economies, may not opt out of an adventure essentially designed to bolster the US defense industry and reinforce American global hegemony.

But the potential absurdity signaled by Erdoğan’s position doesn’t stop there. According to Business Insider, Greece – itself a member of NATO – has begun complaining that Turkey is planning an invasion of Greece. Now that raises a deeper existential question about the nature of NATO than the acquiescence of the alliance’s members in the US proxy war against Russia. The author of the article, John Haltiwanger reports that “Erdoğan over the weekend accused Greece of occupying demilitarized islands in the Aegean, warning that Turkey will do ‘what’s necessary’ when the time comes.” Apart from resembling the language of a mafia capo, cultivating imprecision about the punishment and its timing, even in traditional diplomatic culture, this is the language of war. Whose side will NATO be on? To make his point clearer, Erdoğan warned that Turkey’s reaction might “come down suddenly one night.”

Note that Erdoğan used the plural of provocation. He is undoubtedly thinking back across a span of time that includes the three decades since the collapse of the Soviet Union. His sense of history also includes his memory of a perennial state of rivalry with Greece, a state that has, on many occasions, turned to enmity and open conflict. That two members of NATO might be at war in the near future could constitute the kiss of death of the historical justification of the institution, which was created after World War II with a double purpose: to end the nasty, centuries-old habit of European nations to go to war against one another and to focus all their collective hostility on what Ronald Reagan called “the evil empire,” the Soviet Union.

On the one hand, Erdoğan appears to be reminding the world that the Soviet Union no longer exists and that, in his eyes, Russia is just another country, not the designated enemy of the Western alliance. On the other hand, he seems to be saying the idea that NATO’s logic of mutual defense means that all members must treat one another as indefectible allies, has no meaning when there are issues between those members that may lead to conflict.

After the fall of the Soviet Union, Francis Fukuyama famously launched the idea that US-style liberal democracy had won the battle of Armeggedon and there was an “end of history.” This idea resonated with Americans, who had long been taught to see their mission as one of “manifest destiny” not limited to conquering and subduing a continent “from sea to shining sea.” America’s destiny was to dominate and ultimately abolish history, installing the consumer society as a global normal. The New York Times’ columnist, Thomas Friedman, triumphantly called it a “flat world,” in which all other cultures were eventually flattened by an ethos imported from the US along with its supposedly democratizing technology.

The publication of The World is Flat in 2005 corresponded roughly to the emergence of Facebook and the idea of social media, or Web 2.0. Even though the events of September 11, 2001 seemed to contradict Fukuyama’s thesis, telling us that the end of history hadn’t quite been sealed, the eternal presence of social media, through which the future was being created on a daily basis, signaled the triumph of the ideal implicit in US culture, of refusing to dwell on the past and focusing on constructing a future with as few links as possible with history.

The State Department’s campaign to erase history from the discussion of the Ukraine war has been wildly successful to the extent that Western media have taken it seriously and almost exclusively focused on the evil being, Vladimir Putin, responsible for this affront to a “rules-based order.” They have failed to point out that this order is engineered for the needs of the US economy in the aftermath of World War II.

It turns out that the idea that rules alone could cancel historical memory has turned out to be deeply mistaken. Perhaps pertinently, Erdoğan reminds a world attempting to subject a war to its abstract interpretation of supposedly shared rules: “Look at history, if you go further, the price will be heavy.”