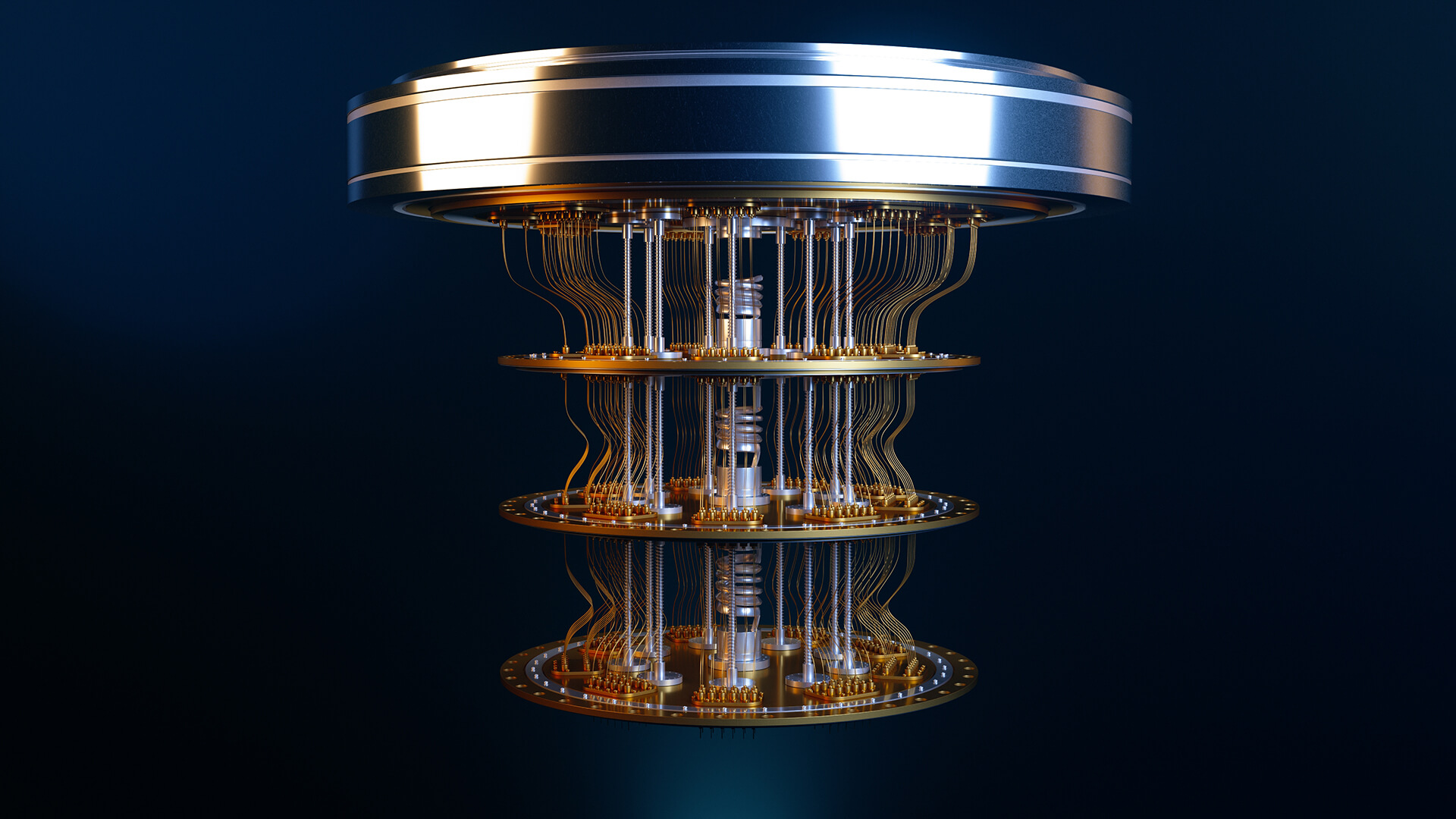 The quantum revolution in physics is changing not only our understanding of the world we live in but also the way we’re likely to be living in the future. After Albert Einstein’s theory of general relativity, the quantum revolution was the second major game-changing physical theory of the 20th century. Albert’s theory gave us the atomic bomb and nuclear power, two factors that have indelibly marked human history. Quantum mechanics has so far had less impact. But the media keep telling us that a revolution is in the offing. We must get ready for the age of quantum computing.

So, what is a quantum computer? In a Wall Street Journal Magazine interview back in 2017, Bill Gates famously admitted that quantum computing is “the one part of Microsoft where they put up slides that I truly do not understand.” In the same interview, Microsoft’s CEO, Satya Nadella (who replaced Gates) described quantum computing as “the next breakthrough that will allow us to keep up this exponential growth in computing power and to solve problems.” That’s one way to dodge the question. Focus on the promise of future earnings.

Some believe that quantum computing may never happen, at least not in the way and especially on the scale that its promoters expect. Sankar Das Sarma, writing for the MIT Technology Review says he loves the idea, but points to one obstacle. “The only problem? Actually making a quantum computer that could do it.” He isn’t alone in thinking that theoretical and physical obstacles are too many to count on it happening any time soon.

Sabine Hossenfelder, a German theoretical physicist who popularizes scientific knowledge on YouTube is even more severe. She cites numerous colleagues who agree with her conviction that there will never be a quantum computer. She also cites Oxford physicist Nikita Gourianov who in a recent article in the Financial Times offers a potted history of the last decade of quantum computing as a business proposition:

“By the 2010s capital had become cheap, and investors started taking notice, even if they had no real understand of the technology (beyond the “a qubit can simultaneously be both one and zero” cliché). As more money flowed in, the field grew, and it became progressively more tempting for scientists to oversell their results. With time, salesman-type figures, typically without any understanding of quantum physics, entered the field, taking senior positions in companies and focusing solely on generating fanfare. After a few years of this, a highly exaggerated perspective on the promise of quantum computing reached the mainstream, leading to a greed and misunderstanding taking hold and the formation of a classical bubble. “”

A verb describing a fundamental skill without which modern capitalism, especially in the technology sector, could not work.

A famous English proverb tells us that “a good wine needs no bush.” This is generally understood to mean that a worthwhile product doesn’t need to be advertised or actively promoted. It sells itself. Its inherent qualities are its only sales pitch.

The expression is puzzling today because of the word “bush.” It refers to a practice dating back to Roman times, when inns would display a bundle of greenery to announce the sale of local wine or beer, presumably made from the “bush” on display. In England, as recently as the 19th century, pubs suspended the greenery from the end of a pole called the “Ale Stake.” People familiar with the quality of the brew didn’t need to see the bush to know where to go.

The popularity of the proverb demonstrates a bit of traditional wisdom that all cultures like to celebrate. Quality sells, and more effectively than the smoothest salesperson. Authenticity rules. Perhaps it was true once upon a time and in some places, especially when communities functioned more or less as organic wholes. There were times in the past when markets and communities were largely co-synonymous.

The 20th century became the age of mass production and advertising. Madison Avenue crafted what some thought of as the “science of persuasion.” It cultivated the supreme skill of overselling. It focused on industrialized consumer products, from tobacco and chewing gum to house appliances and cars, from typewriters to home computers.

But quantum computing is anything but a consumer product. It isn’t even a product, since it doesn’t yet exist in any viable form. Gourianov isn’t thinking of Don Draper or any of the other Mad Men of Madison Avenue. He isn’t referring to high-powered marketing executives or to Athur Miller’s poor, hapless Willy Loman. He makes it clear that the people who “oversell their results” are not specialists of marketing and sales, but, in this case, scientists.

The process Gourianov describes ends up in the hands of two classes of people with an inordinate degree of influence over the modern world. The first class is “salesman-type figures” who take “senior positions in companies and [focus] solely on generating fanfare.” The second is the kind of people whose job is to describe what Gourianov refers to at the beginning of his article, those who can create financial bubbles which “occur when large groups of investors repeatedly make poor investment decisions, often due to greed, misunderstanding and easy money.”

Whether you’re a scientist, a journalist, an investor or a financial director, in today’s world you must learn the art of overselling.

Science has moved into a new dimension. The late Rod Serling, the pioneer of television science fiction six decades ago, would undoubtedly place the science we see today smack in the middle of his “Twilight Zone.” The 21st century has not yet closed the gap between Western civilization’s pragmatic idea of science as it existed in the 19th century and the abstraction it has become thanks to relativity and quantum mechanics in the 20th century.

Relativity and quantum mechanics have become established features of our scientific landscape. Both are accepted as true, but there are serious problems of compatibility that haven’t been resolved. The debate over theory has led to a variety of imagined ways of resolving the contradictions.

One of the most talked-about ideas imagined as a means of closing the gap between the macro theory of relativity and the micro theory of quantum physics is the multiverse. Britannica describes the concept  as “a hypothetical collection of potentially diverse observable universes, each of which would comprise everything that is experimentally accessible by a connected community of observers.” Some very serious scientists have in recent years posited the existence of such parallel universes in which multiple versions of each of our selves may exist, each time living through slightly different scenarios.

Another hypothesis that has appealed to both scientist-philosophers, like Nick Bolstrum, and scientist-entertainers like TV celebrity Neil de Grasse Tyson, is that what we are living in is somebody’s else’s computer simulation. These and other scientists and philosophers go so far as to claim that it is at least as probable as any other hypothesis. And of course, we mustn’t forget Elon Musk, who famously said there is only a “one in billions” chance that we’re not living in a computer simulation. He now claims that the mother of one (or perhaps two) of his children, Grimes, is a simulation “created in his brain.” She agrees. We expect the same may be true of Nole Skum, the hero of one of our “Fly on the Wall” columns.

In one of her YouTube videos, Sabine Hossenfelder calls the simulation hypothesis “pseudoscience” and “intellectual entertainment.” She categorizes it not as a scientific theory but as an act of faith and explains why.

Those non-scientists among us who are curious enough to try to keep up with the big issues that the physical sciences are grappling with today – whether it’s the multiverse, dark matter, quantum entanglement, simulated consciousness, or the speed of light as the universe’s speed limit – should realize one thing after examining these arguments. All the names mentioned above have mastered a skill that has nothing directly to do with their scientific or philosophical knowledge and expertise. In conformity with the iron-clad laws of our current stage of civilized hyperreality, they have all learned the art and science of overselling.