ŌĆ£A biological male claiming to be a transgender woman, won the 2018 UCI Masters Track Cycling World Championships in Los Angeles over the weekend.ŌĆØ ThatŌĆÖs how the alt-right news website Breitbart greeted Rachel McKinnonŌĆÖs victory last October. Since then McKinnon, a Canadian track cyclist who transitioned from male to female and competed in the women’s 33-39 sprint category, has been in a kind of limbo, never properly acclaimed as a world record holder, derided by some as a counterfeit champion, but praised by many as a trailblazer for gender fluidity. Recently, in Manchester, McKinnon successfully defended her title. Again, the response was ambivalent.

A few days before McKinnonŌĆÖs win, ITVŌĆÖs ŌĆ£Good Morning BritainŌĆØ host Piers Morgan failed to appear in his usual role amid gossip that he had been dropped from the show. He sparked a furious debate when he claimed he identified as a penguin in an on-air rant about transgenderism last month, leading to a petition that demanded that the TV host be axed. Morgan has consistently castigated, ridiculed and, according to critics, ŌĆ£dehumanizedŌĆØ trans persons, especially athletes who have transitioned from male to female (MtF) and opted to compete in womenŌĆÖs competitions.

Earlier this year, Morgan aligned himself with former tennis champion and stalwart LGBTQ+ campaigner Martina Navratilova, who spoke out against the inclusion of trans athletes in womenŌĆÖs sport. Support for Navratilova, herself a lesbian, seemed to indicate that there is a large swathe of people who are out of sympathy with transgender athletes. But, if anything, it disguised the depth and intensity of hatred of trans people.

Transgender people are met with the same level of hostility ethnic minorities faced in the 1960s, the same resentment to womenŌĆÖs progress with the Equal Pay Act, and the hatred of gays in the 1980s when the AIDS epidemic was rampant. Today, the cultural climate is less permissive. Tolerance is practically enforced, and antipathy is punished. Bigotry remains ŌĆö it just tends to be concealed. But barely: Hostility to trans people is apparent, especially in sport.

ŌĆ£Sport is increasingly becoming a proxy war in a greater debate about the transgender issue.ŌĆØ The words are not ours, but those of a 23-year-old man from Glasgow who was participating in the UKŌĆÖs Teesside University’s online research project designed initially to assess how people respond to the emergence of trans athletes and, eventually, to gauge approaches to trans people generally.

Using a method designed to maximize honesty and frankness, participants from around the world were assured of confidentiality and offered the opportunity to present their views on the debate surrounding sex and gender classification in sport. With their identities protected, they had no motivation to lie or provide responses they believed were in sync with the zeitgeist. The method removed the protection of social desirability, releasing respondents to give full vent to their views ŌĆö they were encouraged to express thoughts and experiences. The survey closed once it passed 4,000 responses.

The trans issue in sport is a reflection of the wider conflict over gender fluidity, and it is an unusual conflict between groups who possess no political power or authority. While gender fluidity is congruent with the rising trend for sex reassignment and gender switching, 55% of our sample detected a threat in this tendency, suggesting that trans persons are, to them, a dangerous presence.

This is probably less than popularly thought, but the intensity of feeling expressed by this group is surprising and leads us to the conclusion that this level of prejudice is comparable with that of the 20th century. With an 81% increase in hate crimes against transgender people in the UK over the past few years, transphobia seems to be becoming the bitterest type of bigotry in modern society.

Cut to the bone, the argument against trans women athletes is that human beings deemed at birth to be male are destined to stay male, regardless of surgery, hormone treatment or what is now known as self-identification ŌĆö in other words, when people decide they want to conduct their life as either male, female or nonbinary, regardless of the sex to which they were assigned at birth. While 45% of our respondents were relaxed about the growth of gender fluidity, the virulence of the majority is unexpected. “These freaks,ŌĆØ is how an American woman in the study described trans people.

While itŌĆÖs unlikely that all sport would readily accept self-identifying MtF athletes, many other areas of society have made accommodations. Education, occupational sectors, the military and the criminal justice system are among those that have changed to meet the challenge of gender fluidity. Sport is less inviting, primarily because it remains binary. Objectors to the presence of MtF trans athletes in womenŌĆÖs sport contend that at least some of the physical advantages of those who have gone through male puberty are maintained after transitioning. As a female participant from Bristol, stated: ŌĆ£Transwomen will always have the competitive edge as men are just stronger than women.ŌĆØ

Female athletes, in particular, suspect an MtF domination and the effective exclusion of athletes who are natal women. The premise of the argument is questionable, not least because scientists disagree over the effects of testosterone over periods of time. The Sydney Morning Herald appeared to illustrate the confused thinking over transgenderism when it headlined a story ŌĆ£New IAAF rules for transgender athletes,ŌĆØ featuring a picture of Caster Semenya, who is not transgender but has a condition known as hyperandrogenism.

Social scientists complicate the argument further by arguing that historical and cultural conditions impact on achievement in sport. Social deprivation often yields sporting prowess, giving substance to the ŌĆ£hungry fighter.ŌĆØ Sport psychologists, though silent on the trans issue, have for long maintained that competitions are won in the mind rather than on the field.

Whatever physical and social scientists say, opinion on trans persons remains divided. It is as if hostility is justified or rationalized when a seemingly logical excuse is found to exclude or, at best, make trans athletes unwelcome. ŌĆ£Women need safe spaces from people with the advantages of physique that men have,ŌĆØ argued a 40-year-old woman from London, suggesting trans persons were a dangerous presence.

Yet there are calmer voices. Consider the view of a 20-year-old woman from Adelaide: ŌĆ£There are so few transgender athletes in women’s sport, and very few dominating their sports, that their presence won’t disrupt women’s sport as a whole.ŌĆØ

Liberal societies stretch compassion only so far. The transgender category and the challenge to the gender binary appear to be difficult for many to process and assimilate. Wholehearted acceptance of gender fluidity, for now at least, is a step too far, and this is reflected in attitudes toward sport. ŌĆ£A delusional fantasy,ŌĆØ is how one Californian man described the possibility that humans can transition from one sex to another. A man from Birmingham, England, man echoed this: ŌĆ£An XY male born with testes and a penis remains biologically male for life ŌĆ” Even if castrated and full of estrogen, he does not become a female in any way.ŌĆØ

Further, this participant believed the presence of trans athletes ŌĆ£undermines womens [sic] rights and simple biological reality to appease this mad delusion.ŌĆØ Views like this are shared by about 55% and, even if the assenting 45% are more relaxed about transgenderism (if we can call it that) it is likely their views will be drowned out ŌĆö as they have been in recent months.

The research indicates that people are either hostile to trans persons, or libertarian. No one equivocates or wants more time to follow developments and discover a position ŌĆö everyone already has one. As such, transgenderism divides the world. Sport is often said to mirror the contours, dynamics and issues of society. But in this instance, the trans issue in sport is being used, on the one hand, to reproduce traditional conceptions of gender and gender roles, and, on the other, to launch a wider challenge to opponents of gender fluidity.

There will be more trans athletes and, indeed, more trans people. So, sport will have to grapple with the emerging challenges, just as practically every other sphere of society is doing. There is a deep resentment of trans people, not just trans athletes, shared by a significant majority of people. The condemnation of trans athletes by over half the research sample affirms not just apprehension, but fearfulness and even abhorrence. Already one of the most controversial and inescapable problems in sport, the trans issue is changing the traditional gender dynamic and will surely reorder the way we all think about culture, biology and sex. 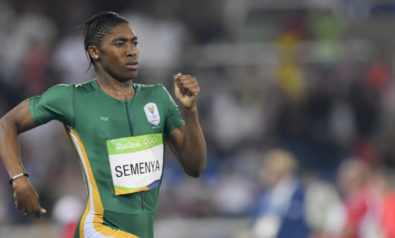 Should Sport Let Go of the Idea of Binary Sexes?

Necessary Always Enabled
Necessary cookies are absolutely essential for the website to function properly. This category only includes cookies that ensures basic functionalities and security features of the website. These cookies do not store any personal information.
SAVE & ACCEPT
Go to mobile version