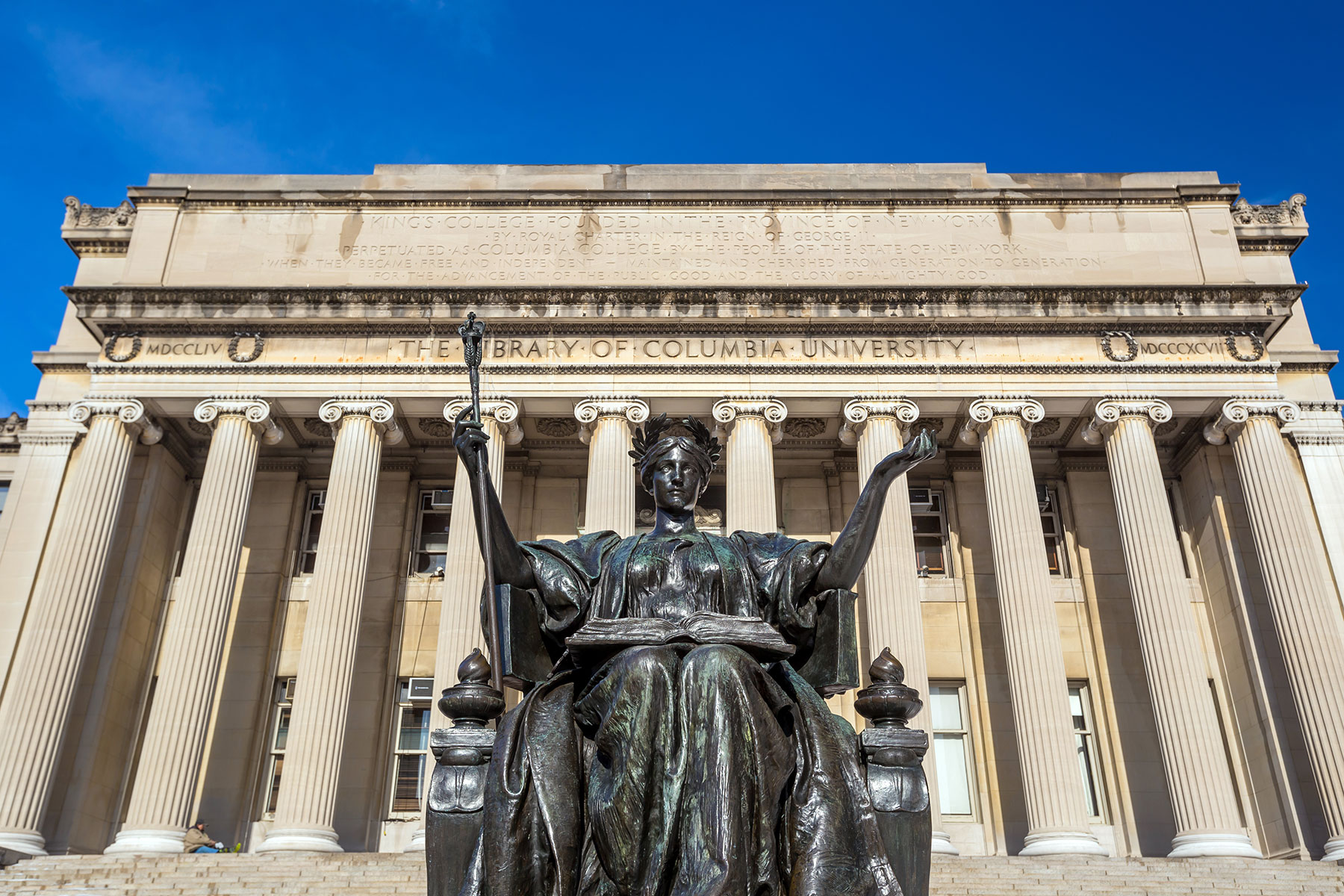 Palestinian polymath Edward W. Said died in 2003, but it has taken until 2021 for a full-length intellectual biography to appear, one that properly backgrounds his life against both the political and intellectual history of his time and how, within this history, he stood out.

There has been a recent vogue for full-length biographies of this sort. Benjamin Moser’s huge tome, almost a detail-by-detail love letter to Susan Sontag, is one, as is Kate Kirkpatrick’s revelatory and revisionist work on Simone de Beauvoir. There are two problems with the deep investigations that go into these works. The first is that, finally, heroes are rendered human — human to the point of frailty. Those who want iconic figures learn that their icons farted and smelled like anyone else, perhaps even more than everyone else.

Secondly, the biographer assumes a God’s view posture, knowing their subject intimately, perhaps even more intimately than close friends and family might claim. Amidst all the evidence cited, some almost forensic in its detail, there is finally a series of sweeping judgments and assessments that serve to ensure a lasting place on the podium of intimacy. The danger is that the books can become as much about the author as the subject, or as much about the author’s relationship with the subject.

You Don’t Know What I Know

Timothy Brennan was Said’s PhD student at Columbia University and, when he says that Said had a theatrical habit of suddenly halting in mid-step dramatically to emphasize a point, one is essentially invited to imagine Brennan walking the broad paths of Columbia in the company of Said and having suddenly to turn around to see Said dramatically paused. It gives his writing the air not only of intimacy but irrefutability, as if to say that if you haven’t seen these dramatic pauses, you know nothing about Edward Said, or you don’t know enough, or you don’t know what I know.

But Said did merit an intimate biography. Books on him have tended to be attacks, concentrating either on his politics — even more controversial in Palestine than in the US — or focusing only on his cultural and literary theorizing. Said has been claimed by the post-colonialists as their founding father, emphasizing their own links to theorists he cited, such as Michel Foucault, Theodor Adorno, Giambattista Vico and Georg Lukacs.

These appropriations often failed to consider Said’s late-life disenchantment with Foucault and the possibility that he had not read all of Adorno, while the post-colonialists might simultaneously find Lukacs too dense and Vico too distant in time for immediate use beyond soundbites in a discipline established within the guilt of modernity. All that notwithstanding, Said is great as a vindicator of name-dropping in post-colonial studies.

Brennan is more discerning and discriminating. He has clearly read these theorists himself, although he doesn’t emphasize the works of Franz Fanon and Aime Cesaire, who were also important to Said. It would also appear that Brennan is reliant on reportage of the works of the Arab thinkers either admired or detested by his supervisor.

Where the book tries too hard and becomes overweening is the attempt to pass judgments on musicology, Said having been both a classical pianist of reasonable note and a music critic. Said was himself criticized enough by many professional musicians as an amateur getting out of his depth, and Brennan gives no evidence of his own musical training to support some of his sweeping statements. Of course, music gave Said one of the few institutional accomplishments to his name in the Middle Eastern struggle — the West East Divan Orchestra which he founded with Daniel Barenboim as a living example of cooperation between Arabs and Jews.

It also served as a refutation to an opinionated West with its stereotypes that Arabs, and indeed Palestinians, could not be as familiar with classical music as anyone in the Occident. I have myself attended an opera recital in the home of a Palestinian mayor in which the Japanese soprano sang in Arabic to great appreciation. That cosmopolitanism was what, of course, Said lamented as lacking in the Palestinian Liberation Organization (PLO) under Yasser Arafat.

Brennan does deal at length with the politics of Palestine, with the lack of breadth and vision on the part of Arafat, but none of this is given the intimacy that accompanies his accounts of US academia and US politics. The peculiar, almost tribal nepotism of Arafat’s entourage is noted but not given any sociological interrogation. It was Said who acted as the occasional intermediary between US figures such as George Schultz and Arafat, and some of the political eminences in the US with whom Said dealt claimed to have read “Orientalism” and, indeed, to have admired it.

But Arafat saw in such figures only the possibility that their presumed sense of nepotism, presumed identical to his own, would include him and the PLO as worthy recipients of indulgence, support and favor. The American or the European seen as the “big man” was precisely what Said detested in the “orientalism” that plagued scholarship on the Middle East — that others know the Arabs better than the Arabs.

Of course, the reaction within the US by diligent members of the left, after the impact of Said’s greatest book, was to ban the word “oriental” without necessarily learning any more about the Arab world, let alone learning about it from Arab scholars themselves.

On “Orientalism,” Said’s magnum opus, Brennan is superb. On its follow-up, “Culture and Imperialism,” Brennan rightly reveals that he too is a significant scholar and gives a superb rendition of the book’s strengths and weaknesses, its essential contradictions and its sometimes aimless wanderings while all the same noting the book’s power.

But if the reaction to Said’s most significant works in the West is ironic — an early rendition of “woke” proscription of vocabulary — it is more tragically ironic that his ideas are not appreciated in Palestine itself. Banned for a period by Arafat, Said’s works have no resonance among today’s young, no matter whether they support the PLO or Hamas.

Neither his theoretical writings, essentially a highly sophisticated anti-imperialism, nor his final grudging posture of seeking one state with equal rights, a sort of confederal but interlocking Israel and Palestine, seem immediately relevant or inspiring to a younger generation anticipating that once again they will be locked in a deadly struggle with the Israelis. When I taught a master’s course in the prestigious Bir Zeit University just outside Ramallah, Said was an outsider to my students.

Brennan does not fully enter these ironies and the tragedies of regard which they intimate. What his book does do is present a valiant man of polymathic skills and deep commitments. Brennan at least reveals what many of his audiences sought to know, staring at this increasingly gaunt, if still handsome man, outstandingly sartorial in the style of the best English tailoring. Worn down by cancer, he was cared for until the end by a Jewish doctor in New York’s best medical facilities.

Cosmopolitan and transgressive in terms of the standard dichotomies and oppositions, Said was much loved at my own institution, the School of Oriental and African Studies in London. At one guest lecture, an earnest student proffered that if he stood up to play my violin in the path of an Israeli bulldozer, it would surely stop. Here, Said assumed his best New Yorker, almost Jewish skepticism and simply said, “You wanna bet?” That rare common touch was what his life lacked and made all his great efforts and achievements wait almost two decades for a full-length appreciation. For now, and long overdue, Brennan’s is the best we’re gonna get. 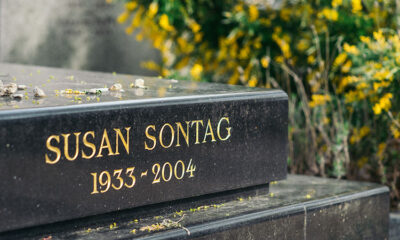 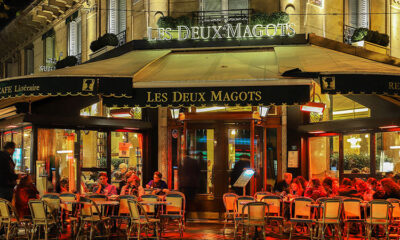