Jean-Paul Sartre and Simone de Beauvoir share the same grave in the Cemetière du Montparnasse — or rather, their ashes do — and every morning someone places a long-stemmed rose on their slab beside the cemetery wall. The legendary romance is thus renewed in the eyes of the daily visitors. Beauvoir’s final apartment overlooks the cemetery in the Rue Victor Schoelcher, a little side street that provides a shortcut from the Rue Froidevaux to the Boulevard Raspail, which in turn leads down to Boulevard St. Germain, site of their early philosophical investigations where they would write in Les Deux Magots.

Les Deux Magots is a name that refers to the last lieutenants of Satan, Gog and Magog, as he makes his own last stand against God at the end of human time. Before their final defeat, they gather an army of allies as numberless as the grains of sand by the sea. In fact, Gog and Magog made an appearance in Persian literature long before they played their cameo role in the Book of Revelation. In Christian mythology they were lizard-like creatures.

By the time of the 19th century, they had become Chinese, so Sartre and Beauvoir would write while seated beneath the statues, still there, of two Chinese sages. In a way, insofar as what they wrote defied so much convention, it was at least prophetic of today’s world, unimagined then, where the Chinese have superpower prominence.

By the time they reached old age, and Beauvoir lived opposite the site of her last resting place, both were lucky to make it to La Coupole on Boulevard du Montparnasse, a few minutes down Boulevard Raspail from Beauvoir’s apartment. Sartre’s was at the other end of Boulevard Montparnasse. They had not been lovers for many years and, in fact, Beauvoir had moved into her apartment with Claude Lanzmann, whose epic film about the holocaust, the 9-hour-long “Shoah” that took 11 years to make, was largely financed by Beauvoir.

The live-in romance with Lanzmann did not last, but Beauvoir, like Sartre, remained friends with the huge circle of their former lovers, most of whom knew about the others — although not always — and the truly confusing feature of Kate Kirkpatrick’s recent revisionist biography, “Becoming Beauvoir” — a riff on the writer’s famous line that one is not born a woman but becomes one, often painfully — is that the reader needs to compile a chart to recall who was sleeping with whom at what times and under what conditions, and wonder whether, on their sometimes joint holidays, they interchanged. Only Beauvoir’s famous romance with the American writer, Nelson Algren, seems to have ended badly.

Certainly, apart from Algren, they all lived in a condensed area. Montparnasse is beside the Latin Quarter and, for younger people, the walk from La Coupole to Les Deux Magots is a slow 15 minutes. But, by their final years, both Sartre and Beauvoir were decrepit, so La Coupole it was. That Sartre and Beauvoir wound up buried in that same area speaks to a Paris of concentrated thought, certainly, but also to an intellectual incest which Beauvoir in fact portrayed in her novel “The Mandarins.”

It was a scandalous incest, bisexual in Beauvoir’s case, championing the first phase of what we now call feminism in a France that was extremely conservative, defeated in World War II, defeated in Vietnam, and finally defeated in Algeria. Catholic morals held sway. The absurdity of life gave rise to existentialism and the sense of aloneness as one sought to impose an often-solo humanism upon the world. The circle, sometimes self-referencing as the “family,” sought to impose an intellectual circumference on the world, sometimes regarded as absurdist thought, but as much to keep the absurdity of life and politics at bay.

It was also a world of alcohol and drugs. Sartre was addicted to whiskey and the amphetamine, corydrane. The combination, plus his chain-smoking of Boyard cigarettes — a luxury unfiltered “Russian” cigarette — probably occasioned the two strokes he suffered before he died in 1980. Beauvoir herself was no stranger to whiskey, vodka and Valium. The combinations could be destructive. Susan Sontag, who lived in Paris for a time, thought Sartre destroyed his brilliance by his indulgences, although Sontag herself became dependent on the amphetamine, Dexedrine, to which she was introduced by W. H. Auden. Sontag is herself buried in the Cemetière Montparnasse. It is a large cemetery, but the walk from her grave to Sartre and Beauvoir’s is less than 5 minutes.

Beauvoir died in 1986, by then acknowledged as a great thinker, although stubbornly associated with Sartre as an acolyte. Kirkpatrick is at great pains, utilizing sources unavailable to earlier biographers, to reclaim a full originality for Beauvoir, and even to argue that she inspired Sartre as much as it is claimed he inspired her.

Reading “Becoming Beauvoir” is to take an intellectual tour of the era and also to relive that condensed part of Paris with which any intellectual tourist becomes familiar. I am fully guilty of that, having deliberately lived on the corner of Rue Froidevaux and Rue Victor Schoelcher, and looking into the Cemetière du Montparnasse from my windows. Samuel Beckett is also buried there, so pilgrimage became almost a lazy expedition.

Does the mess of their lives impact at all upon how one regards the writing of Beauvoir and Sartre? It doesn’t make Sartre any easier to understand, and I’ve pretty much given up trying now. It does make Beauvoir a truly noble rebel, given what she was breaking out of, what she was defying by way of convention and restrictions. Their one-time friend, Albert Camus, wrote a great book called “The Rebel” but, in fact, this now exceedingly polite, still moderately bohemian part of Paris around Montparnasse, particularly the southern side, encompasses what was once a great intellectual rebellion.

Boulevard St. Germain, just beyond the northern side, is now swish. Latter-day pretenders to the title of philosopher like Bernard Henri-Levy live millionaire lifestyles there. The tourists still don’t quite make it in droves to Boulevard du Montparnasse, but street encampments of refugee Syrian families do and, for them, and the other Parisian homeless who sleep by the walls of the cemetery itself, the idea that great thought once campaigned for freedom nearby is an alien sense, one of unreality. Finally, the legacy of it all is a world significantly unchanged despite the idea that one can become something that is not dressed in rags and think one’s way to one’s own destiny. 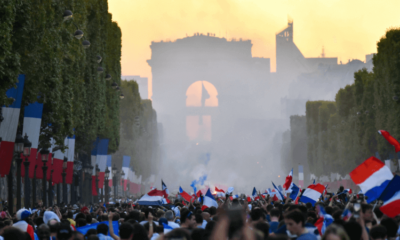 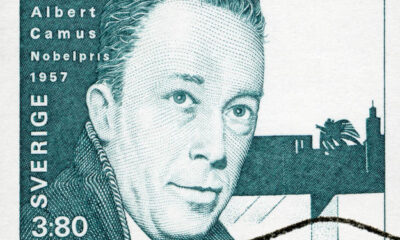