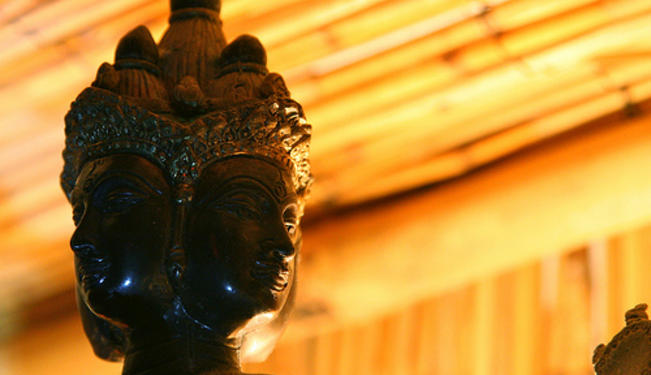 Religions offer an important cultural background for societies all over the world. In post-war Europe, however, religions have seemingly lost at least their public role.

Of Religion and Secularization

In "Säkularisierung – ein moderner Mythos" Detlef Pollak predicted that, as a corollary of the sociological debate on secularization, religions in Western countries seemed to be destined to lose their importance completely with progressive modernization and individualization. Yet this hypothesis has not been confirmed: on the contrary, religions today play an extremely important role in Western societies and worldwide. The idea of secularization was rampant,but religion is no longer seen as a merely temporary phase in the history of modern societies. The “revival of gods” is now taking place on different levels, from political and cultural levels to that of society in general. Essentially, religions “take positions on political questions or engage in public debates”.

Thus the discourse over secularization has undergone a pronounced change. In this context the debate over the social role of religions in post-modern societies started again about ten years ago and is still going on. This debate is also underway in political theory and philosophy. In these discussions, two different ways of interpreting the social functions of religion are prevalent: the liberal and the post-secular models. On the one hand, liberals such as John Rawls or Richard Rorty tend to reduce religions to the private sphere. From their perspective, religions could be a foundation for individual schemes of life and private worldviews. But religions should not play a role in the public sphere. In democratic societies, their function is taken over by secularized reasoning in a broad communication process intended to bring about a consensus. Jürgen Habermas, in his earlier work, also finds that religion seems to block this “communicative action”. Rorty even interprets religions as “conversation stoppers”, which is why he says that religions should be overcome.

On the other hand, a post-secular model has developed over the last decade, with a number of academics who favoured the hypothesis of secularization now having second thoughts about religion. Habermas is probably the most well known of these academics. He sees modern societies in danger of being “derail(ed)”. In his view, deliberative democracy needs sources for motivation as an antidote, and religions could provide such a moral resource. In his book "Between Naturalism and Religion", Habermas also states that democracy depends on moral stances that stem from pre-political sources; as an example, from religious ways of life. Thus religions play an important role in democracy. Religion serves as a background and a source of motivation, even though these cannot serve as normative guidelines for democratic procedures. “In this context, we found with Joseph Schmidt in ‘An Awareness of What is Missing’ centering around a discussion with Habermas that the concept “post-secular”, which in the interim has exerted a major influence on the debate over the social role of religion, expresses the fact that modern societies should also expect that religions will continue to exist, and should seek to engage them in a constructive dialogue.”

Religions Always Reflect the Culture They Were Born In

Given the convincing nature of this hypothesis, it follows that there should be a discussion of the ways in which religion could play a role in different political fields. In his essay “Engaging religion in the quest for a sustainable world” for The Worldwatch Institute, Martin Gardner describes five aspects that distinguish religions from other social actors: ability to create meaning, moral authority, a large following, significant material resources, and the ability to form communities.

Following this description, religions could be interpreted as comprehensive social practices all over the world. More precisely, religions can be regarded as cultural practices through which people live and interpret their lives. The histories of religions are closely connected with the cultures from which the internal plurality of religions also emerged. Even the sources of religion have always been embedded in particular socio-cultural contexts. The idea of a pure beginning for a religion is nothing other than an imagined construction. Hence, religions always reflect the strengths and weaknesses of their respective cultures, even though they claim universal worldviews and ethical imperatives that indeed may transcend any particular culture and enable them to drive internal reforms. The common characteristic of all religions is that they establish a comprehensive practice that enables discussion and reflection on a transcendent dimension of reality. The way they realize this practice depends on the different cultural backgrounds involved.

One factor that distinguishes all religions from other cultural systems is the reference to an absolute authority, an authority that by definition cannot and should not be questioned or even challenged. In general, religions pretend or at least presuppose that there is no contradiction between their truths and the results of human reasoning. Religion is concerned with the relation between transcendence and immanence without being able to objectify it. Authors like Nicholas of Cusa expressed this idea convincingly in the fifteenth century. The conclusion reached by Nicholas of Cusa was that this authority – God – is interpreted in different cultural ways. The plurality of religions emerged from their interconnection with various cultural systems. Summarizing the previous argumentation, a religion should be understood as a comprehensive cultural practice in which a transcendent dimension of reality is expressed, but cannot be objectified.

By comparing a variety of religions, three different dimensions of religions in post-secular societies can be distinguished: their strong moral orientation, certain worldviews, and their “social capital” in terms of providing a theoretical and motivational basis for social movements. From that perspective, religions will still be an important social and cultural practice in secular societies in the future.