This week, Fair Observer featured an article with the title “Social Learning Can Help Transform Crisis Into Opportunity.” The authors, Deborah Brosnan, Andreas Rechkemmer and James Bohland make some important points related to the global crisis affecting education that the coronavirus pandemic has severely aggravated. They highlight a fundamental fact about humanity itself, that any crisis, and more particularly the kind of global crisis the world has been experiencing in 2020, presents an exceptional opportunity for learning.

In an age in which, even without a pandemic, learning has been increasingly filtered through the impersonal medium of technology, the authors are also absolutely correct to insist on the social dimension of learning.

Any learning that produces a result.

To those who have delved into the question of how people learn, the idea that learning can be effective without being social is objectively a hard position to defend. But in today’s society, it is easy to justify. The idea that learning is a fundamentally individual process has become a dominant theme of modern ideology since at least the 19th century and the Industrial Revolution. Our school systems have been built around the idea of individuals each seeking to outdo others thanks to their individual efforts.

Of course, individual learning experiences do occur and can have a significant influence on behavior. Someone wandering through the woods in the summer and happens to rub a bared shin against poison ivy will learn to look out for that plant and avoid it. They won’t require the assistance or the instruction of other people. But that kind of purely individual experience is only the first degree of learning — and it is fundamentally imperfect, as the proverb — once bitten, twice shy — demonstrates. Contact, communication, exchange and dialogue with other people add multiple dimensions to the learning experience, providing both breadth and depth of understanding, even for something as simple as avoiding a fundamentally mechanical or chemical risk.

Thanks to the social dimension that inevitably surrounds that first accidental brush against aggressive vegetation, the victim of poison ivy will learn not only about that particular plant but also about poisonous plants in general and the precautions one should take when strolling in the woods. Such learners will also begin to construct a series of ideas about cutaneous affections and possible treatments.

But it doesn’t even stop there. They will relate this unconsciously to everything else they learn about the relationship between humans and the wilderness. It will serve as a small but significant component in a lifetime of discovering the logic of the multiple, both predictable and unpredictable interactions that define the physical and moral universe, including notions relating to nourishment, growth, environmental adaptation and collective defense.

The idea that learning is fundamentally holistic, resulting from the multiple dimensions of human experience and dialogue, implies that everything we learn is a stage in a progressively structured, or “constructed,” system of relationships and understanding. That system integrates personal experience, intellectual appreciation, networks of ideational and emotional associations and social exchange. Each of these dimensions remains dependent on or at least linked to the others. Accordingly, everything we feel we know is a function of the multiple contexts in which what we know can be true — and sometimes false when the context changes. This general approach to the psychology of learning has been historically called constructivism.

Behaviorists, who reject the constructivist approach as unscientific and unpragmatic, prefer to reduce learning to the Pavlovian simplicity of a reflex, or sets of reflexes, acquired through repeated experience and resulting in simple associations that permit the acquisition of reflexes.

This approach impoverished the very idea of learning, but it appealed even to academics, who sensed that it could simplify the problem of teaching. It also fit perfectly into a model of social and economic organization that focused on efficiency and profit, and depended on the science, or at least the practice, of accounting. Anything that is simplified and isolated can be accounted for. Anything that depends on its relationship to a system escapes accountability. That may explain why, in our prevailing political morality, individuals may sometimes be held accountable but never the system that has “constructed” those individuals.

The school of psychology known as behaviorism achieved dominance in the ideology of the 20th century. It served the purposes of an industrial civilization intent on building and perfecting the model we call consumer society. It reinforced the idea that schooling was fundamentally about conditioning young people to live in a two-dimensional world, in which every individual was alternately a producer and a consumer. Success in society thus becomes measurable by income and accumulated wealth, not by the quality of interaction with the rest of society. Success in education itself is measured by grades, diplomas and certification. In other words, something that can be printed on a piece of paper and serves as a criterion for classification and judgment.

In the West, principally in the course of the 19th century, the idea of utilitarianism as the basis of ethics emerged to challenge traditional systems of morality, which utilitarians accused of being arbitrary and ill-equipped to calculate mathematical accountability. Traditional morality was vague because it depended on the perception of norms related to some kind of shared worldview. Most often a key component was provided by the community’s dominant religion. But more fundamentally, the pragmatic, everyday ethics of any human community was constructed through a mix of legal and cultural factors that were more or less consistent with whatever religious influences prevailed.

Pleading the cause of social learning as the means not just of solving a crisis, but of using the crisis to achieve something more important, the authors of the Fair Observer article affirm that social learning “engages all parties as citizens working toward a common good.” They call it a “transformative process.” This is another way of describing a constructionist view not just of the learning process of individuals, but of society itself.

At one point, the authors observe that little evidence exists to support the idea “that information per se leads to any transformational social change.” Their analysis of a social problem at the macro level applies equally to the micro-level of an individual’s schooling. Bombarding children with “information per se” on which they will be subsequently tested — eventually leading to grades, diplomas or certification — fails to lead to any transformational change. And yet, most people suppose that education should be about transformational change. Every child is subjected to random experiences through play, interaction and adventure. Education should serve the purpose of mobilizing those resources to help the child become an adult with a steady and stable, but also creative and adaptive, relationship with the world.

Education should, therefore, be linking the play, interaction and adventure which all children experience with both science, which is not just information, but research, and the less definable cultural heritage of “wisdom,” which may come from the arts and traditions of serious thinking. STEM — Science, Technology, Engineering and Mathematics — is simply not enough.

The authors cite “the principles of truth, equality, shared responsibility, solidarity and legitimacy,” which they pertinently call “the ‘glue’ that binds nations and societies together.” None of these can be easily defined and taught, least of all by applying behaviorist principles. “Shared responsibility” stands, in some ways, as the opposite of accountability, and yet it includes a more subtle reading of accountability as a moral concept. Coupling “solidarity” and “legitimacy” recalls the subtle link between social norms and legal systems.

The authors focus on the problem of the credibility of science. This happens to be one important dimension of a much vaster issue concerning the direction of a civilization that has never disposed of a greater range of material means while at the same time demonstrating its incapacity to address any of the problems it has begun to acknowledge. There are of course structural reasons for this dilemma, which is why a truly constructionist approach based on social learning might just be the one that is called for. 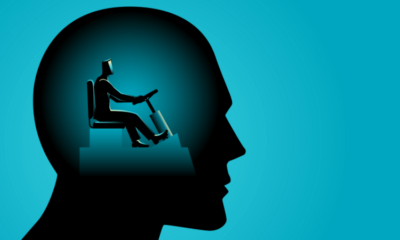 The Moral World of the Radical Right 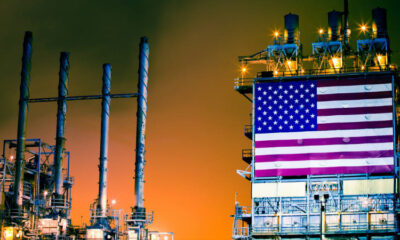 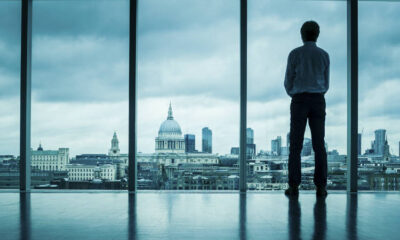