With movie theaters closed all over the world due to the COVID-19 pandemic, Hollywood studios had little reason for celebration over the past year. In business for over a century, Universal Pictures (founded in 1912), Paramount (1912), Warner Bros. (1923), Walt Disney (1923) and Columbia Pictures (1924) now have an extra reason to be concerned. In 2020, China took over Hollywood’s crown as the world’s biggest movie market, with a revenue of $3.2 billion, 84% of which came from domestic sales.

Foreign-Language Entertainment Is Having Its Soft-Power Moment

Is this new status enough for China? Probably not. New blockbusters will soon rebalance these numbers, but soft power — the ability to seduce people from all over the world through culture — takes time to build up. Soft power also brings lasting income to its country of origin in terms of products and services, like tourism for example. When in 1934, Walt Disney began work on “Snow White and the Seven Dwarfs,” other film studio chiefs derided the project as “Disney’s Folly,” since adults, not children, were considered to be primary consumers. These executives forgot that children watch films over and over again and want all the related merchandise. “Snow White” went on to become the first film in history to gross $100 million, selling 400 million tickets from 1937 to 1948.

These are just numbers. Disney’s greatest achievement was making his creations into lucrative vehicles of US culture for decades to come. That is what China wants to achieve. It has been taking similar steps ever since farmer-turned-entrepreneur Xu Wenrong began building Hengdian World Studios in the 1990s. Known as Chinawood, it became the largest outdoor film studio in the world and one of China’s biggest domestic tourist attractions, offering historic film sets, a resort hotel and live performances. Marketing itself “China’s tourism and performing arts capital,” Chinawood attracts thousands of TV shows and film productions every year.

Also, since fewer than 40 foreign films are allowed to take a bite of this massive market due to a strict quota system, Chinawood also houses foreign productions like “The Mummy: Tomb of the Dragon Emperor,” a Hollywood-Chinawood co-production (these escape quota restrictions), starring the likes of Brendan Fraser and Jet Li, grossed over $400 million worldwide in the first 21 weeks of its release.

Is this enough to make Chinawood a new soft power? The answer is, probably not. Because Chinawood productions face a similar challenge as all the other blockbusters shot in the country, these films often lack creativity, self-criticism, audacity and freedom. Take the recent historical war drama, Guan Hu’s “The Eight Hundred,” for example. The film — at $470 million, 2020’s top-grossing production — pushed China to the number one spot in global box office revenues. However, most of this profit comes from China itself and not international markets. While European and US theaters still struggle to open because of COVID-19, even without the pandemic, it’s hard to say that such productions could help the Chinese film industry overseas.

“The Eight Hundred” was abruptly pulled from a scheduled premiere at the Shanghai Film Festival in 2019 without an explanation. A version shorter by 11 minutes later opened in theaters, with much fewer scenes involving Chiang Kai-shek’s Kuomintang forces. Besides likely censorship, what may explain the little impact the film had internationally, as the film critic Tony Rayns suggests, is that while avoiding the “rabid China-is-top-dog quality of the Wolf Warrior movies,” its “spirit is resolutely neo-nationalist,” with “all the bombast and jingoism of the current moment.”

Hollywood became an effective soft powerhouse not only because of million-dollar budgets and top-quality products, but also thanks to creative freedom. For instance, Oliver Stone’s “Born on the Fourth of July” (1989) and Francis Ford Coppola’s “Apocalypse Now” (1979), both masterpieces, were expressly critical of US military intervention in Vietnam. The films are also on the patriotic side, with American values overemphasized. However, by criticizing America’s own culture and politics, the films are far from being hard-power propaganda.

The Communist Party of China (CPP), on the other hand, interferes directly in cultural productions. According to a report by James Tager, PEN America’s deputy director of Free Expression Research and Policy, since 2011, the CCP’s Central Committee issued a statement declaring the “urgency for China to strengthen its cultural soft power and global cultural influence.” As Louisa Lim and Julia Bergin write in The Guardian, the party is trying to “reshape the global information environment with massive infusions of money” with the aim being to “influence public opinion overseas in order to nudge foreign governments into making policies favorable toward China’s Communist Party.”

The official People’s Daily once declared, “we cannot be soft on soft power,” calling for culture must be exported in order to strengthen China’s international stance. Chinawood is part of this effort, which includes $10 billion spent annually on public diplomacy, in contrast with $2 billion allocated by the US Department of State in 2018. Soft power works well when China opens hundreds of Confucius Institutes to spread its language and culture around the world. What doesn’t work is when the same party severely punishes Chinese ethnical minorities, like the Muslim Uighurs facing persecution in Xinjiang.

China already has an important cultural soft power: its art, poetry, painting, sculpture and pottery, from the early imperial dynasties to the 20th century, coveted by museums and collectors around the world. It succeeds because the state hard power doesn’t interfere significantly with it. But when it comes to contemporary culture — films, games, TV shows and apps like Tik Tok — Chinese hard power seems to impose harmful control. That’s not how soft power works. It needs freedom and self-criticism to produce genuine and seductive art.

George Orwell once said that “Journalism is printing what someone does not want printed; everything else is public relations.” The phrase also pertains to the arts and the entertainment industry. When President Xi Jinping says that “the stories of China should be well told, voices of China well spread and characteristics of China well explained,” by “well” he probably means “positive.” That is definitely not how one wins soft power for the long term. 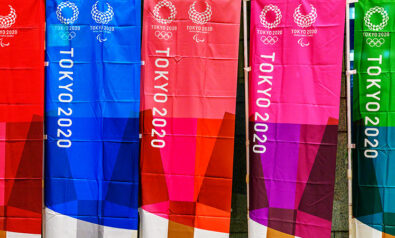 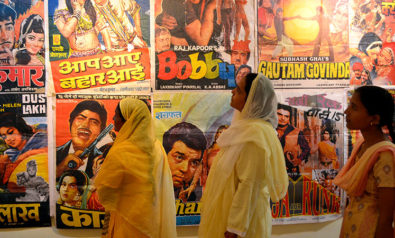