Female genital cutting is not restricted to the developing world—it is a global problem.

They have heard that it is a human rights violation and that it is a problem in Africa. And they cringe. Yet the look of pity and sorrow that crosses their faces upon hearing about this practice is nothing compared to the utter disbelief that appears when I tell them that FGC is actually performed in the United States and that this practice is on the rise.

How do I know it is practiced in America? Because I grew up in an immigrant community in which Type I—the least invasive kind involving the removal of the clitoral hood—was practiced and, as a result, many of my friends and family members living in the US have undergone this procedure. It happened to me when I was 7 years old.

For those who might not know, FGC is a complicated custom, and the various groups who continue practicing it do so for a multitude of reasons: control over women’s sexuality, hygiene, cultural identity, religion, gender-based factors (to be considered a “true woman”), societal pressure and more. Yet what is unique about this form of gender violence is that, often, it is a custom carried out by women to young girls—usually those who either believe that being a good mother means they must have it done to their daughters, or those who feel pressured into it by other elder women in their community.

The Population Reference Bureau and the Center for Disease Control and Prevention (CDC) have released two separate studies estimating that more than half a million women and girls in the US have been affected or are at risk of FGC. The new estimate by the Population Reference Bureau indicates that the number of those at risk in America has more than doubled in roughly the past decade. Since the last CDC study, which was conducted in 1990, the number of women and girls affected by this practice has more than tripled.

The United States is not the only country that recognizes that FGC is a local problem. Another 2015 report estimates that 137,000 women and girls are living with FGC in England and Wales. Globally, more than 125 million women and girls are living with the emotionally and physically damaging effects of FGC. It is a human rights violation that is found in nearly every country in the world.

Recognizing this, world leaders have prioritized the elimination of FGC under the goal of achieving gender equality as part of the Sustainable Development Goals (SDG)—a 15-year plan to help guide global development and funding in the “areas of critical importance for humanity and the planet.” To guide governments’ commitment to the goals, a United Nations (UN) expert group has proposed global indicators to hold states accountable.

One such indicator under Goal 5—to achieve gender equality and empower all women and girls—is specifically related to female genital cutting, and has just recently become a required measurement for data collection that all countries globally will be required to track.

Prior to the implementation of the SDGs, only “relevant countries” were asked to track this type of data. Meaning that the occurrence of FGC was only measured in 29 countries in Africa and the Middle East where UNICEF collected data. Other countries where FGC has been known to occur, including the United States, were not required to track this information. Thus, for decades, millions of other women and girls suffering from this ordeal who lived in places not viewed as “relevant countries” were ignored. This oversight has, unfortunately, led to the perpetuation of the misconception that FGC takes place only in Africa and certain parts of the Middle East.

However, we must now commend the UN for recognizing the need to collect FGC data on a global scale, as this will allow the United Nations to identify where else on this planet that women and girls are affected and to what degree.

Collecting such data is often difficult, as communities practicing FGC continue doing so in secret and women are frequently taught to not talk about the practice in public.

Yet the collection of such data is crucial, as only by ascertaining that there are vulnerable women and girls who undergo FGC in each country can the need for support services to help women and girls be validated. The collection of data from countries across the world will also help showcase that the practice of FGC has migrated as populations move to new parts of the globe.

Thus, this data will become vital in getting governments to pass and implement laws and policies against the continuation of the practice. It will encourage governments to create outreach and education programs training social workers, health professionals and child welfare personnel in how to recognize, respond and intervene sensitively to cases of FGC that can lead to the end of this practice in affected communities.

For instance, India has no ban on the practice of FGC and barely recognizes it as a form of gender violence. However, calling on New Delhi to track this data can help pave the way for legislation to ban the practice, and in turn validate that support services are needed for those who are at risk or undergoing the practice or who have had FGC performed on them.

In July 2015, the British government and UNICEF hosted the first Girls Summit aimed at mobilizing domestic and international efforts to end FGC. In addition to new legislation, the United Kingdom has helped create a national FGM Prevention Programme in partnership with the National Health Service.

By including an indicator to track FGC in each country, the UN has created a vital first step in understanding what sort of prevention and intervention programs are successful on the road to abandonment of FGC across the globe. For example, already, we know that Tostan, a Senegal-based nongovernmental organization has been successful in shifting attitudes of FGC toward abandonment of the practicing by initiating Community Empowerment Programs. With inclusion of this indicator, organizations working in other parts of the world on the issue of FGC, like Sahiyo and Wadi, will also be recognized for their work toward ending FGC in our global community.

Finally, women like me—those who were born in the US and who have undergone FGC—will be counted, and in time, I hope, with the data collected and support services created, this vital step will reduce the prevalence of FGC among future generations. 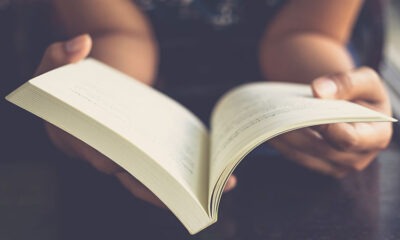 Talking About FGM: How a Novel Made Me Braver 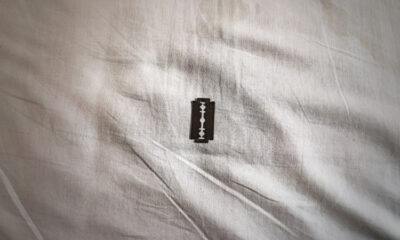 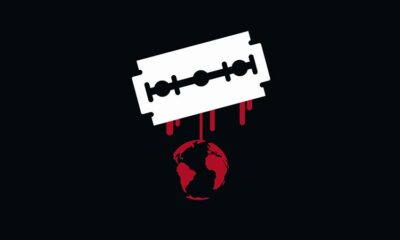