For an entire year before my novel’s publication date, I braced myself. I’ve never felt this way about a new novel’s birth. But “Seven” — about Sharifa, a 40-year-old woman who returns to India on a marriage-saving trip to research a revered ancestor — was different. Folded into her story is a taboo subject that makes everyone queasy: female genital cutting.

While Sharifa visits India in 2016, khatna, a form of female genital cutting practiced by her Dawoodi Bohra community, is in the news. Her favorite cousins are on opposite ends of the debate, and she isn’t sure how or what to feel about the issue. As the story progresses, she learns truths about herself and her family that alter her life indelibly.

Like my protagonist, I was born into this community. Dawoodi Bohras are a small Shia Muslim subsect with an estimated worldwide population of around 1.5 million. We are known for our high levels of education, our distinctive attire — orthodox women wear colorful burka-like outfits — and our delicious Bohri cooking.

Because the community is insular, most outsiders don’t know about the more problematic things. For example, those who openly critique our religious leader’s diktats can be socially shunned. Those who don’t comply with his rules about secular issues can be bullied. And, worst of all, he insists that khatna is mandatory.

Khatna is shrouded in secrecy. It involves cutting a girl’s clitoral hood around the age of seven. Often, girls are tricked, believing they are on their way to a party or to get ice cream. It’s a painful ritual that can have long-term emotional, physical and sexual consequences. The mythology behind it is that it will somehow make a girl sexually pure.

Public discourse about khatna in the mainstream media is a recent phenomenon, starting around five years ago. As a result, conversations about this form of gender-based violence haven’t been normalized, and many survivors, like me, can feel uncomfortable talking about it. Some survivors I know have even been told by family or clergy to keep quiet and must remain anonymous in their activism. To make things more complicated, the moment of trauma often comes with a confusing, gas-lit message from beloved elders: nothing really happened — but don’t tell. This is similar to what might be conveyed to childhood sexual abuse survivors.

Growing up, my own household was not observant, but many in my extended family are, and I became a victim of khatna by family members who thought they were doing the right thing by circumventing my parents and taking me for the procedure. It’s worth stressing that elders don’t believe that they are doing harm. They might not be aware they are practicing a ritual that is denounced by all major religious groups and is illegal in most countries. They are simply following a religious rite and social norms. As activist groups continue to spread information, perhaps this will change.

Stepping into the Spotlight

“Seven” is my fourth novel, and so I knew what to expect during the promotion cycle. There would be media interviews, panels and book club meetings during which I’d be asked about the book’s inspiration and, more specifically, my personal connection to the work. In fact, one of the most common questions an author gets asked is, To what extent is your novel’s fictional content autobiographical?

With other books, it was simple to shrug and explain that my stories were 100% fiction, with observations from my social world mixed in. But with “Seven,” I wasn’t so sure I knew how to answer this question. Sharifa is a fictional character and not me. But did I want to come out as a khatna survivor? And if I did, how would I handle questions about the details of this trauma from well-intentioned and curious interviewers? While I’ve been an activist since 2015, I intentionally performed behind-the-scenes tasks and mostly declined anything that involved stepping into the spotlight. I was too afraid to speak publicly about my own experience.

As the release date approached, I felt pulled to find a way to speak as both a novelist and as a survivor. I wanted to discuss writing craft and the issues, and I knew that I could have more impact if I brought the personal into the conversation. This, however, kept me up at night, and took me back to therapy to sort out my feelings and the trauma’s impact. I practiced answering the most intrusive questions with journalist friends so that I could find my boundaries. And still, I was afraid. The old trauma messages about shame and silence endured.

And then something shifted. It was in the middle of the second interview, for a literary podcast, when I had a moment of epiphany. My body felt strong and my mind lucid. I realized that I was responding to the interviewer’s questions as though they were opportunities rather than discomforts or threats. I came to understand that this work of fiction was a vehicle to talk about khatna, to meaningfully contribute to raising awareness about female genital cutting/mutilation.

Perhaps a part of me woke up, a part of me that had been aching to tell, and to be listened to. The shame fell away and in its place was clarity. Now, when I discuss my book’s characters, setting and plot, I also share the following seven messages.

“Seven” is one of the first novels to focus on khatna.

Female genital mutilation/cutting affects 200 million women, children and non-binary kids in 92 countries. It’s estimated that at least 75% of the women in my community have experienced khatna.

It even happens to white Christian women in the US. If it’s tied to any culture, it’s tied to global patriarchy.

Its goal is to control sexuality and it has no medical benefit whatsoever. It can have long-term emotional, physical and sexual consequences.

It’s up to all of us to normalize these conversations so that we can create change.

“Seven” has been received well. It has just been named a Chapters-Indigo Best Book of 2020. The Globe and Mail listed it as the Best Independent Read to Pick Up This Fall, and Ms. Magazine called it “fully feminist and ambitiously bold.” I’ve spoken at over 30 virtual events where I’ve talked about Sharifa, her cousins, her marriage … and khatna. I don’t brace myself, and I’ve even enjoyed these conversations. I hadn’t imagined that a book with subject matter that used to make me feel queasy would be read and reviewed so widely. And most of all, I hadn’t ever expected that “Seven” would help me become braver.

*[Please visit We Speak Out  and Equality Now to find out more about the issues discussed in this article.] 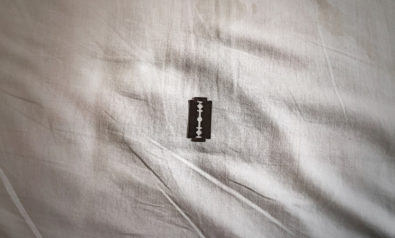 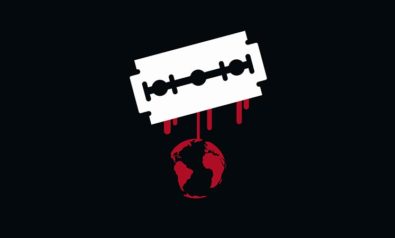 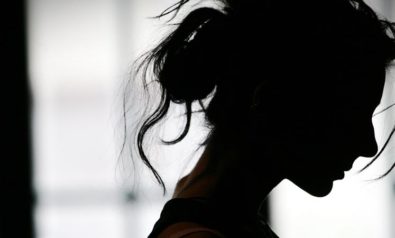