Data collection and analysis have played an important role in smart cities, but should citizens’ privacy be used as a foundation?

The real-time analysis of data procured over various electronic platforms has become integral to the development of infrastructure, planning and policy formulation within cities across Asia. Big data collected from social media, cellphone usage patterns and mobile networks has become instrumental in the planning of cities, enabling a form of urban development that allows for an efficient and (close to) an equitable allocation of resources.

With the population of cities on an exponential rise, the only available alternative to meet the demands of the growing numbers is to use their behavioral patterns, reflected in their cyber footprint, to create a system of predictable assessment—one that would be able to deliver specific services to meet this growing demand.

This can be done through a real-time analysis of data collected over a period of time from specific geographic clusters. For example, if a particular arterial road has been blocked due to maintenance requirements or an accident, an alternative route can be established well before traffic begins to build up by simply analyzing the information collected from mobile networks, GPS systems and traffic lights. Big data has become integral to urban planning in the 21st century.

Smart cities have become a central component of policy deliberations in South Asia. Prime Minister Narendra Modi recently committed to creating close to 100 smart cities in India. But what exactly is a smart city?

Smart cities have been designed as localized hubs where the information communication technologies (ICTs) are used to create feedback loops with significantly minimized time gaps.

Earlier, the only legitimate source of collecting data for the formulation of central initiatives or government policies used to be a state-sponsored census. However, these surveys have begun to falter in their accuracy resulting in policymakers becoming more averse to relying on this data.

Smart cities use a refined and significantly more accurate method of enabling data collection. A central framework of sensors is used to determine the movement and behavior of communities of individuals in real-time. An example of this is the parking space sensors placed at intersections in the South Korean Smart City of Songdo. These sensors are able to relay information regarding travel patterns, individual commuter preferences and, with a more in-depth analysis, economic demographics within short spans of time.

Another popular model has been to use crowdsourced information from applications that have been developed by private companies. They organize data into easily retrievable sets, which reveal information on economic demographics, housing and travel patterns of populations, thus attuning the raw data to the needs of the public in a cohesive manner. This system, however, requires extremely efficient means of organization, without which any significantly useful results would be impossible to achieve.

A cost-effective, intermediary method of collecting data has emerged in the form of direct source collection, in which individual citizens themselves are relied upon as the primary source of information. This is done through mobile network data, generated by all cellphones and includes information such as frequency and duration of calls, Internet plans and visitor location registry data. In cities buckling under the pressure of a growing population and facing a possible breakdown of infrastructure, this method of pre-informed planning allows the populace itself to contribute to the solution.

LIRNEasia, a Sri Lanka-based think tank, has carried out an extensive study demonstrating the value of mobile network data. The analysis of the raw data can be used to create patterns that determine trends of land use, travel routes during peak and off seasons, and the day-to-day behavior of communities across regions. The data used is suitably pseudonymized prior to this analysis.

Rohan Samarajiva, founding chair of LIRNEasia, postulates that: “This allows for real-time insights on the geo-spatial distribution of population, which may be used by urban planners to create more efficient traffic management systems.”

Data analytics is emerging as a go-to technique for managing public infrastructure systems in emerging commercial hubs such as Singapore. Collaboration between IBM, StarHub, The Land Transport Authority, and Singapore Mass Rapid Transit (SMRT) Corporation Ltd—the leading multi-modal public transport operator in Singapore—has initiated a research study to observe the patterns of commuter movement across regions. Carlo Ritti, director of the MIT Senseable City Lab, recently observed: “We are now able to analyze the pulse of a city from moment to moment. Over the past decade, digital technologies have begun to blanket our cities, forming the backbone of a large, intelligent infrastructure.”

Gerhart Schmitt, professor of information architecture and founding director of the Singapore-ETH Centre—founded in Singapore in 2010 as a joint initiative between ETH Zurich, Swiss Federal Institute of Technology Zurich, and Singapore’s National Research Foundation (NRF)—has noted that “the local weather has a major impact on the behavior of a population.” The center has been engaged in developing visual platforms that would enable individuals to make well-informed everyday choices such as walking routes or vehicular travel based on information regarding air quality and traffic congestion.

Schmitt and his team of data analysts have also been able to derive a correlation between climatic changes within the city and demands for public utilities such as taxis. This is used to locate taxis during rain or storms. This type of data analysis uses a visual depiction of temperature hotspots based on a “heat island” effect where a rise in temperature is caused by cars, buildings or sometimes even cooling units.

South Korea’s Defense Ministry contemplated the use of innovative technologies such as big data assessments in controlled security services to enhance the country’s Creative Defense vision. In Japan, the country’s Internal Affairs and Communication Ministry plans to introduce an online training program for corporate workers and government officials on techniques to assimilate, organize and analyze raw data that has been obtained from various sources.

While the collection and analysis of data has played an important role in smart cities, the key question that government officials and urbanists have debated over in recent years is: At what cost should citizens’ privacy be used as a foundation for smart cities?

The trend that has played out since the mid-2000s is that technology and the law have a high propensity to “leapfrog” over each other: When a new law is put in place to address concerns raised by the latest technology, inevitable technological advances will only lead to the law being circumvented. There is an increasingly pressing need to match the utilization of big data in cities with adequate safeguards to prevent breaches of information security, thus combining the exponential growth of technology with assurances of protection of the privacy of individual citizens. 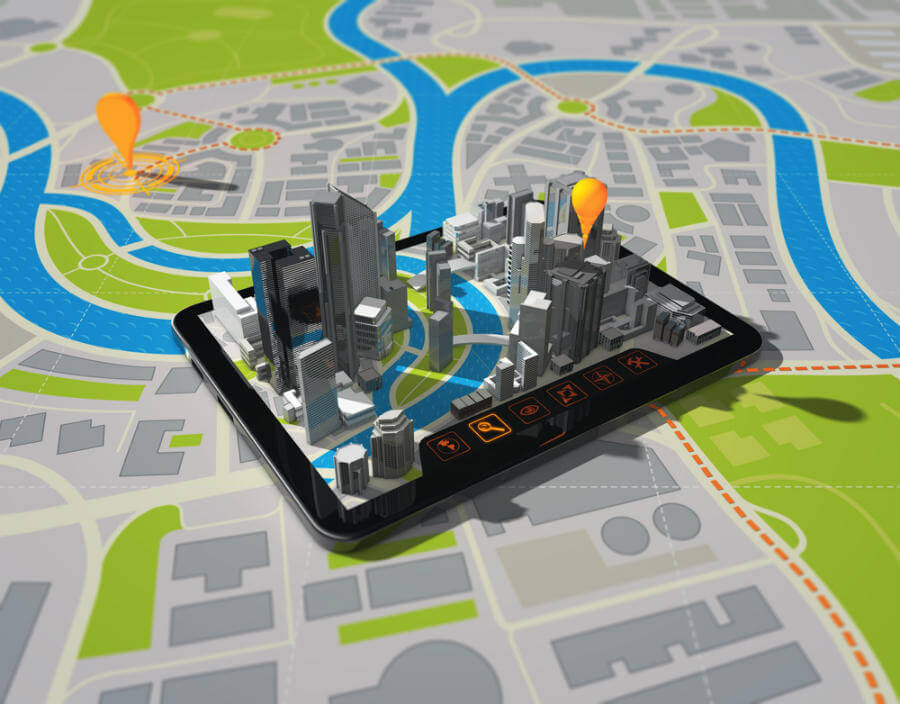 Public urban planning agencies, therefore, have a duty of ensuring the privacy of their citizens and their data, but the principle challenge planning agencies face is the limited access to information in the first place.

Private conglomerates, which closely safeguard the behavioral patterns of their customers, are reluctant to share customer data with planning agencies associated with the government or private think tanks. They believe that doing so will threaten the competitive edge they seek to maintain in the market place by virtue of their well-informed, superior knowledge of customer preferences and practices.

The reluctance to release statistics can also be attributed to a fear of data leaks, which would be detrimental to their reputation. The threat of security breaches within urban planning agencies is significant, due to a lack of adequate cyber security infrastructure. The Chinese government has recently explicated its apprehension in using big data for urban planning due to legitimate concerns of the significant vulnerability of government agencies to data breaches. A security evaluation published by Qihoo 360—the largest software security provider in China—reported that 2,424 of the 17,875 Web security loopholes occurred on government websites. The overlapping interfaces of government sites and external networks have, therefore, made the creation of impenetrable cyber security protections essential.

Despite this general apprehension toward the establishment of public-private partnerships, such partnerships have occurred more frequently over the last year. In 2014, transportation network company Uber was reluctant to share customer data with the city of New York and the state of California, but merely a year later announced that it would begin sharing trip information with the city of Boston to assist urban planners in reducing traffic congestion. Public-private partnerships with travel apps Waze, Moovit and Strava have also formed in the cities of Jakarta and Rio de Janeiro by purchasing and/or sharing of real-time data with the travel app companies to improve traffic management.

Urban planners must, therefore, manage the boundaries of data-ownership and develop lasting, equitable partnerships with private companies. As pointed out in a recent study, we do not know what a lasting and equitable partnership for data sharing looks like at the moment, given how the public data landscape is still changing. Urban planners can shape the future of such public-private relationships through transparent engagement and partnerships.

As privacy and information law experts Neil M. Richards and Jonathan E. King have pointed out, meaningful privacy protection can be achieved in a big data future “through a combination of traditional regulation, ‘soft’ regulation and the development of big data ethics.”

At the end of the day, big data can be a tool for urban planners and city officials, but it should not be the only tool. Instead, it should be one of many data sets that urban planners turn to in order to ensure that their cities are functioning in a more sustainable manner, and that is the more important goal that all urban centers in Asia and beyond would ideally work toward.