Some news items manage to sum up in a simple and succinct narrative the entire madness of a phase of human history. We are now living in the era of hyperreality, in which everything that appears superficially ordered by logical principles is in reality structured by forces we have been trained not to see or think about. The New York Times offers us one such item, under the title “Corporate Insiders Pocket $1 Billion in Rush for Coronavirus Vaccine.”

The coronavirus pandemic has been an unexpected, incomprehensible disaster for humankind. It is incomprehensible because the sophisticated world of science and medicine has not managed to make any sense of it. It is an unmitigated disaster because it has overturned our daily habits and deregulated the global economy. The entire world is affected, and most of all the US, long considered the fulcrum of the global economy, its unique stabilizing force. Over the past 70 years, the US has assumed the task of writing the rules and managing the workings of the world’s economy.

The novel coronavirus has definitively revealed that the illusion of order was just that, an illusion. It is what Prospero in Shakespeare’s “The Tempest” called an “insubstantial pageant” built on a “baseless fabric” and extending to “the great globe itself.” Prospero himself, once the spectacle enabled by his magic powers had faded, needed to walk “a turn or two … to still [his] beating mind.” But today’s Prosperos in the world of pharma and finance — latter-day magicians who manage the economy — continue to believe in the illusion and use it for profit. Their minds are beating to a different rhythm.

In contrast, the obedient actors of the economy — the rest of us — have no idea what our future will look like and no power to influence it. Neither do the powerful politicians who believed they were running the show and managing the hyperreality. They saw themselves as the master builders of an oligarchic system but now find themselves forced to swallow their words as every reassuring statement they make is contradicted by a reality that makes them look like snake-oil salesmen.

The Real Scandal of Chinese Hacking

But the world of hyperreal illusion hasn’t disappeared. It has simply escaped the politicians’ control. It is fueled by money, and money has never been more abundant. The Times article recounts how private companies working on producing a COVID-19 vaccine can, through little more than a cleverly composed press release, enrich — beyond anyone’s expectations — the investors and the executives of laboratories who have sufficiently honed their combined skills at public relations and cashing in on stock options.

The Times article describes how fortunes can be created from nothing: “The sudden windfalls highlight the powerful financial incentives for company officials to generate positive headlines in the race for coronavirus vaccines and treatments, even if the drugs might never pan out.”

The authors focus on a company called Vaxart, whose “marketing ploys” rather than its operational performance managed to feed speculation about its hopes for success in taming the pandemic. The authors cite the mendacious headline Vaxart’s marketing team placed above its news release: “Vaxart’s Covid-19 Vaccine Selected for the U.S. Government’s Operation Warp Speed.” The authors complain that “the reality is more complex.”

In reality, Vaxart “is not among the companies selected to receive significant financial support from Warp Speed,” a government-sponsored “flagship federal initiative to quickly develop drugs to combat Covid-19.” Creating the illusion that Vaxart will get support from Warp Speed makes the bet attractive to investors. Once they decide to invest, the share price rises, which means that those who hold shares or stock options can immediately profit from the windfall by cashing in.

Vaxart insists that studies of its projects by the government are “ongoing.” But the simple reality is that “no determinations have been made.” Vaxart’s success story, not in producing a vaccine but in boosting its share price, demonstrates how the process works. The fact that studies are ongoing is enough to produce a slightly deceitful but encouraging headline. The headline is crafted in a way that will get the attention of speculators on the lookout for a possible big payday. Their investment alone has the mechanical effect of multiplying the market price of the company’s shares. This immediately enriches anyone who owns shares or has access to stock options.

The COVID-19 pandemic represents a specific historic situation that has spawned its own form of spectacular hyperreality, but it reflects the hyperreality that has dominated the global economy for decades. The authors of the article offer this summing up of the state of affairs: “The race is on to develop a coronavirus vaccine, and some companies and investors are betting that the winners stand to earn vast profits from selling hundreds of millions — or even billions — of doses to a desperate public.” Desperation pays.

In a nutshell, the global economy has been reduced to a system of highly speculative bets whose value depends on consumers’ pain. This means that business initiatives intended to address major societal problems are undertaken not with the motivation of solving those problems or relieving the shared pain and anguish of the population, but with something else in mind. The race to solve a global health problem relies on the initiative of individuals out to make vast amounts of money in the shortest time span possible.

A majority of the bets they make will fail if only because there can’t be multiple winners. But because the payoff in case of success promises to be astronomic, the bettors are willing to take the risk. As insiders, they also tend to be skilled at short-selling before failure becomes obvious. Even if they lose on a bet like Vaxart, they will make it all back and much more on the one that pays off.

The executives of such firms fully understand the investors’ logic. They realize that by focusing less on their research than on their PR strategy, they will attract the wealthy moths to their feeble flame. Once the investors are in everything begins expanding, at least in the short term, leaving them the time to react before it collapses. The logic is only marginally different from that of a Ponzi scheme.

The current pandemic has magnified the essentially perverse logic at the core of today’s economy. The article informs us that “senior executives and board members … are making millions of dollars after announcing positive developments, including support from the government, in their efforts to fight Covid-19.” This effort alone has already enabled insiders from smaller firms betting on a solution to COVID-19 to sell “shares worth well over $1 billion since March.” The determining factor isn’t the quality of the research, it’s the PR.

The public should now be left asking itself whether this method of management sums up what the vaunted superior efficiency of the capitalist system is really about. But the public doesn’t seem all that curious. People are inured to the idea that the hyperreal system isn’t designed to solve problems but to increase the wealth of those who have money to gamble with.

In Friday’s column, we wondered whether the attempt by the Chinese to hack a series of laboratories engaged in research on a coronavirus vaccine didn’t represent a more rational approach to solving the global problem of COVID-19 than the one described in The Times article. We specifically asked why this research isn’t already being shared. Surely in the face of such a complex global problem, sharing research across the globe will lead to quicker and more reliable results, especially at a time when entire economies are collapsing because of the delay. 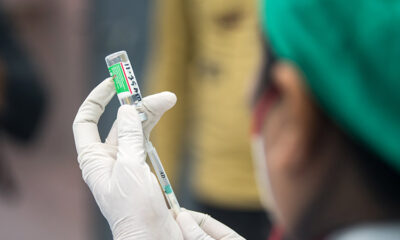 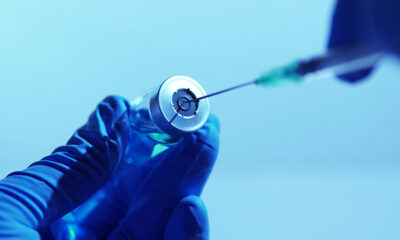 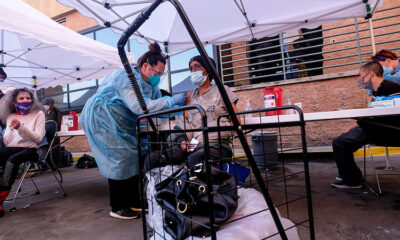 The Privileged Path in America