Two decades into the 21st century, humanity is faced with a plethora of unprecedented global crises. After SARS-1, multiple novel avian influenza strains, and the Ebola outbreak in West Africa, the current COVID-19 pandemic is by far the most severe and widespread public health crisis in at least a century.

Global climate change is finally being recognized as the single most severe threat to humanity and the planet. This century is also on track to become the era of natural disasters, unique in the history of humanity, with tropical storms, floods, droughts, heatwaves and wildfires rising exponentially in number. Pandemics, global warming and natural disasters are but three of the many large-scale crises at play, posing problems that are particularly challenging for policymaking at various levels.

The 21st century is expected to produce even more and ever greater challenges for the global community. Biodiversity loss, water scarcity and desertification, food insecurity, refugee crises, failing states and more will affect many societies in intricate, complex ways. Termed “Grand Challenges” by the United Nations and various other institutions in an effort to generate data, knowledge and advice to decision-makers, the pressing problem centers around how we go about solving them.

Phenomena like climate change, pandemics or the creeping collapse of democratic governance and the rule of law can be resolved neither by any individual country, let alone by populist and nationalist politics that defy multilateralism, nor by conventional policy design. Humanity will have to find a way to come together and develop novel and innovative concepts of governance of global public goods and commons, and of global crises, under 21st-century conditions.

These are conditions of wickedness, ambiguity, non-linearity, multi-causality and multi-scalar occurrence at a planetary scale. Humanity and planet Earth, with all its living species, form a huge symbiosis, a socio-ecological system, much as depicted in James Cameron’s 2009 movie “Avatar.” There is no pristine natural space left untouched by human influence and no human remains untouched by at least one of the many disturbance regimes, such as climate change or the current pandemic, that are haunting us.

In our previous op-eds, we advocated that in the face of these mega crises, new or renewed social contracts are key and that social learning will provide for the vehicle to get us there. We argued that scientists play an important role if they become engaged citizens of their societies and that the self-serving politics of delusional populists and autocrats — whose global mushrooming coincides with the exponential rise of global crises — are to be replaced.

Future narratives that are necessary to guide collective action in the 21st century must be principled and must be about resilience and, sometimes, resistance, often through adaptive or transformative approaches and processes, as well as through education, learning, enlightenment, empowerment and responsible citizenship. Such narratives have to be global and universal, mirroring the scale and globality of the crises that are so daunting today.

The truth is simple: Solutions have to fit the scale and magnitude of the problems, as the pandemic has shown. Humanity must now overcome the comfort zones and confines of tribalism, nationalism and self-interest, or it will perish. In the face of a perfect storm of global mega crises, we must transcend the ideological concept of self-interest driven nation-states, of hegemony and of balance-of-power ideologies that date back from the 17th century but still drive much of our modern world. The 21st century poses brutal challenges to humanity but bears the potential for an evolutionary leap forward, toward true global citizenship and a global social contract.

In less than a year, the COVID-19 pandemic disrupted the very tenets of 50 years of globalization: the tyranny of international trade regimes, return on investment-oriented global supply chain management, carbon-intense industrial production, the brutal transnational labor market and related migration schemes and global air travel. The notoriously short-lived international capital flow and foreign direct investment came to a halt for a moment — something the 2007-09 financial crisis failed to achieve — and are now being questioned by unlikely sources.

Even die-hard Chicago School economists have started to explore the circular economy (better late than never). It appears that the pandemic and its fallout are a drastic eye-opener that forces us to realize, finally, that much of the “progress” that globalization has brought about is borrowed, if not stolen, from future generations, non-human species, ecosystems and the planet, divided as we are by equators of rich and poor, of winners and losers, of “developed’ and “underdeveloped.” It is simply not sustainable.

COVID-19, climate change and many of the other “Grand Challenges” are of course correlated with the so-called Third Industrial Revolution and 50 years of neoliberal globalization and Wall Street finance capitalism. One does not have to be a socialist to understand this simple truth. Indeed, there is hope that the current global public health crisis will lead to a general reckoning, including of people in power, and that there will not be a mere continuation of business as usual after the pandemic.

Globalization and capitalism have to be transformed, enlightened, guided by mutuality and governed by wisdom and foresight based on the revitalized ideas of the global common good, of global citizenship and of a new global social contract. Think “Avatar.” 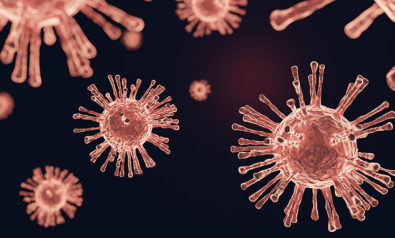 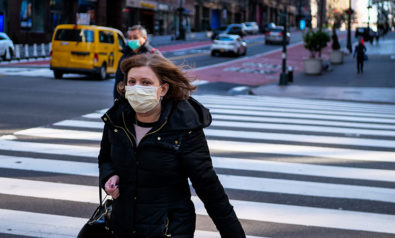 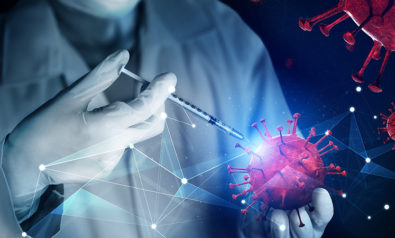