The institution that creates and maintains domestic security — and that can ultimately guarantee it during emergencies — is the police. However, a comparative look at the historical development of various political systems shows that, in the modern world, no such system has existed, or even can exist, without a police or parapolice institution. Not only does every democratic system have a police force, but also every authoritarian one too, and even totalitarian ones — such as Germany under National Socialism and Stalinist Soviet Union historically, or the Iranian regime today — have police-like organizations.

One of the distinguishing features of police-like or parapolice organizations in totalitarian regimes, as opposed to authoritarian ones, is that several of them can coexist in parallel structures, so that there are multiple parapolice bodies, often with decentralized control, whose jurisdiction and responsibilities are unspecified, unsupervised and mutually overlapping, thereby eliminating any kind of legal certainty.

Drawing from comparative research into democracies and autocracies, there are several police-related indicators that can be seen as contextual conditions associated with successful democratization processes. These indicators are also important because the domestic security guaranteed by the police is the basic foundation of all democracies, so that an analysis of police roles and functions within a democracy allows one to measure the depth and durability of its democratization or, conversely, how unstable or endangered the democratic order might be.

Seen in this light, the institution of the police may be considered a key indicator in the empirical measurement of democratization processes. In recent months, especially in Germany, numerous extreme right-wing incidents in the police have become known. An example of this is the scandal in the German state of Hesse, where six members of the Frankfurt police force have exchanged right-wing news in a private chat and personal data of a lawyer — who received death threats — was retrieved from service computers at the same police station. This begs the question of what institutional conditions must be in place to prevent such incidents in the long term?

This prerequisite highlights two major aspects. First, the police must be an explicit component of the legal and constitutional order, which also means that there cannot exist in parallel to the police, and thus in parallel to the legal system, parapolice bodies reminiscent of the extreme-right attempts to create such structures. Therefore, the duties and powers of the police, as well as limits on their activities, must be explicitly defined by the legal system and the constitution.

Second, the institution of the police must itself be subject to the procedures of the legal and constitutional order. The police is thereby denied any extralegal powers, its actions are structurally differentiated from arbitrariness, and if an individual police officer does violate the law, there is a way to prosecute and punish this violation through the legal (and penal) system.

Furthermore, the social permeability of the police must be institutionally anchored, so that it represents the democratic order not only horizontally, but vertically as well. It isn’t just about different social and economic layers being represented, but also about different cultural backgrounds. Furthermore, the police works for the demos, it should come from the demos itself, thereby standing for and acting for it, as per Hanna F. Pitkin. The options for institutionally anchoring this idea range from a simple proclamation, to a quota system or a highly detailed proportioning by percentage so as to reflect the demographic background of a country.

Important dimensions of social permeability include socioeconomic, gender-related and ethnic ones. For the police to truly represent the demos as an institution, there must be a comparableness, however this might be concretized, between the composition of its membership and that of the general citizenry.

Last but not least, there needs to be rigorous oversight of the police as a democratic institution, which includes strong self-critical faculties within the police itself, including zero-tolerance policies against far-right structures in the police. In being subject to parliamentary or judicial oversight, the police is no different from any other institution within a democracy. However, because the police is authorized to physically exercise the state’s monopoly on the legitimate use of force, there is a far-reaching potential for the violation of guaranteed human and civil rights.

Therefore, it is crucial that democracies maintain internal and external oversight of police actions, as there need to be clear and unambiguous sanctions not only for the misbehavior of individual officers, but also for institutional deviations from the guidelines of the democratic order, like by a particular police unit or agency.

A major deficiency of many police organizations is that internal criticism of officer behavior during patrols or interrogations is often misunderstood as public shaming, and is therefore suppressed by a staunch esprit de corps. An institution that is capable of admitting its mistakes and of avoiding, or at least minimizing, these in the future, is not only more credible in the public eye, but also demonstrates that police officers are human beings, not machines, capable of making mistakes just like any other citizen.

Of course, public self-criticism of general police conduct while on duty — for example, if police use excessive force at a demonstration — should not mean publicly blaming just one particular officer, who enjoys the same personal rights as everyone else. Another key issue in the ability for self-criticism relates to the use of force (such as using firearms, threatening torture, etc.), where the extralegal abuse of authority needs to be strictly forbidden. With regard to the extreme right, this point is central because it can stop the arbitrary use of force if right-wing tendencies within the police force are strictly suppressed. 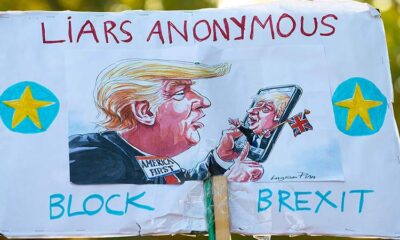 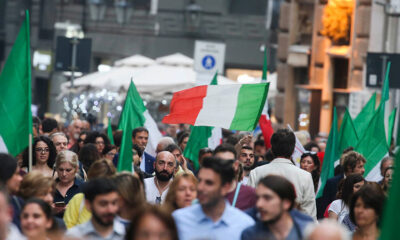 Is the World Undergoing a Deep Populist Transition? 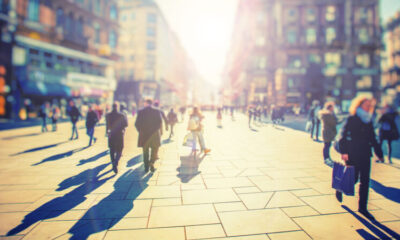