Iraq’s decline into chaos has led to the reemergence of compensation marriages to settle disputes between tribes.

The use of marriage as a means of averting blood-feuds and vendetta killings is ancient, found in texts from the Anglo-Saxon epic Beowulf to the 16th century Sharafnâma.

In the 1940s, Rupert Hay, administrator of the British Mandate in Iraq, wrote about the use of marriage to put an end to tribal blood feuds. “It is very common,” he wrote, “for a girl to be given away in marriage in payment of blood money. Thus if £90 is owing, the price of the blood of one man, the debt might be paid by the delivery of one girl, three cows and a donkey.”

These arrangements are termed al-Fusliya in Arabic and badal khueen (blood substitute) or jin be xwên (woman-for-blood) in Kurdish. Such “compensation” marriages have been recorded in Pakistan and Afghanistan and are increasingly found in modern Iraq. Here, tribes are an enduring method of social organization, in some cases predating Islam in the region, and they have become an increasingly important method of social cohesion as the state has become weak and discredited.

In one striking case, 50 women and girls were exchanged in order to resolve a tribal feud in the Basra, al-Shawli and al-Kharamasha area at the end of May.

Women married under such arrangements may not divorce and are required to sever any contact with their natal family. The young bride—who may well be a child for whom no other arrangement has yet been made—may be mistreated by the family in reprisal for the initial crime against their kinsman, and live as a virtual slave with none of the status or recourses of an official wife. Poor people, unable to raise blood money, are most likely to marry off their daughters in such forms of reconciliation. They are also least likely to be able to intercede in cases of marital abuse.

The 50 cases inspired demonstrations in the street and campaigns to crack down on compensation marriage. The reason for the growth in these marriages are the high levels of chaos and bloodshed between competing tribes—the legacies of conflict and misgovernment; a lack of faith in the corrupt state to deliver justice; and, for those in regions that are rural or stricken by conflict, difficulties in accessing formal methods of dispute resolution.

In southern and central Iraq, particularly Basra, Maysar and Dhi Qar provinces, tribal justice is becoming widely adopted. In this chaos, commitments to end compensation marriages, however well-intended, are nigh-impossible to enforce. Child marriage, for instance, is already illegal under 9(2) of the Personal Status Code, but rarely enforced. Around a quarter of marriages in Iraq involve girls and young women under the age of 19.

Child marriage has dramatically increased, as a means to “protect” girls and young women in order to maintain their “honor,” and to pass on the expenses of raising a child to a husband, in a country where the currency has crashed, unemployment is soaring and families go hungry. Women who have been raped are also forced to marry the attacker in order to restore tribal honor.

Over the past decade, women’s rights in Iraq have only been measured in violations. Iraq was the first Arab country to produce a female judge, ambassador and government minister back in the late 1970s, and it boasted state-subsidized childcare and education to the extent that around half of all public sector workers and doctors were women.

Now, Iraq is at one of the lowest places on the Gender Inequality Index. Women confront increasing levels of violence, both from their own husbands and families, and from street gangs harassing women, particularly professional women. Women who are forced into prostitution due to the financial situation, many of them widows, are executed by religions militias acting with impunity.

Iraq may have become signatory to several international human rights conventions, but in practice it is tacitly encouraging patriarchal violence against women, whether through permitting tribal practices like compensation marriage, or through following an interpretation of Islamic law that allows women very limited participation in the world outside the home.

The horrendous abuses of women under Daesh (the so-called Islamic State) has served to distract from the ongoing miseries of Iraqi women outside their territories, dealing with the aftermath of several decades of war that have eroded both the state and civil society.

We need to address the suffering of women, whoever is victimizing them, and see the deeper linkages in violence against women across the region, and support those who are making the best grassroots efforts to raise the status of women in Iraq and the Middle East. 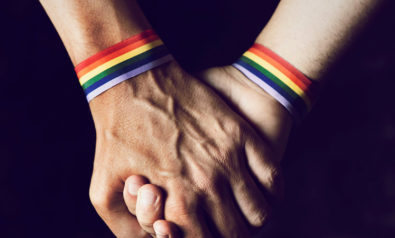 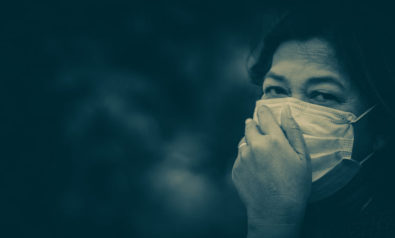