In human rights circles, there are few more important events than the annual opening of the new session of the United Nations General Assembly. Critically, the high-profile event brings together governments, UN agencies and civil society actors, fostering cross-sector collaboration and providing nongovernmental actors the opportunity to share their expertise and recommendations with the world’s most powerful decision-makers.

For gender rights activists, this year’s (mainly virtual) gathering is especially meaningful as 2020 marks 25 years since the Beijing Platform for Action — the comprehensive roadmap to gender equality — was signed onto by 189 governments. The General Assembly will be commemorating the anniversary with a high-level meeting on October 1, and focused attention on the status of women and girls could not come at a more critical time.

The coronavirus pandemic has had a uniquely heavy impact on women and girls, especially those from marginalized communities, and we are in danger of losing progress toward equality that we have spent decades tirelessly fighting for.

The public health, societal and economic ramifications of the pandemic have forced more girls into child marriage, increased rates of online sexual exploitation, multiplied women’s care burden, limited access to reproductive and sexual health care services, and trapped millions of women at home with their abusers. More women are vulnerable to exploitation in order to afford food and housing, girls who surmounted numerous barriers to attend school have now been denied access to education, and the overrepresentation of women in the informal labor sector means that millions have been excluded from formal relief packages.

While COVID-19 — the disease caused by the novel coronavirus — has brought these harmful practices into sharp relief, the pandemic did not invent gender inequality. Child marriage, female genital mutilation, the unequal division of labor, gender-based violence, exploitative work conditions — all of this existed long before the world had even heard of COVID-19.

In fact, many countries even have laws that uphold and promote these practices, legally codifying the mistreatment of women and girls. Or, despite constitutional guarantees of equality, they make exceptions for religious or customary law, which is often discriminatory, particularly when it comes to family law.

Every five years, the organization I work for, Equality Now, reviews states’ compliance with the pledge they made in Beijing to “revoke any remaining laws that discriminate on the basis of sex” and publishes its findings in a Words and Deeds report. In each edition, we discover that countries around the world still have laws that make it difficult, if not impossible, for women and girls to equally participate in social, political and economic life.

Since we have been tracking and calling attention to non-compliance with the Beijing Platform for Action, significant progress has been made in repealing and amending these laws. For instance, “wife obedience” is no longer mandated in the Democratic Republic of the Congo or in Algeria. In Kuwait, women can obtain a passport without their male guardian’s permission, and in France, women are no longer forbidden from working at night.

There’s Still Work to Be Done

Despite these advancements, many sex discriminatory family laws remain on the books. Our 2020 Words and Deeds report highlights numerous such examples.

In Burundi, for instance, the husband is legally the head of the household, and in Indonesia, men are permitted to have multiple wives while women may marry only one man. Japan requires a waiting period before women can remarry — no such provision exists for men. Women in Iran can be imprisoned for not adhering to prescribed Islamic dress codes. And in India and the Bahamas, there are no criminal penalties for marital rape. In addition, a few countries, such as the United States, lack a constitutional guarantee of sex equality, making it harder to challenge discriminatory laws still in existence.

These laws embed discrimination and legitimize the notion that women and girls are less deserving of equality, respect and power. It is an uphill battle to change cultural and societal perceptions of gender when misogyny is quite literally the law of the land. The women’s movement has been calling attention to this fact for decades, and advocates around the world have put their lives on the line to reform discriminatory laws and legal systems.

So, while governments gather at UN General Assembly to chart a path forward from COVID-19, they must not only recognize the gendered impact of the pandemic, but they must also acknowledge that existing legal systems contributed to this devastation. If there had been better laws, policies and protections in place, then the effect on women and girls would have been less catastrophic.

On the 25th anniversary of the Beijing Platform for Action, it is more vital than ever that states recommit to their promise and take action to end discrimination in the law, at a minimum. A successful, more equal, post-coronavirus world depends on it. 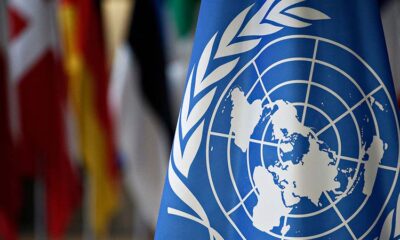 Tensions Mount in the Gulf as World Leaders Gather at UN

For the United Nations, Multilateralism Is the Way Forward 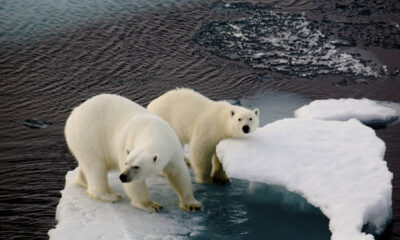