The┬ĀUS is complicit┬Āin policies that could kill as many Yemenis as Jews perished in the Holocaust.

We are witnessing a period of activism and civic engagement unprecedented in my generation. Liberals have picked up the placards they put away for most of the Obama era and remembered how to march. Health care, womenŌĆÖs rights, the rights of refugees, science-based public policy ŌĆö these are all issues the left is trying to influence from the street.

But this activism is marked by a bizarre blind spot, a mismatch in passion versus┬Āimpact. More than 125,000 people marched to get Donald Trump to reveal his tax returns. At the same time, practically no one is protesting US policies enabling a man-made famine in Yemen that could kill 7 million people before the end of the year.

In 2015, Houthi rebels nominally aligned with Iran deposed Yemeni President Abdrabbuh Mansour Hadi and took control of most of the country, prompting┬ĀSaudi Arabia to organize a military coalition to drive them out of power. Both sides are guilty of grave human rights abuses, but the coalitionŌĆÖs actions are particularly heinous. In addition to systematically targeting schools and hospitals, it has blockaded Yemen from the sea and bombed ports, bridges and highways needed to move food throughout a country that imports 90% of what it eats.

As a result, 7 million Yemenis could starve to death if they do not receive emergency food aid in the coming months. Altogether 17 million people are severely food insecure ŌĆö fully 60% of the countryŌĆÖs population. There are practically no reserves of food in the country; the few shipments of humanitarian assistance that enter the country ŌĆ£go straight into hungry mouths.ŌĆØ

The problem is that the United States┬Āis doing something: Saudi jets refuel at airborne American tankers, then drop American-made bombs on targets sometimes based on American intelligence. Even while these airstrikes frequently kill civilians, the US (and the┬ĀUK, who also sells the Saudis billions in arms) provides political cover and squashes inquiries at the United Nations.

This war could not be fought at its current intensity┬Āwithout this behind-the-scenes participation of US military and intelligence. Our government is almost certainly complicit in war crimes.

Two presidential administrations in a row have supported Saudi Arabia with remarkable consistency. President Barack Obama briefly and belatedly suspended arms sales and sharing of intelligence after several especially egregious airstrikes on civilian targets, but now President Trump has scrapped these restrictions. He even sent Secretary of Defense Jim Mattis to Congress to propose direct US participation in a Saudi-led offensive to take the largest rebel-held port, Hudaydah.

The UN and leading humanitarian organizations have expressly warned against this, claiming this would snap the last supply chain of food into Yemen and tip the country into famine. ItŌĆÖs time for Americans to start protesting this atrocity with something like the passion we did for, say, TrumpŌĆÖs ban on Muslim refugees. It is deeply disheartening to see liberals march with signs comparing the Muslim ban to the heartless rejection of Jewish refugees from Adolf HitlerŌĆÖs Germany while saying nothing about US complicity in policies that could kill as many Yemenis as Jews perished in the Holocaust.

Liberals may be so silent because speaking out against the war in Yemen would simply not be as cathartic and satisfying as protesting TrumpŌĆÖs attacks on righteous Obama policies. It requires painful self-reflection about the huge dip in activity by the anti-war left during the Obama administration. It forces us reflect on much deeper, darker trends in US foreign policy that remain consistent across Democratic and Republican administrations.

The fact is that this war shouldnŌĆÖt make sense to conservatives either. Especially to the millions who believed Trump when he said heŌĆÖd keep us out of Middle Eastern wars that serve no clear national interest. Or for those who agreed with him that the US should be able to dictate terms to weaker treaty allies.

But here we are, getting wagged again by the Saudi Arabian tail. One likely reason why the US is supporting horrific Saudi policies is that they needed assurance we arenŌĆÖt abandoning them after the signing of the nuclear deal with Iran. Washington┬Āis trying to show its anti-Iran backbone, even though TehranŌĆÖs support for the Houthis is modest compared to its role in Iraq or Syria. While Saudi Arabia is unquestionably key to the geopolitical order the US has constructed in the Middle East, one wonders if it is worth catering to their every violent wish if that means violating the top US policy priority in Yemen: winning the war against al-Qaeda.

In addition to the awful things about the Saudi operation listed above, it is also a boon to al-Qaeda in the Arab Peninsula (AQAP). The Houthi rebels are Shia Muslims and hence bitter enemies of the Sunni fanatics in AQAP. This means that AQAP has a common enemy with the anti-Houthi coalition of Saudi Arabia and the forces loyal to deposed President Hadi (who has three associates designated by the US Treasury Department as Specially Designated Global Terrorists who support al-Qaeda).

This has led to concerns that US arms sold to the Saudis might end up in terrorist hands and that AQAP is fighting alongside coalition forces (the latter claim is by al-Qaeda itself).

And yet, absurdly, Trump initially proposed participating in the Saudi campaign under the Authorization for the Use of Force passed by Congress in 2001 against al-Qaeda. This essentially translates to: ŌĆ£I donŌĆÖt need to ask Congress for permission to bomb the Houthis because I already have permission to bomb their enemies.ŌĆØ Trump adds the injury of destroying constitutional limits on executive power to the insult of betraying populist conservative hopes for a ŌĆ£no quagmireŌĆØ foreign policy.

There should be bipartisan disgust over the horrific human costs and undemocratic nature of US support for the Saudi operation in Yemen. But instead of a movement that could draw from across the political spectrum, we have no movement at all. ┬ĀHow can we change that in time to make a difference for millions of Yemenis being meaninglessly victimized by US policies?

What to Do in Yemen?

First of all, we need to identify the actors who actually determine US policy in Yemen. Congress has mostly been left on the sidelines of this undeclared war. But organized citizen engagement could help a small, bipartisan group of senators to use what few levers of influence are available to them.

Chris Murphy and Rand Paul sponsored Senate Joint Resolution 40, which would block upcoming sales of smart bombs to the Saudis┬Āunless they can demonstrate they are protecting civilians, allowing movement of humanitarian aid and targeting international terrorists. While the sales in question are just a drop in the bucket of the US-Saudi Arabia arms trade, blocking them would send a powerful signal to Riyadh and the White House.

Meanwhile, Senate Resolution 114 by Todd Young and Ben Cardin calls for US leadership on finding diplomatic solutions to famine-inducing conflicts in Yemen, Somalia, South Sudan and Nigeria, and to organize a funding coalition to rapidly cover the UNŌĆÖs $5.6-billion shortfall in humanitarian assistance for these countries.

Your senators should be in on this group as well, but theyŌĆÖre unlikely to do so unless you let them know it has a constituency. You may be surprised by their response. I recently attended a foreign policy talk by MaineŌĆÖs Senator Angus King and asked him what he thinks about arming and assisting the Saudis, expecting a pat answer. Instead, King looked at me gravely and said: ŌĆ£I think itŌĆÖs a mistake ŌĆ” We canŌĆÖt be complicit. We canŌĆÖt say later that we didnŌĆÖt know what the jet fuel was used for.ŌĆØ

The composition of this group of senators, which includes the earnest liberal Murphy, semi-libertarian Paul, reliable leftist Al Franken and social conservative Young, offers some encouragement that this movement could get support across the political spectrum. Because weŌĆÖre going to need a ŌĆ£big tentŌĆØ on this issue if weŌĆÖre going to get through to the one man who really calls the shots here: President Trump.

Trump and Secretary of State Rex Tillerson have already demonstrated that human rights issues are unlikely to play a major role in foreign policy decision-making. Another National Mall-filling liberal march might make an impression on Congress, but probably wonŌĆÖt budge the president from a position that seems to stem from his ferocious anti-Iranianism. But what if he felt pressure at the same time from Republicans for helping the terrorists and getting us into another expensive Middle Eastern mess? How much flak would Trump be willing to take for this policy before he threw the Saudis under the bus?

Hoping for a movement that could encompass “Make America Great Again and Indivisible” may sound absurd. But itŌĆÖs not as absurd as helping starve millions of Yemenis to death for no discernible reason. What it will take is for Americans from both sides to test whether their convictions are good for something besides flogging their opponents. Can liberals build a mental bridge to Yemenis victimized by both Obama and Trump and activate the empathy they showed toward Muslim refugees? Will conservatives recognize the danger that an undeclared war against our enemiesŌĆÖ enemies poses to constitutional government and to winning the war that actually counts ŌĆö the war against al-Qaeda?

The clock is ticking. 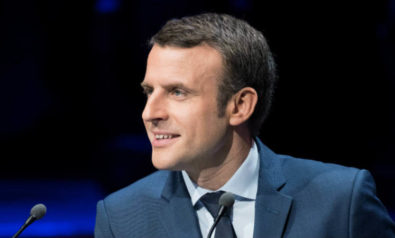 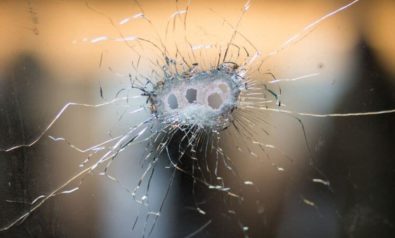 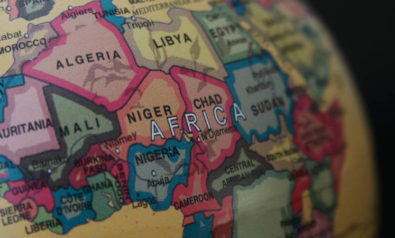