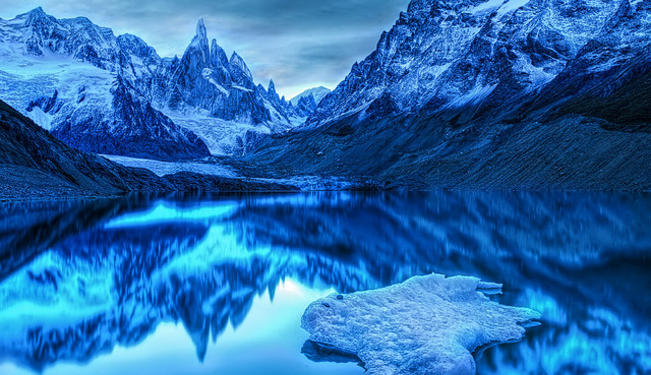 In the past few years, the political map of Antarctica, a region rich in mineral-fuel resources, has changed immensely. How can the ongoing geopolitical polarization in this region have unfavourable global effects in the long run?

Even after 50 years of peaceful multilateral research initiatives, various nations would still like to seize Antarctica. Although annexation of the continent is now difficult, ongoing geopolitics might disable the Antarctic Treaty System (ATS) after it expires in 2048, or even before that date. If Antarctica is seized, either by force or deception, this can lead to a global conflict.

The ATS refers to extensive multilateral accords which came into force in 1961. Various countries had vigorously pursued Antarctica during the Second World War to exploit its natural wealth and capture a prominent tactical location. To curb the mounting tensions, Antarctica was secured by accords (collectively termed the ATS) that only permitted peaceful activities; this guiding principle was later applied to the moon and outer space.

The ATS emphasises the protection of the continent’s flora and fauna and its mineral and fuel reserves. It also aims to prevent any militarization of Antarctica. Numerous nations have cooperative scientific agreements on Antarctic research and many of them have set up an extensive network of research bases.

The present disagreements over the Antarctic, which are likely to escalate, involve three blocs – pre-treaty claimants (PTCs), reserved claimants (RCs), and non-claimants (NCs).

The PTCs are nations that have renounced earlier claims after acceding to the ATS. However, Antarctica remains a core issue for each of them and the PTCs are likely to attempt to redeem their lost claims. The RCs did not claim any Antarctic region during or before the 1961 treaties, but have reserved the claims that they will forward during the 2048 review. The NCs have exploration interests, but none have so far claimed regional rights.

The PTCs of East Antarctica – a land-mass rich in mineral-fuel resources – are worried about the possibility of their claims being challenged by other nations. Australia (a PTC) runs three permanent stations – Mawson, Davis and Casey – in the so-called Australian Antarctic Territory (AAT). The AAT is rich in manganese ores, iron ores, coal and hydrocarbons. Australia is concerned about the growing activities of Russia and China in the AAT. Russia (an RC) has multiple stations in the AAT since the Soviet Union era. Moscow’s long-standing Antarctic presence makes it difficult for Canberra to protest.

China (an NC) was a late entrant to the Antarctic race. It ventured into the AAT by establishing the Zhongshan station at Larsemann Hills in 1989. With meagre experience down south, China was passive in its early Antarctic years. Today, China is a global power with aims of developing a blue-water navy, and it has expressed a desire to exploit Antarctic’s mineral resources. The recently-built Chinese station Kunlun at Dome Argus, the highest location on Antarctica, is an example of Beijing’s ambitious Antarctic programme.

Australia’s neighbour New Zealand, (a PTC), has interests in its old claim, the region of Ross Dependency, which is rich in off-shore oil reserves. In the near future, possibly by 2014, a South Korean station, Jang Bogo, will also come up at Ross Dependency. Despite preliminary scientific cooperation between New Zealand and South Korea on the project, the arrival of a competitor has alarmed Wellington.

New Zealand is a close ally of the United States – the largest investor in Antarctica since the launch, in 1955, of Operation Deep Freeze, a series of U.S. military missions to study weather, geology and wildlife. New Zealand serves as a gateway to the U.S’s Antarctic missions at McMurdo and Amundsen-Scott stations. The McMurdo station lies in the Ross Dependency and is the largest base on the continent.

McMurdo connects with Amundsen-Scott by a compacted snow highway – the McMurdo South Pole Highway. This highway passes adjacent to the Marie Byrd Land, a region that was unclaimed due to its geographical inaccessibility. Although not much is known about the fuel-mineral prospects of Marie Byrd Land, it is a potential claim of the U.S. It can be assumed that Australia, New Zealand and the U.S. will collectively try to defend their interests in East Antarctica.

Across the Trans Antarctic Mountains lies the fiercely-contested region of West Antarctica. Despite the ATS suspending all claims until 2048, many contestants maintain physical proximity to strategic islands just above the Antarctic Circle.  The French control the French Southern and Antarctic Islands. Australia controls the Heard Island and McDonald Islands, and Norway controls the Bouvet Island.

Chile and Argentina are in natural close proximity to the southern land, which gives them quicker access. The United Kingdom governs the disputed Falkland Island and South Georgia and South Sandwich Islands. These islands were the main reason for the Falklands War of 1982 between the UK and Argentina. The control of these islands is an important advance in the UK’s ambitions for the south.

The regional claims of Chile, Argentina and the UK (all PTCs) in West Antarctica overlap. The three also have conflicting common interests in Drake Passage, a water body that connects the Atlantic and Pacific Oceans south of South America. The islands to the south give the three nations access to contiguous underwater resources; they may also be the location for naval bases in the event of armed confrontations.

The tensions over claims to the Antarctic are intensifying, and leading to newer alliances. After Australia was granted, in May 2012, an expanded seabed (consisting of the Kerguelen Plateau) by the UN Commission on the Limits of the Continental Shelf, the UK has been pushing for similar seabed expansion in the South Atlantic. Such expansions could convert international waters near the Antarctic Circle into exclusive economic zones. It also means that the Southern Ocean will be potentially exploited at latitudes close to the Antarctic Circle, especially in the ice-free Amundsen, Ross and Dumont d’Urville Seas, stealthily moving claimants nearer to the Antarctic mainland.

India, non-aligned during the Cold War era, acknowledged the peaceful use of Antarctica. India has three research bases on Antarctica – Dakshin Gangotri (now partly defunct) and Maitri in Queen Maud Land (a Norwegian claim) and the newest Bharati in Princess Elizabeth Land (an Australian claim). So far India has not shown an interest in exploiting Antarctic resources, possibly to avoid any conflict in its littoral region. But the immediate concern for India is the absence of a policy to deal with competing multilateral claims to Antarctica, which may eventually escalate into a confrontation.

In addition to the growing competition amongst countries to claim parts of Antarctica, the continent can also become the cause of a global ecological crisis. These are the likely scenarios:

1. Antarctica’s greatest natural resource is its gigantic fresh water reserves. The seabed prospecting rights granted to a few nations will eventually be opposed by adversaries. This will align nations with mutual interests in protecting their respective claims on mainland Antarctica. These polarised blocs could militarise the southern islands and their exclusive economic zones to create a circumpolar blockage in the Southern Ocean and further militarise Antarctica to protect their interests. Such a hostile situation may open a naval theatre in the Southern Ocean that cascades into a war.

2. Persistent high global temperatures will continue to release large volumes of fresh-water drift ice from the approximately 1.55 million square kilometres of coastal Antarctic ice shelves. The ice could be traded by the exclusive economic zones with water-scarce nations, creating a volatile global water economy. A global increase in demand for fresh-water may eventually lead to scavenging of Antarctic ice followed by further exploitation of its mineral-fuel resources.

3. The Southern Ocean plays a major role in thermohaline circulation – a conveyor like circulation of global oceans. The ocean consists of a unique water body called the Antarctic Bottom Water (AABW), the coldest and most oxygen-rich deep water body on Earth, and the ventilator of our planet. Excessive fishing and offshore drilling will decrease the AABW’s oxygen content and increase its temperature, eventually causing thermohaline circulation to shut down. This will aggravate disturbed oceanic winds, intensify El Niño events and lower agricultural yields. If the shutdown is sustained, it will lead to anoxic (depleted in oxygen concentration) oceans, ultimately leading to the extinction of some living organisms.

These should be reasons enough for a non-claimant like India to take a lead role in developing global mechanisms to pre-empt any potential Antarctic conflicts well before 2048. A safer Antarctica is an imminent need for the entire world.

* This article was originally published by Gateway House on January 3, 2013.