The presence of radical-right groups at academic conferences raises a difficult dilemma for organizers seeking to balance the limits to freedom of expression.

Over the course of the year, far-right groups in Quebec appear to have been systematically attempting to intimidate journalists and academics who focus on their activities. In May, half a dozen masked members of Atalante, a group which advocates openly for a “renaissance of the neo-French in Quebec,” gained entry to the Montreal newsroom of Vice Quebec, dumped clown noses and leaflets depicting the agency’s logo bleeding all over the newsroom and awarded journalist Simon Coutu — who covers the often challenging subject of far-right groups active in Quebec — a trophy for being a “garbage media.” In doing so, the six members of Atalanta sought to intimidate journalists and show their dissatisfaction with a recent article that described them as an ultra-nationalist and racist identarian organization tied to and modeled after the Soldiers of Odin (SOO) in Finland.

A few months earlier, about 30 members of La Meute (or The Pack, a Quebec based group which reinterprets First Nations, neo-pagan and Christian spiritual traditions in order to develop a new cultural identity for Quebecers) and of the Soldiers of Odin (an anti-immigrant vigilante group originally from Finland, but with a presence in Canada since 2016) disrupted a colloquium on the extreme right. The meeting, opened to the public, was organized by the Centre for Expertise and Training on Religious Fundamentalism and Radicalization (CEFIR), a research facility housed at the Cégep Édouard-Montpetit in a notoriously multiethnic suburb of Montreal.

Throughout the colloquium, members of La Meute and SOO, clad in “uniforms,” shouted, heckled, mimicked and mocked researchers to convey their displeasure with the radical-right label attached to them, the use of federal funding to support research on such topics, and the validity of the findings presented. Videos of the proceedings from the colloquium can be found here.

According to a CEFIR press release following the event, while members of La Meute and SOO were not invited to participate, the colloquium was opened to the general public. However, as one of the presenters and a scholar focusing largely on the Soldiers of Odin who drew the ire of the group’s members in attendance, I have spent the last few months reflecting on the experience and pondering whether a series of best practices or lessons learned can be derived from it. This is particularly important if the disruption of academic events dealing with the radical right is to become the norm, which appears likely for conferences open to the public.

An overly simplistic and arguably counterproductive response would be to outright ban entry to individuals belonging to these groups. Given that one of the more valid criticisms leveled against some of the research presented was an over-reliance on digital ethnographies and a lack of interaction or consultation with the radical-right groups, denying the members of these groups access would be likely to exacerbate their frustration and reinforce their hostility toward academic scrutiny. If we reflect honestly, it is perhaps understandable that the groups felt frustrated by a narrative that they saw as incomplete and impersonal. After all, when given access with proper ethical clearances, researchers embedded within radical-right groups have produced groundbreaking research, as is exemplified by Harel Shapira’s Waiting for José: The Minutemen’s Pursuit of America.

That being said, in addition to their behavior, which in many ways represented the antithesis of scholarly debate, the presence of uniformed members of SOO and La Meute at an open event held at a pre-university and technical college was also problematic. Radical-right groups have recently made a point of staging recruitment activities on university campuses south of the Canadian border and, in doing so, thrust institutions into political discord and, in some cases, violence. Indeed, the presence of La Meute and SOO regalia on campus was condemned by the Cégep’s student associations.

Moreover, several students I spoke to expressed concern at the sight of symbols generally associated with hate and xenophobia being publicly showcased, particularly in the aftermath of the racially motivated 2017 Quebec City mosque shooting and the twofold increase in hate crimes targeting Muslims in 2017 across Quebec. “I can’t outrun bullets,” retorted one student who lamented that he felt uncomfortable publicly engaging with the presentation. As such, while the outright ban of members of SOO or La Meute would have been heavy handed, the overt display of their uniform should have been curbed.

As eloquently articulated by Louis-Philippe Lampron, another speaker at the CEFIR colloquium, the presence of radical-right groups at academic conferences raises a difficult dilemma for organizers seeking to balance the limits to freedom of expression that can be put in place within educational and research institutions. Whilst organizers of any scientific event have a great deal of discretion in choosing the speakers they wish to include, Lampron argues that excluding individuals based of their ideological inclination or political ideology may be problematic and that in principle and at the outset, the organizers’ decision to permit members of SOO and La Meute to be present at the colloquium was well founded.

However, while a group’s potential reactivity to controversial matters may not be sufficient to justify their exclusion, it must also be clear that the expression of any opinions — and behavior such as interruption of presentations, non-compliance with the rules on speaking rights, monopolization of speaking time, covert recording of the colloquium and attempts to recruit students — cannot be made in such a way that it becomes synonymous with intimidation. Future organizers of public conferences on the radical right should, therefore, be aware of the CEFIR’s experience and plan for the possibility of having members of radical-right groups in the audience.

*[An earlier version of the article erroneously referred to La Meute as the Wolf Pack.] 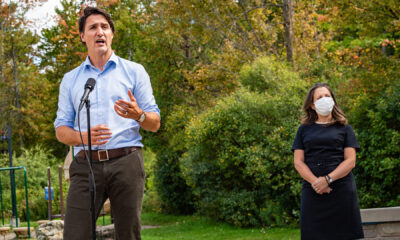 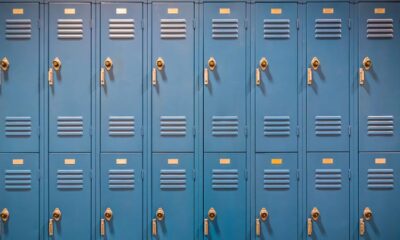