Last July, Warren B. Kanders stepped down from his role as vice chairman of the Whitney Museum of American Art. His resignation was a response to protests regarding the sale of tear gas by his company, Safariland. Their ire was roused by reports that the tear gas had been used against migrants, including children, on the US-Mexico border, against Palestinians in the Gaza Strip and demonstrators in Turkey and Puerto Rico.

This month, Kanders defended himself in an interview in the Financial Times in which he argued that tear gas is a “less lethal” option for quelling dissent. “If you look around the world from Paris to Hong Kong to Chile, in the absence of these less-lethal products the results would be quite different,” he said. In other words, if they weren’t gassing protesters and migrants, they might be shooting them. Tear gas is the lesser evil.

Coming from Kanders, perhaps this logic holds. But would it hold if it was the view of a local street gang leader who sought to profit from selling kids knives instead of guns?

It’s unlikely that Kanders has any experience of what it is to be a dissident or migrant facing the might of an oppressive state. He never needed to understand that oppression operates using the widest arsenal. Sometimes, security forces select lethal weapons, like guns, sometimes less deadly ones, like tear gas. And how do we define other tools of terror under these classifications, such as rape, humiliation, burning, torture or simply erasure — the mysterious disappearances that afflict oppressive societies such as Syria, Sri Lanka and Bangladesh?

To argue that without tear gas, security forces would use something worse is to sustain that those forces, regardless of their ethical position, have the right to use it. In other words, the capacity to suppress dissent is conferred by purchase power, not moral legitimacy.

Of course, much of the global arms trade depends on this unspoken concord. Nevertheless, sometimes a halt is called. Currently, for example, the UN has placed arms embargoes on a list of countries, including Yemen, Iran and Iraq. Kanders underlines that all his sales outside the US satisfy State Department protocols.

But he also opines that his job is “apolitical,” which suggests he takes no interest in the end use of his products beyond commercial legality. Yet millions of people in the world in which Kanders trades don’t have the luxury of that position. Mass migration is on the rise, ditto authoritarianism. Kanders’ weapons may be gentler than bullets, but they are being used to maintain systems of power whose moral compass has swerved horribly. That those systems of power may be close to home, such as the US, does not give them a license to suppress dissent or repel migrants with violence.

Tear gas may not kill, but it can be deadly to civil freedom and equality. It has to cause intense pain — otherwise it wouldn’t function. That’s why the Hong Kong activist Joshua Wong asked, last August, for Safariland to cease selling crowd-control weapons to the island’s police force.

Can you cash in, as Kanders does, on the growing demand for less lethal weaponry and still claim you are committed to freedom and democracy? In the Financial Times, he dismisses the Whitney debacle by claiming that “the world’s gone mad.” There at least his critics might agree with him, for this month saw Greenpeace and Extinction Rebellion classed as a “key threats” by British counterterrorism police. It seems that those who are trying to save the world are being accused of destroying it. Should we be grateful that, thanks to Kanders and his fellow arms traders, we have the means to stop them?

It would be foolish to say that a state and its security forces do not have a right to defend themselves. But Kanders’ ostracism from his beloved world of culture highlights that today, for many citizens, it’s not acceptable that traders simply sell to the highest legal bidder. The success of the Whitney protests signals that companies like Safariland now have a responsibility to verify the context in which their products, even if they are “less lethal,” will be used. Let the seller beware. 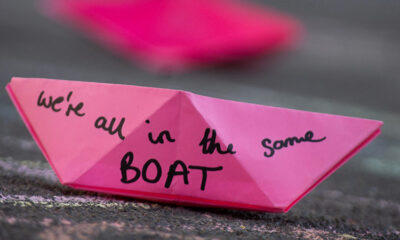 Extinction Rebellion Is Not a Cult 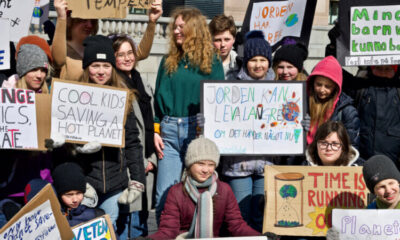