The unspeakable violence of the Middle East that we have come to abhor has come to America.

Like so many people around America, my wife and I awoke Sunday morning to the incomprehensible news of the horrendous slaughter of innocents at a downtown nightclub in Orlando, Florida. Only for us, it came as a special shock. Orlando is our hometown.

It was the town that, even after so many years, we loved returning to: its azalea-strewn parks, its brick-paved, southern oak-lined streets, its 1,000 placid lakes that invited quiet evenings with friends over the barbecue and swatting mosquitoes, and its hundreds of places of worship that still draw crowds on Sundays and Fridays. And it was the town where we were married and where we returned for the births of two of our three children.

The nightclub scene of this horror was located just down the street from the hospital where my wife was born, and where my brother and I had our tonsils removed. It’s on the same street where she and I grew up, played amidst orange groves and rode our bikes every day. The nightclub was merely blocks from my route as a newspaper boy aged 9-11.

But the shocking irony of this incident for us is that when she and I left Orlando those many years ago for college and careers, we subsequently chose to submit ourselves to a life of unpredictability and violence. As an American diplomatic family, we were assigned to worn-torn Nicaragua in the mid-1980s and assignments to Middle Eastern countries far more familiar with the kind of senseless violence that struck our hometown on June 12.

The patrons of that nightclub made no such choice, opting instead for a Saturday night of fun, friends, music and dancing. The unpredictability was in the choice of the next song; the “violence” in an unanticipated bump on the dance floor.

My mother had grown accustomed to praying for my family and me on our seemingly perilous peregrinations. In 2003-05 and again in 2009-10, in high-threat assignments in terrorism-plagued Riyadh, Saudi Arabia and war-wracked Baghdad, Iraq, respectively, she learned to never ask what was happening or what I was doing. She was too afraid to know the answers.

In Riyadh, just hours after a suicide bomber had driven an explosive-laden truck into a residential compound and detonated it less than one mile from the US Embassy, I visited the site and, while doing an interview for local media, watched as the bodies of children were removed from the rubble and carried away. In Baghdad, I felt the embassy shake one morning as a massive truck bomb exploded next to an Iraqi government ministry, killing more than 100 Iraqis, including dozens of small children in the ministry’s nursery for children of employees.

Such violence always saddened me, of course. But it had become commonplace in a region afflicted with violence, extremism, red-hot discontent and always simmering unrest.

On Sunday morning, my wife and I stared at the television screen and scenes of what, for us, had been familiar in the Middle East: people screaming and crying for missing loved ones, police and rescue vehicles racing to and from the scene, somber-faced journalists reporting every shred of information gleaned—and often not always relevant or accurate in the turmoil and uncertainty of the moment—and just the chaos of a community and world turned upside down.

But this wasn’t Baghdad. It wasn’t Riyadh. Nor was it Damascus, a city my family and I had visited often in our Middle East travels.

This was Orlando! It was our hometown. They were naming streets like Kaley Avenue and Orlando’s showcase main street, Orange Avenue. They were names so familiar to us that they instantly conjured pictures in our minds of just how they were those many years ago.

They were showing our hometown. How could such inconceivable violence come to our hometown? A town better known for theme parks, family fun and lots of classic Florida hospitality and sunshine. Once proudly known as “the City Beautiful,” now they’re calling our hometown the scene of the worst mass killing in American history.

Unlike the many pundits and politicians offering instant analysis of the shootings, I have no immediate answer to how such a horrendous act could happen in my hometown or, indeed, anyone’s hometown in America. It will take authorities days, if not weeks, to fully investigate the incident and the man responsible for it. We ought to let them do their work. I am confident that they will do it thoroughly and that that we will have our answers.

But we may not know what spurred Omar Mateen to initiate his fatefully fatal task in the early hours of Sunday, June 12. What was truly in the man’s mind? Did he hate gays? Was he motivated by the extremism of the Islamic State? Was he mentally disturbed as his ex-wife has claimed? Did he have some grudge against a society he felt owed him something he could not have? Or was he motivated by the “fame” of having carried out the most spectacular homicidal rampage in American history?

Whatever his twisted motivation was, he could not have slaughtered so many people in so short a time had he not had deadly semi-automatic weapon, an AR-15. Fifteen years ago, when such weapons were banned, such a crime would have been very difficult—not impossible, mind you, since criminal minds do have their ways, but exceedingly difficult. But this man was legally in possession of a weapon intended only for killing lots of victims very fast. It’s senseless.

I spoke by phone on Sunday with a close high-school friend. He was as shocked and saddened as I. For the victims, for their families and for our hometown. “We are just not that kind of community,” he affirmed with palpably emotional resolve.

Nor were all the other hometowns in America: Blacksburg, Virginia, home to Virginia Tech; Newtown, Connecticut; Roseburg, Oregon; San Bernardino, California; Ft. Hood, Texas; Aurora, Colorado; and all the many others.

The unspeakable violence of the Middle East that we’ve come to abhor has come to our hometowns. But unlike that region of the world, we live in a nation where citizens are empowered. We can speak out. We can act.

What will we do about it before the memory of someone else’s hometown is shattered? 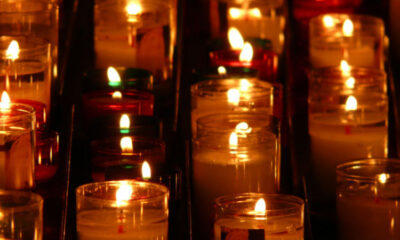 Mateen, Roof, Lanza: What Do They Have in Common? 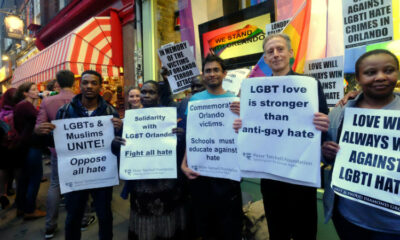 Barney Frank is Wrong: We Must Grieve Undivided for Orlando 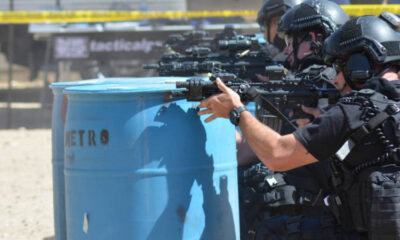