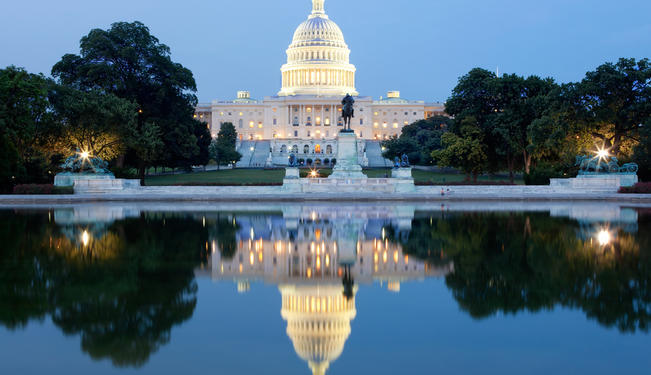 In Egypt, the US has become the bogeyman for both the revolutionaries and the Muslim Brothers.

The Saudi-supported military overthrow of Egyptian President Mohammed Morsi on July 3, 2013, following massive demonstrations against him throughout Cairo and Egypt, presented the United States with a dilemma. The Obama administration was hard-pressed to deflect the perception of the US' tacit support for the coup, while calling for an inclusive electoral process that would enable the Muslim Brotherhood to contest again for parliamentary and presidential seats which they had been elected to before.

The US refusal to call the ouster of Morsi a coup, combined with its long-standing financial assistance to various pro-democracy groups, was perceived as proof that the US backed efforts to create an illiberal democracy in Egypt.

Between Democracy and Stability

Such an outcome would prevent the return to power of Islamists who would challenge the military’s efforts to contain the wave of change sweeping across the Middle East and North Africa. Such a nuanced US message is hard to convey in a zero-sum environment where anti-Morsi forces see the Morsi government as not inclusive, while the Muslim Brotherhood view Morsi’s overthrow as illegal.

The US reaction to the Egypt coup shows that its policy hinges on two ideas: democracy and stability, which constitutes the dilemma. As a result this perpetually causes it problems in the region. Moreover, it has limited options because the Saudis are countering the efforts of any potential cut-off of US aid, while what constitutes US power has changed. A small but significant sign of this change is that both the Brotherhood and the Tamarud (rebel) youth movement that had petitioned Morsi’s resignation refused to meet the US deputy secretary of state, William Burns, when he visited Cairo last week; he could only meet the military leaders.

The US parted ways with Saudi Arabia on Egypt when the military coupled its toppling of Morsi with a crackdown on the Brotherhood, with mass arrests, legal proceedings, targeting of Brotherhood-affiliated businesses and closure of Islamist media. The US tacitly agreed to the removal of Morsi, but not a witchhunt against the Brotherhood which will lead to an illiberal democracy at best, and further volatility rather than a way out of the crisis.

The mass protest by the Brotherhood, as well as its resolve to fight the coup and what it sees as the illegal ouster of Morsi in the streets of Cairo and other Egyptian cities, demonstrates that it may be down, but it is certainly not out. The crackdown, as well as the nature of the military-approved roadmap for Egypt’s return to an elected government, guarantees that the country will be, at best, a guided democracy – restricted or controlled behind the scenes by the military.

Ignore the Economy at Your Peril

The Obama administration’s message is further called into question by the fact that its support for pro-democracy groups included aid to non-governmental organisations (NGOs) that served as fronts for anti-Morsi politicians and even a former US-based police officer who advocated violence. The US position is likely to be complicated as the broad anti-Morsi coalition – whose left-wing, liberal, Salafi, pro-ancien regime and youth wings agree on little else besides Morsi’s downfall – inevitably falls apart.

With the exception of the supporters of former autocrat, Hosni Mubarak, who was toppled by a popular revolt in February 2011, few members of the coalition are likely to be happy with a government that may well roll back hard-fought freedoms acquired two years ago.

Initial indications from the interim government suggest a return to Mubarak-era economics that sparked the uprising in the first place. Anti-Morsi forces have failed to heed a key lesson from Morsi’s failure: ignore the economy at your peril. Saudi Arabia, the United Arab Emirates and Kuwait – Gulf states hostile to the Brotherhood – have thrown the military and the government a life line with US$12 billion in immediate aid. This has allowed it to entertain rejecting, like its predecessor, a US$4.8 billion International Monetary Fund (IMF) loan that would have forced it to introduce the unpopular reforms needed to tackle the economy’s structural problems.

The US’ dilemma is indicative of the contradiction between the Obama administration’s rhetoric and its policy, as well as its struggle to balance lofty ideals – promotion of democracy and human rights – with perceived short-term interests. Wholehearted support for change in the Middle East and North Africa would put the US at odds with almost all its Arab allies that are governed by repressive, autocratic leaders and could endanger continued Egyptian adherence to the peace treaty with Israel.

The contradictions mean that the US, in effect, responds to developments on the ground on a case-by-case basis. By definition, that ambiguity makes it a target against the backdrop of a policy that for decades saw autocrats as guarantors of stability at the expense of an increasingly disenfranchised and discontented populace seeking social justice and greater freedom.

US options in Egypt are limited. Saudi Arabia has already pledged to compensate Egypt should the US cut off its US$1.5 billion in primarily military aid. Moreover, US power is globally reduced by the fact that the world has changed. It no longer deals primarily with dependent, poor nations playing both ends of the Cold War. These countries have become largely middle-income nations, and have alternative options in a multi-polar world. As a result, the US faces a no-win situation in Egypt.