Writing off the children growing up in Chicago’s ghettos as lost causes will only ensure the continuation of the cycle of violence.

There’s a bullet for everyone in my neighborhood. You just have to dodge it or not be around when the gunman puts it in the cartridge, cocks it and aims.

As of June 8, Chicago had seen 1,050 people shot since the beginning of 2015. That’s more than the number of people shot in New York and Los Angeles combined. Although some critics, such as Chicago Police Superintendent Garry F. McCarthy, argue that crime rates have dropped in Chicago since the early 1990s, this claim is misleading. The amount of shooting victims has actually spiked, since violence is concentrated in certain areas. Specifically, the Englewood police district clocked in more murders in 2011 than any other district where unemployment was approximately 35%.

This is how we roll in Englewood, one of the many hoods in the south side of Chicago. It’s a cold environment in these parts. On every corner, gangs defend their turf like a fort, taking pride in being a part of a group that has filled both the sociological and emotional family factors missing in their lives.

Everyone Needs to Belong

The absence of my biological father was my social ill. Despite constant prayers and love from my mother and grandmother, I joined a gang called the Gangster Disciple Nation (GDN) at the age of 12, searching for a male role model and respect from my peers. As a naval military professional today, people struggle to comprehend why I and many other youths are or were involved in gangs.

The answer is simple: Humans have a fundamental need to belong. Belonging is a distinctly primal urge. Just as we have needs for food and water, we also have needs for positive and lasting relationships.

Joining a gang fills the emotional void of loneliness. You gain respect among others, build camaraderie and find a new family. But let’s make one thing clear: Gangs are not bad. The military, fraternities and sororities, and even political parties are gangs. The difference is how they operate. In the same manner that a parent raises a child with love and discipline, society has proved that the most successful people grow up being mentored by someone who is patient with them despite their numerous failures.

The reality is that many youth from under-resourced communities are searching for mentors they can call their own. According to MENTOR, the National Mentoring Partnership, 37% of at-risk youth report that they never had an adult mentor of any kind while growing up. Nationwide, that means 9 million at-risk youths will reach age 19 without ever having a mentor. 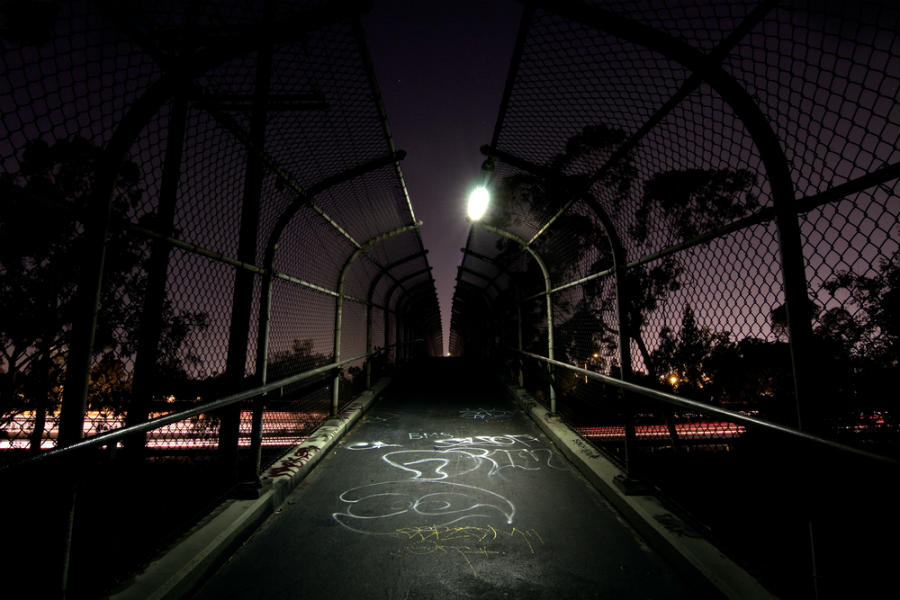 So the next time you attempt to judge youth involved in gangs and violence, just remember that someone was patient with you through all the mistakes you made growing up. All human beings need patience and love. Without them, we look elsewhere for something to take their place.

Like Wal-Mart, a wide supermarket of drugs and guns can be bought and sold in your average Englewood alley or apartment building. What a place. No matter what the season or time, crackheads, gangsters, hobos and hustlers walk the same streets as children on their way to school, educating them on the advanced placement courses of the streets. Kids are shown their future at a young age. They strive to become professionals in various trades: successful hustlers, drug dealers, pimps and killers.

According to the National Center for Victims of Crime, in one study of inner-city 7-year-olds, 75% had heard gunshots, 60% had seen drug deals, 18% had seen a dead body outside and 10% had seen a shooting or stabbing at home. The same study showed that in Chicago alone, approximately 25% of black children reported witnessing a person shot and 29% indicated that they had seen a stabbing.

It’s not a surprise that these youths are influenced by what they see. I made it out of the hood because I had a mother, grandmother and godmother who pushed me to dream and prayed for me everyday. Many critics judge the youth of Chicago because they have no desire to dream big or envision a life outside the city for themselves. Looking into the eyes of these young children, you can see a thirst to learn from their surroundings: The hood is all they know. These at-risk youth cannot dream what they cannot see. The bullet of the cold streets just took another life.

I came to Chicago from Detroit, Michigan, when I was 3 years old. My parents had divorced and, with no money, my mother, my brothers and I moved in with our grandmother in the Englewood neighborhood­—the most violent ghetto of Chicago. The smell of weed, garbage and liquor constantly filled the air. For decades, heroin and marijuana have remained the most prominent drugs trafficked in Chicago’s street-level narcotics trade.

A study by the Illinois Consortium on Drug Policy (ICDP) reaffirmed that Chicago remains the city with the most rampant heroin overdose problem in America. In 2010, Chicago metropolitan hospitals recorded 24,360 heroin related ER admissions. The chemical engineers of Englewood diligently mix every form of leaf, liquid or powder they can get their hands on. They have mastered the scientific method of experimentation to the bone. The chemists of Englewood could give students at the Massachusetts Institute of Technology (MIT) a run for their money.

We walked down the street to church every Sunday. But that walk wasn’t pleasant. In those four short blocks one could learn a life story. Trash was everywhere. On the second house of the first block, a group of guys dressed in black and blue hovered like bees around a cracked gray porch. These were the gangster disciples, a notorious Chicago gang better known in short as GDN.

With no mercy, GDN had a bullet for anyone in Englewood who interfered with their money, turf, drugs or women. They always wore black and blue, their trademark colors of identification. They were all employed full-time just to stand and hang. On the other side of the third block, right in front of the church, stood a large group of 20 to 30 guys dressed in red and black. They were called the Black P. Stone Nation (BPSN), a rival gang. Some refer to BPSN as the Bloods. They were called Bloods for a reason: They loved to shed it.

The BPSN were vultures. Gulping down large bottles of Smirnoff, smoking weed and showing off their various guns to each other, the group of BPSN’s comical laughter was interrupted when they saw a kid walking down the street in a red shirt. The kid could not have been older than 12. His life had just begun. He walked down the pavement past the large group of men on the porch, excited about the large red popsicle that completely absorbed his attention. His sweet smile brought hope to the entire block, a direct juxtaposition to the dark, depraved surroundings around him.

Instantly, happiness turned to nightmare. The kid found himself surrounded by 20 men in what appeared to be the black Ku Klux Klan. He was captured by his predators. The circle of life was taking place, closing in like a boa constrictor. When the circle opened up, all that lay there was the dead brown boy and his red popsicle. The kid was handsome with his curly, black hair. The popsicle’s juice dripped and ran alongside the curb, fusing with the boy’s rich red blood. His life had just ended.

Colors have always fascinated me. Kids grow up excited about the world of coloring and its rich, vibrant tones. A color, pure and fun to the mindset of a child and a concept taught to everyone in school, can cost you your life. Here, color was a bridge to death. The colors you wore determined whether or not you would see the sunrise the next day.

It’s not the Music

Drill music is the gospel that exemplifies the gritty daily life in Chicago. The term “drill” originally means to fight or scrap. The city’s youth created drill music—a subgenre of Hip Hop’s trap music—in order to cope with the violence experienced on Chicago’s impoverished south and west sides. The city was stamped with the nickname Drillinois due to the music’s grim, violent and aggressive lyrics, which reflect the gangs and crime that has made Chicago the murder capital of America since 2012.

Many critics argue that the raw message behind drill music condones violence as “cool.” Although some youth do use drill music to glorify violence, there are also many others who use it as an outlet to express the experiences they have endured and the feelings they have felt.

But as a city, we have to stop pointing fingers and blaming drill music for the violence we see in Chicago. Violence and crime was rampant within the city long before drill music was invented.

The issue is not the music, it’s lack of education. One thing the Naval Academy has taught me is to take responsibility for my actions. If the unit fails, then I fail as a leader. In this same manner, if we give up on the youth of Chicago, then we all fail as leaders and a community. It is our “duty” to serve them.

Instead of focusing so much on music and how many people get shot everyday, we must focus on creating and maintaining aggressive mentorship programs that are promoted so hard all the youth in the city know about them. The youth want help. Trust me, I know.

But they can’t reach out for help if they don’t know about the resources and programs available to them. We have to help them leave the hood, give them the mentorship they need and let them grow into the people they can be. Writing off these children as a lost cause only ensures that the cycle will continue.

Should the American Way of Life Be a War on American Life?

Alternatives to Global Conflict Between the US and China