The Russians apparently have the impertinence to contest an American de facto monopoly.

Newsweek informs us of a worrying trend that threatens the Pax Americana in a way that terrorism or the opposition of celebrity enemies such as North Korea and Iran can never do. The journal cites General Joseph L. Votel, commander of the US Central Command (CENTCOM), who describes it with perfect clarity: “[D]ue to political considerations, cost, or delivery speed, some of our partners are seeking alternate sources of military equipment from near-peer competitors like Russia and China.”

A polite term for captive customer or obedient vassal

Traditionally the notion of partnership implies independence, autonomy and, at least to some degree, equality. Instead, the general correctly characterizes US foreign policy, which assumes dependence and inequality as the basis of its partnership relationships. The tell-tale term he uses is “interoperability” applied to “its military operations—using its allies to ‘accomplish common objectives’— and so its programs to supply partners with the equipment and training they need are vital in maintaining this cooperation.”

Newsweek mentions the idea of “using allies” to, in the general’s words, “accomplish common objectives.” True partners generally prefer not to be “used,” even if they may be happy to make themselves useful. Furthermore, the idea of being the one to “supply partners” with what is “vital in maintaining … cooperation” points to an asymmetric relationship. One is left wondering whether the problem is strategic or merely economic. “They’re stealing our market share!”

At The Daily Devil’s Dictionary, we were tempted to offer a definition of “near-peer,” taken from the same quote, before focusing on partner. So what does the phrase, “near-peer competitors like Russia and China” mean? It appears to recognize a double trend in history: the decline and forthcoming fall of the American empire and the rise of either Russia or China or both. “Near-peer” sounds like “they’ve almost caught up with us” or even “they’re breathing down our necks.” By referring to them as “competitors” rather than say in the context of selling military equipment, it really does sound like a banal race for market share.

Of course, Votel expects that everyone will retreat in horror at the thought of these two evil empires — historically associated with communism — succeeding in the capitalist marketplace where we seem to be failing.

General Votel also warned that “an increase in Russian surface-to-air missile systems in the region [the Middle East] threatens our access and ability to dominate the airspace.” The Russians apparently have the impertinence to contest an American de facto monopoly.

What is most interesting in this sentence is the conjoining of “access” and “dominate the airspace,” as if there was some continuity between them. Access refers to a shared right. Domination implies restricted rights. But the general appears to mean that when Americans have access to something, their vocation is to dominate.

Some would say this is the way empires think and talk — even declining empires. 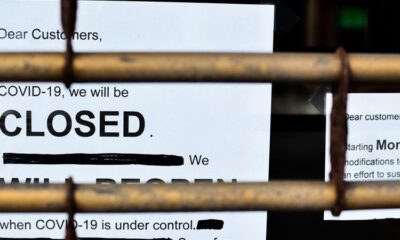 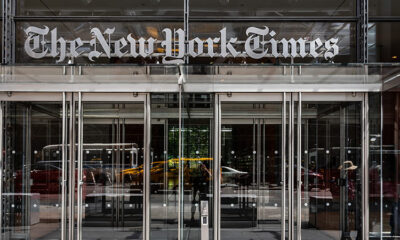 The Latest Version of Russiagate