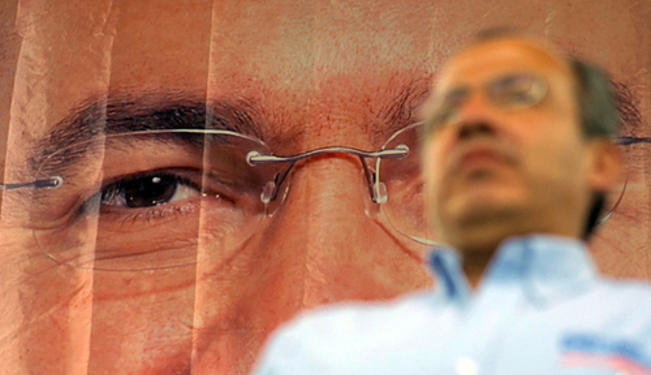 A change in Mexico’s Presidency may lead to a re-focus on border security issues.

Since Felipe Calderón came into office in 2006, security links between the US and Mexico have gotten noticeably stronger, the Mérida Initiative being the most obvious example of this. Funding under this program will almost certainly continue next year.

Since “Mérida assistance” is costing the US government hundreds of millions of dollars a year, now would be an appropriate time to ascertain whether this is the best use of taxpayer money, or whether it promotes human rights or has even been effectual. If the deficit is the preeminent threat to national security, security cooperation around the globe must be reexamined.

Calderón was elected (barely) into office by running a campaign that focused on tackling Mexican drug trafficking and startling levels of violence, both of which persist to this day. It is the way he went about achieving these objectives that has been worrisome.

All reliable indicators (including recent polling) indicate that Enrique Peña Nieto of the Partido Revolucionario Institucional (PRI) will be the country’s next president. There is also plenty of evidence to suggest that it will not even be a close race.

The idea that a PRI presidency would someone how compromise US security as it relates to the “war on drugs” is unconvincing.

After all, this is based on two fallacies, first that the US (or Mexico) has recently been winning the drug war. And second, that anyone with any power in Washington or Mexico City these past few years has had the right strategy to begin with. Calderón has clearly failed in his effort to combat drug violence. The Mexican military belongs in the barracks, not the streets.

A 200-plus page report by Human Rights Watch released last month goes into great detail about the pernicious effects that Calderón’s deployment of “more than 50,000 soldiers” has had on Mexican society. It exposes vast abuses by Mexican security personnel and even judges and other state judicial officials.

Calderón came into office with the best of intentions, sincerely believing that his approach was the right one. After more than five years in office, isn’t it time to admit that he was wrong?

Enrique Peña Nieto comes from a family that has had success in Mexican politics. Nevertheless, he is not an unblemished candidate. Clear evidence of a relationship between him and “hugely controversial” ex-President Carlos Salinas would be damaging. Yet the Mexican public seems ready for a PRI presidency, regardless of who the party’s candidate would be.

As Duncan Wood has recently noted, taking the presidency is only one part of the story. At this point, it looks like the PRI is the only party with a chance of capturing the presidency and winning majorities in both chambers of Congress.

So the PRI might not just gain control of the executive; there is the potential for a much more meaningful consolidation of power. There are many reasons to be skeptical about a PRI rebirth, yet the Partido Acción Nacional (PAN) have had their chance.

In the short term, a Peña Nieto presidency is unlikely to result in the promotion of human rights or greater democratic governance in Mexico.

Nonetheless, Peña Nieto’s election may provide a sorely needed wake-up call for US policymakers. If a return of the PRI forces Washington to reassess its drug policy or reconsider what the costs and benefits of security cooperation with Mexico really are, then the reemergence of what Mario Vargas Llosa once described as “the perfect dictatorship” would not be all bad.

The deleterious effects of current US drug policy can be felt worldwide. As Ethan Nadelmann of the Drug Policy Alliance (and many others) have so succinctly stated, you cannot “win” a drug war. Reducing supply is not the answer. This is a demand-driven problem.

Without question, the effects of US policy have produced devastating consequences both at home and globally. This does not mean that swift, widespread legalization is the appropriate response. But is it not about time that “drugs” reenter the realm of policy debate on Capitol Hill?

Regardless of whether or not that discussion takes place over the next decade or so, US-Mexican security cooperation (and the amount of money the US continues to give Mexico to achieve certain objectives) will surely be a subject of contentious debate in the coming years.