Politicians and the media continue their collusion in identifying drugs with race. The Daily Devil’s Dictionary explains.

On February 17, the host of CBS’ Face the Nation, Margaret Brennan, invited Republican Senator Lindsey Graham for an interview on various subjects, which included Donald Trump’s declaration of emergency designed to provide the required funding for his coveted border wall. In her attempt to play the probing liberal journalist ready to embarrass both Graham and Trump, Brennan pointed out that funding the wall without a congressional appropriation might mean diverting the funds to build a planned school in Kentucky for the children of military personal.

Graham parried her timid attack by emphasizing the absolute importance of responding to an emergency and took the trouble to define it as “the dangers presented by a broken border.”

An imaginary risk that justifies radical actions, which need not be related to countering the risk, but must be carried out with a sense of urgency because reflection and analysis might alter the interpretation of the risk

Deviating from Trump’s standard line that the nation needs a wall across the length of the US-Mexico border because it runs the risk of “being overrun by hordes of illegal immigrants,” Senator Graham focuses on a very real health problem often cited in the news. “But right now we’ve got a national emergency on our hands,” he says. “Opioid addiction is going through the roof in this country. Thousands of Americans died last year and dying this year because we can’t control the flow of drugs into this country and all of his coming across the border.”

Astonishingly, Brennan misses — or perhaps chooses to miss — the opportunity to point out what every journalist knows: The very real opioid crisis did not originate south of the border, but is a totally domestic problem whose source has now been clearly identified. The culprit: OxyContin, a multibillion dollar opioid manufactured and marketed in the United States by the very American firm, Purdue Pharma, owned by the Sackler family.

The New Yorker exposed the scandal in 2017 in an article with the title, “The Family that Built an Empire of Pain.” The Financial Times recently published an in-depth report that it summed up in a single sentence: “The billionaire Sackler family and its company, Purdue Pharma, are named in lawsuits alleging their marketing tactics helped get a nation hooked on painkillers.”

Instead of pointing out this obvious and enormously important fact, Brennan chose to contradict Graham’s implicit assertion that the drugs from Mexico were smuggled in over unprotected borders. Citing the testimony of border authorities, she asserted that the drugs tend to come through “ports of entry.” This trivial point enabled Graham to win the skirmish by declaring, “Both. It’s both. It’s not just one. For every one we get, God knows how much we miss.”

That’s two points for Graham. Brennan left unchallenged his total misrepresentation of the epidemic itself, a perfect example of fake news, if ever there was one. Then Brennan seems to acknowledge Graham’s claim that a porous border may be a problem.

OxyContin has been on the market since 1995. According to The New Yorker, it quickly “became a blockbuster, and has reportedly generated some [$35 billion] in revenue for Purdue.” Purdue aggressively marketed the drug to doctors and consistently denied its addictive nature. When, in 2001, some health specialists began noticing the extent of the growing epidemic of addiction, Richard Sackler, Purdue’s president, ignominiously blamed his own customers, whose habit was turning his family into billionaires. “We have to hammer on abusers in every way possible. They are the culprits and the problem. They are reckless criminals,” he wrote in an email.

Trump, Graham and Sackler share the ability to see victims of an unjust economy as well as a broken health care system as criminals threatening their comfortable well-being. For Trump and Sackler this is understandable. After all, they have billions to defend against the invading hordes and the criminal bands that have taken over American cities. Graham’s commitment may seem more surprising: He has only his meager senator’s salary, half a million dollars to his name and his always vulnerable Senate seat to defend.

From a historical perspective, none of this should seem surprising. Neither politicians nor the media have ever seriously challenged the tradition dating back to the racist initiatives of Harry J. Anslinger, the first “drug czar,” appointed in 1930, who famously said, according to CBS News, “Reefer makes darkies think they’re as good as white men… most are Negroes, Hispanics, Filipinos and entertainers.”

The history of associating other races and foreigners with drugs and feigning to ignore the reality of “respectable” white Americans’ active and profitable involvement in the economy of addictive substances (including Coca Cola) continued long after Anslinger’s reign. In 1971, President Richard Nixon launched the first of our perennial wars, the “war on drugs” aimed at punishing antiwar protestors, blacks and everyone not part of his “silent majority.” Ronald Reagan’s CIA appears to have been involved in spreading crack cocaine in black communities to discredit the culture and achieve massive incarceration.

As Steven Soderbergh’s 2001 movie, Traffic, demonstrated, the problem of drugs doesn’t originate south of the border, but rather in the heart of US culture. The US provides the market, consisting not of “darkies” but of all sectors, including upper- and middle-class whites. “Respectable” and “normal” white Americans have drawn the greatest direct profit from a culture of addiction, which some see as the fulfillment of US citizens’ right to the “pursuit of happiness.”

This should help to understand why some are so committed to keeping Harry Anslinger’s message alive and to materialize it in the form of walls: prison walls for blacks and border walls for browns. 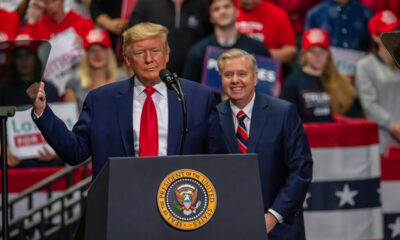 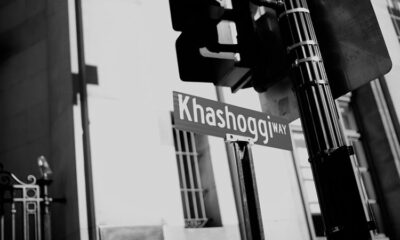 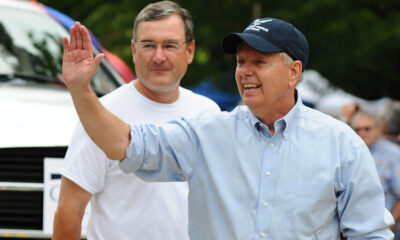 Is Lindsey Graham Playing the Cheerleader?