What does “region” mean from an American perspective?

An article by Fred Kaplan in Slate makes the case for maintaining a dominant position for the US in world politics. As evidence, he cites the opinion of Stanford University Professor Daniel Sneider: “People describe the U.S. as being in long-term decline, and while some officials talk about alternative arrangements—for instance, building their own nuclear arsenals—they are not ready to seriously contemplate a world where the U.S. is not the dominant power in the region.”

One is left wondering what Sneider means by “dominant power in the region.” To clarify, we therefore offer today’s 3D definition of “region” from the US perspective.

In his conclusion, Kaplan refers to what might be called the nostalgia (pining) of foreign regimes for the American leadership of past years — excluding the George W. Bush years, which he singles out as exceptional due to the administration’s neocon ideology. “Trump has made many foreigners pine for the America that once was, rather than dismiss us out of hand, if only because they realize they can’t get by as well as they’d like without us.”

Could this be projection on Kaplan’s part? Are the “many foreigners” he cites simply people he knows? Has he interviewed foreign leaders to measure the degree of their pining? This sound more like the pining of Kaplan himself, a New Democrat regretting “the America that once was,” which we can only presume is the America of Bill Clinton and Barack Obama.

His final sentence follows from the one cited above: “Which means the affection, or the trust, or at least the bedrock perception of reliability might be regained, to some extent, after [Trump]’s gone.”

The irony becomes very nearly comic here. It sounds like a Democrat’s formulation of “Make America Great Again.” Is this what we can expect to be hearing in the 2020 campaign?

Contrary to what Sneider implies, the historians who speak of America’s “long-term decline” focus on its decline as an empire, a term neoliberal New Democrats steer clear of, but whose importance in the analysis and writing of history today that Alfred McCoy insists on. For example, the point that McCoy, the author of In the Shadows of the American Century: The Rise and Decline of U.S. Global Power, makes is that once outed by historians as an empire rather than — from the Cold War perspective of US culture — as the world’s policeman, it becomes impossible to return to its imperial status.

The secret is out. The image is definitively broken. A comparison with Harvey Weinstein’s effect on the cultural empire of Hollywood entertainment might be fitting. No one doubts that Hollywood will continue to make the most successful movies for global consumption, but the perception of how masculine power works in Hollywood has definitively changed.

Kaplan’s hopes “the bedrock perception of reliability might be regained,” presumably once a good Democrat moves into the White House. It’s true that the decline McCoy describes was precipitated by Bush’s adventurous policies in the Middle East. But it continued, and even accelerated, under the “good Democrat” Obama, whom McCoy deems a “geopolitical genius” — the president with the greatest understanding and vision of geopolitics whose “brilliant manipulation of abstractions” nevertheless failed to take into account what McCoy calls “the human equation.”

With an equal level of abstraction Kaplan writes, “there is no country or set of countries, other than the United States, that has the resources, breadth of interests, or experience necessary to preserve and protect the global order.” The Daily Devil’s Dictionary hopes that Kaplan himself, or a competent lexicographer who has sufficiently examined the thinking of people like Kaplan, will someday provide us with the definition of “the global order” he wishes to “preserve and protect.” We remember George H.W. Bush’s “new world order,” which barely lasted a decade. Can that be what he is pining for? 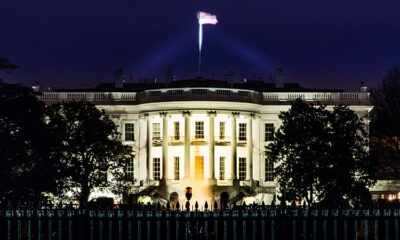 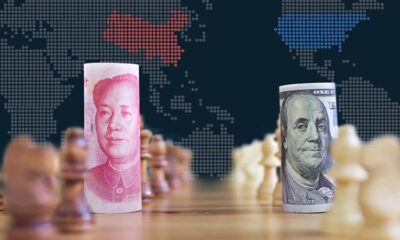 The Decline of the West or the Demise of Pax Americana? 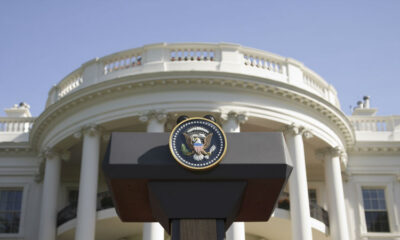 What Comes After the American Empire?