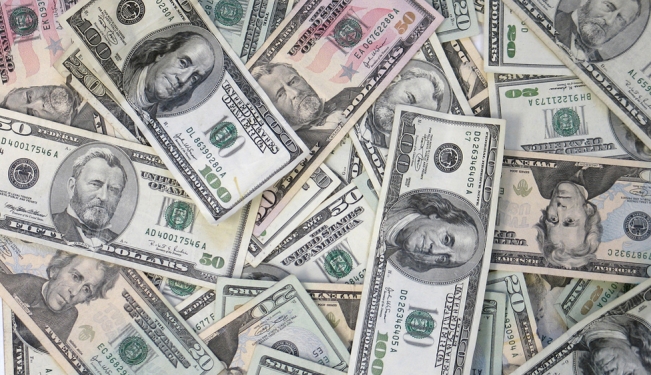 One of the policies that the Federal Reserve adopted at the end of last year was quantitative easing.  This involves the central bank creating money to buy back government bonds.  Since this is the second time that they have done this during the current crisis the policy has been nicknamed QE2 after the famous Cunard ship the Queen Elizabeth II.  Last November the Fed announced that it will buy back $600 billion of government securities over a period of eight months.  This quantitative easing is a controversial move.  Thomas Hoenig, the President of the Federal Reserve Bank of Kansas City, voted against it and several other members of the Federal Open Market Committee expressed skepticism about the policy.  What are its pros and cons?

The basic idea is that by lowering long term interest rates the Federal Reserve can stimulate the economy so that unemployment is reduced and inflation is increased.  If it works this way, the policy would certainly be a good idea.  The problem is that the main situation where this kind of policy has been tried before was in Japan in the noughties (i.e. the 2000’s) and it was not very successful.  Starting in 2001 the Bank of Japan flooded the banking system with liquidity.  The idea was to avoid deflation by encouraging banks to lend and stimulate the economy.  However, the policy was not successful.  Japan has had a low growth for most of the time since then except when demand from China allowed it to grow at a faster rate.

What are the downsides to the policy?  The easy availability of credit in the US and other countries with similar policies has started to create significant asset bubbles in other parts of the world, particularly in emerging countries where interest rates remain higher.  There have been large inflows of capital into India and several weeks ago the main Indian stock index, the SENSEX, hit an all-time high.  Brazil has also had large inflows.  Its currency has strengthened and this led the finance minister to declare last fall that “currency wars” were breaking out.  Brazil has imposed various types of quantitative controls to try and stem the flow.  Turkey is another interesting example.  They too have had large inflows that have pushed up asset prices.  Rather than raise interest rates to try to cool off the economy in the conventional way, they cut interest rates to try and stem the inflow of capital.  China has fairly stringent capital controls.  However, there too asset prices are surging.  Perhaps most worrying of all is that it is not just asset prices that have been surging.  Commodity prices such as oil and steel have risen dramatically and food price indices have once again hit an all-time high.

In the U.S. the rise in commodity and food prices has also led to an increase in overall inflation.  However, core inflation, which excludes these kinds of volatile items, has been benign so policymakers are not yet that worried.  Since their mandate is concerned with the U.S. economy the asset bubbles and problems in the rest of the world are not much taken into account.  The intent is to keep on with the current round of quantitative easing until the entire $600 billion has been spent.

Are these inflationary pressures in the emerging world the only downside to QE2?  I would argue there are a number of other serious potential problems.  If the asset price bubbles in the emerging world burst we may have problems in the financial systems in these countries.  Property prices are increasing in most of these countries and a significant fall would cause considerable stress since loans on real estate are an important component of banks’ assets in these cases.  China has already started to tighten its monetary policy by raising reserve requirements and increasing interest rates.  It may not be long before many other countries follow suit.

However, perhaps the most dangerous possibility is that the U.S. will suffer some kind of currency crisis.  The standard argument in macroeconomics is that there cannot be inflation if there is slack in the economy.  However, it happened in the 1970’s.  This time would no doubt be different because wage-push would not play the same role it did then.  However, the failure of the U.S. to address its deficit problem creates a long-term scenario where inflation is quite likely.  QE2 reinforces the impression among U.S. creditors that there is a willingness to monetize debt.  If there is a run on the dollar because of fears of future inflation in the U.S. it will be difficult for the Federal Reserve to control interest rates.  Trying to stem the outflow of funds will require increases in interest rates.  Such increases particularly at the long end of the term structure will be very damaging to asset prices, particularly real estate.  In the long run the policy has a risk of creating higher inflation and higher unemployment.

The actions of the European Central Bank underline the very different view of quantitative easing in the Eurozone.  Although they have engaged in some repurchases of bonds, this has been quite limited.  The main reason is that the Germans are very skeptical of the benefits and the hyperinflation of 1923 still haunts them.