The relationship between the mainstream media and populism is more symbiotic than you think.

Brexit in the United Kingdom and Donald Trump’s victory in the United States have marked the beginning of what some analysts call the rise of the global populist wave. Although there is no consensus among scholars on the definition of populism, a review of literature offers an understanding of what it represents and signifies.

Some political scientists define populism as a feature of representative politics, while theorists understand it as an appeal to “the people” against established power structures and dominant values. Researchers also contend that populism does not have an ideology or an inherent political color, although much of the recent scholarly attention has focused on right-wing populism.

Recently, populism’s interaction with the media has been a hot topic of discussion, particularly in the context of Trump’s blistering attack on the news media. His reference to reporters as the “lowest form of life” and “dishonest people,” in addition to his proposal to open up libel laws, has shocked free speech activists across the world.

After the election, there is a deluge of expert advice being rendered to journalists on effective ways to cover the Trump presidency. While such critical analysis contributes to the general understanding of president-elect’s engagement, or lack thereof, with journalistic institutions, focusing exclusively on Trump’s handling of the media runs the risk of missing the forest for the trees.

Although there is no doubt that close analysis of his interaction with mainstream media outlets provides novel insights into the changing nature of the relationship between media and politics in the American context, such a blinkered view falls short of recognizing Trump’s media strategy as being part of the larger global trend.

Characteristic of many populist movements is a deep-rooted skepticism of the press. Media criticism by right-wing populist politicians is not unique to the United States. A closer look at the press-politics relations in countries that are currently witnessing populist a surge reveals more or less the same trends.

For instance, in Germany, the vociferous right wing criticizes mainstream press as Lügenpresse, or the lying press, a phrase used in the Nazi era to undermine criticism of the Nazi regime. Similarly, in India, right-wing activists refer to left-leaning journalists as presstitutes, a term first used by the country’s foreign affairs minister, General V. K. Singh, in response to what he considered irresponsible reporting by some of India’s prominent news outlets. In Hungary, a popular pro-left newspaper, Nepszabadsag, that severely criticized the country’s right-wing, Prime Minister Viktor Orban, was shut down in October 2016.

Yet such hostilities are not just confined to the far right. Several left-leaning populists who won elections in Latin America as part of the so-called “pink tide” during the past decade have similar attitudes toward professional journalism. For example, in Ecuador, President Rafael Correa frequently uses libel laws to discourage criticism. His reference to Ecuadorian reporters as “bad journalists” is emblematic of the press-politics relationship in the country. In 2016, Correa and his supporters revealed the names and personal information of reporters involved in the Panama Papers investigation, putting their lives in grave danger. Similar press-populism hostilities are visible in Egypt, Japan and Sweden.

How Does Populism View Journalism?

In his analysis on populism’s relationship with Latin American journalism, media scholar Silvio Waisbord gives a long list of patterns found in populists’ treatment of the media. According to Waisbord, populists do not see journalism as being autonomous: Reporters are mere willing, or unwilling, pawns of corporate and vested interests.

Further, populism questions the core principles of professional journalism and maintains that news reporters must unabashedly defend the government and the nation. Most importantly, its anti-establishment stance sees unchecked power of large media companies as part of the conventional political elite. His diagnosis of populism’s engagement with mainstream media in Latin America is backed by the findings of studies conducted on populism in other contexts.

For instance, researchers in Europe conducted a qualitative content analysis of 231 articles that included criticism of mainstream media by populists and identified five recurring themes: erroneous reporting, criticism of ownership and influence, naming and shaming, discursive contestations, alternative phraseology, as well as an additional theme dealing with promotion of other media outlets.

Trump, in his attack on US media, adopts all these discursive strategies, including the promotion of extreme right-wing media outlets such as Breitbart and Drudge Report.

Thus, global media organizations are faced with a unique situation where their job requires them to cover populist leaders even when they are repeatedly humiliated, targeted and vilified by them. This, despite empirical evidence that suggests that media coverage helps popularize populist leaders and their political parties. Such paradox in the press-populist relationship gives rise to a provocative yet research-worthy question: What compels mainstream media to give news coverage to demagogues and rabble-rousers despite receiving visceral hate from them and their supporters?

In recent years, the rapidly changing media landscape combined with a sharp decline in advertisement revenue has severely affected media systems across the world. For example, the total revenue supporting American journalism has declined by one-third since 2006. Diminishing revenues put media organizations in a financially vulnerable situation.

In order to increase their readership base and sustain competition, reporters increasingly employ market-driven journalism that favors sensationalism over public affairs content. Populist leaders who strive to gain public attention have regularly proven able to exploit this vulnerability by resorting to communication strategies that ensure media coverage. Thus, despite being at the receiving end of populist criticism, media outlets have become an influential, if unwitting, ally of populist leaders. For instance, it is estimated that Donald Trump has received over $4 billion-worth of free airtime in news media in just 12 months.

News organizations that have the financial wherewithal to withstand market pressures face a different kind of threat: a decline in public trust. In the last four decades, Republicans have made a conscious effort to create a perception of “liberal media bias” among their constituents. The results of these persistent efforts are reflected in the declining trust in the media among Republican voters. According to a Gallup poll, only 14% of Republican voters trust mainstream news media, bringing down the overall public trust in American journalism to an all-time low of 32%.

Similar trends are visible in Britain, where a recent survey found that only 25% of the British public trust the media. The scenario in Germany is equally stark, where 40% of the people believe the media are not credible. Likewise, Indian media’s credibility took a severe beating after the Press Council of India found mainstream media publishing favorable articles in exchange for payment. While in some instances populist movements engineer the erosion of public trust in journalism as evidenced by the case of US, in other contexts populists simply take advantage of media’s ethical shortcomings in order to discredit the media.

There is an array of factors that contribute to the rise of populist movements and these vary from country to country. Domestic politics, economic resentment, racial unrest and perceived threat from external political actors—a combination of all or any of these factors could contribute to the rise of populism. In addition, blurring lines between politics and entertainment, fact and fiction, private and public domains, and advertising and campaigning exacerbated by market-driven journalism come to the aid of media-savvy populists.

There are no easy solutions to counter populism. News organizations can begin with reflecting on some of their reporting practices and go beyond establishment sources to find stories. This is particularly important at a time when some studies suggest that journalists have proven to be mostly disconnected from Trump’s voter base.

Further, reaffirming their commitment to journalism’s canonical values by adhering to highest standards of reporting and speaking truth to power will go a long way in regaining public trust. A surge in subscriptions to The New York Times, ProPublica, The Atlantic and other news outlets that stood up to Trump’s bullying tactics is proof enough to say that readers are more than willing to reward fearless and high-quality reporting.

Journalism education also needs to revisit its curriculum and make changes that take into account the new political realities. Finally, civil society, nonprofits and news organizations ought to collaborate internationally to maximize the impact of their news reporting. Such collaborations bring both visibility and credibility to news reports that hold populists accountable. The aforementioned steps may not be sufficient to counter the populist onslaught. But they could be good starting points in professional journalism’s long and important battle with global populism. 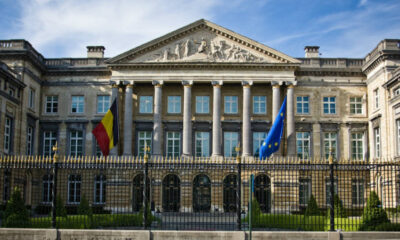 Why Is the Far Right Losing Voters in Belgium? 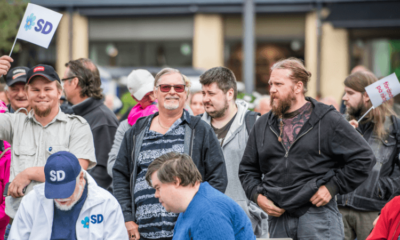 Why We Shouldn’t Call the Far Right an Unpopular Minority