Focus on the few prominent figures exposed in the Panama Papers detracts from the larger problem of widespread and routine illicit practices.

It was the largest leak in history—11.5 million files leaked from the Panamanian law firm, Mossack Fonseca, that exposed the movement of massive amounts of offshore money through shell companies and bank accounts linked to thousands of corporations and individuals, including prominent politicians and celebrities.

Making use of offshore financial arrangements is not necessarily illegal, but they are often a telltale sign of tax avoidance, and such arrangements are also used in general to keep money hidden and the conduct of business secret, for a variety of often dubious reasons. Painstaking work over the course of more than one year by hundreds of journalists around the world through the International Consortium of Investigative Journalists (ICIJ) has helped to connect the dots, and the revelations were finally unveiled to the world in April 2016.

The Panama Papers gained considerable levels of attention in the media worldwide—and not just from those media organizations that had worked on the leak with the ICIJ. It was a major story in its own right. It was a complex story, however, meaning some degree of simplification was inevitable. Among the various potential angles available, media organizations invariably chose to focus their attention on what the ICIJ called the “power players.” These were 12 heads of state of countries including Russia and China, other prominent politicians and their relatives and associates that were implicated either directly or indirectly in the papers.

There was also some attention given to famous athletes and celebrities and business moguls. The New York Times summarized the issue as one in which Mossack Fonseca was helping “some of the world’s wealthiest people … establish offshore bank accounts,” while The Guardian, spoke of the “world’s rich and famous” and “influential people” hiding their money.

While such categorizations were certainly not untrue, the focus on rich and famous individuals (as scandalous examples of “bad apples”) has kept the attention away from the much larger (in terms of financial implications) problem of illicit commercial activities using the same offshore mechanisms. The result is that a golden opportunity to reveal how widespread, routine and damaging these commercial practices are for the world’s poorest countries and people is being squandered.

Crucially, the bulk of the illicit financial flows (some 60-65%) is the result of commercial activity, largely in the form of trade mispricing and other forms of tax avoidance. A further 30-35% is the result of purely criminal activity, while corruption by powerful local political players, which is often assumed to be the prime cause of such losses, was found to account for roughly 3%.

The US-based think-tank, Global Financial Integrity (GFI), has been working on the issue of illicit financial flows for the past decade, and its research shows staggering levels of outflows from the world’s impoverished countries. The African continent, for example, was found to be losing tens of billions of US dollars in illicit outflows per year—more than it was receiving in total aid and foreign direct investment combined. This means that in effect, Africa is paying for the development of other countries, rather than the other way round—and this is without even considering losses from (perfectly legal) unfair trade.

Crucially, the bulk of the illicit financial flows (some 60-65%) is the result of commercial activity, largely in the form of trade mispricing and other forms of tax avoidance. A further 30-35% is the result of purely criminal activity, while corruption by powerful local political players, which is often assumed to be the prime cause of such losses, was found to account for roughly 3%. And reports with similar conclusions by the GFI kept coming apace.

These kinds of hard facts that were now out in the open should have turned the standing narratives of poverty, development, aid and corruption on their heads. They did not. But other opportunities continued to arise. Before there were the Panama Papers, there were the Swiss Leaks and the Luxemburg Leaks (also released by the ICIJ) that led to major revelations of activities similar to those exposed in the Panama Papers. These investigations caused waves, to be sure, but the impact was limited.

The Panama Papers, on the other hand, became a major mainstream story with a fair degree of staying power (by modern media-cycle standards). The implication of a number of world leaders was certainly a major contributing factor, but so too was the sheer scale of the leak in terms of the number of individuals and corporations implicated. It was perhaps the greatest opportunity of our times to revisit and reconsider the systemic factors behind the obscene levels of inequality in the world and the poverty that afflicts such a large proportion of its population.

But it wasn’t to be. For much of the media in the world, attention initially focused on the power players elsewhere, soon shifted to the citizens at home whose names appeared in the papers, but both the “perpetrators” and the “victims” were largely seen from a domestic perspective. In the Japanese media, for example, the revelations of offshore dealings by Japanese corporations were questioned regarding potential tax dodging in Japan, not elsewhere. Corporations implicated in the papers were in any case treated with kid gloves by the mainstream media in that country. Short statements by representatives of a number of major corporations that were implicated defending their offshore dealings seemed to suffice by way of explanation.

Similarly in the UK, beyond the general notion of scandalous behavior by the rich and famous, much attention was focused on the link with former Prime Minister David Cameron. Even in much of the media coverage of the papers in several African countries, the domestic rich and famous perpetrators, rather than the victims, seemed to become the centre of much of the attention.

A few notable observers did try to put the issues into proper perspective in the aftermath of the release of the Panama Papers. The Overseas Development Institute’s Kevin Watkins, for example, called the David Cameron story a “sideshow that is diverting attention from a heist that is siphoning billions of dollars out of the world’s poorest countries in Africa.” But they were in the minority.

Few seemed to recall how, less than a year earlier, at the third international conference on financing for development, the US, UK and Japan had blocked a proposal by the G77 to establish an intergovernmental body on tax policy that would allow the voices of the poorer countries to be represented on the issue.

All is not lost, though. In late July, the ICIJ turned its attention to Africa, releasing a series of articles based on the Panama Papers that focus on the continent and the billions it is losing via the shady offshore financial system. It even set up an online game to test knowledge of (and educate about) the African continent and the money being illegally extracted from it.

Also, in late July, the G20 endorsed proposals by the Organisation for Economic Co-operation and Development (OECD) on criteria that will be used to identify non-cooperative jurisdictions regarding tax transparency, with a view to establishing a blacklist by July 2017. In some ways, this could be considered a step in the right direction, but the Tax Justice Network has reviewed the proposed criteria, finding several critical loopholes, and concluding that the proposals “risk becoming another whitewash.”

The ICIJ, through its release of the Panama Papers, has provided a major boost to the levels of attention focused on the issue of tax havens and thus impetus for reform of mechanisms that facilitate the looting of impoverished countries on a massive scale. But without a shift in focus from the power players and bad apples to the systemic issues behind this highly prevalent state of affairs, and without the means of sustaining the attention and the pressure in the long run, the reforms may end up being largely cosmetic. 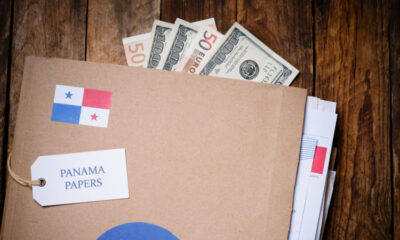