Satire is gaining popularity as a fresh approach to political commentary.

Ask any Saturday Night Live (SNL) fan: Tina Fey’s impersonations of vice presidential hopeful Sarah Palin during the 2008 elections were one of the most memorable character portrayals in the show’s 37-year-history.

Palin, relatively unknown prior to her selection as Senator John McCain’s running mate, quickly became a media sensation — largely due to her infamous interviews and debate screw-ups.

The phrase “I can see Russia from my house!” became synonymous with Palin, solidifying her public image as an inept, naïve and completely under-qualified candidate.

A little known fact, though, is that this exact phrase was never actually spoken by Palin. Rather, Fey used the phrase during an SNL sketch early on in the political season.

Fey’s impersonations of Palin were an instant hit — most notably, her mock interview with Katie Couric, portrayed by Amy Poehler — and eventually went on to win her an Emmy Award. More importantly, though, was the resulting public perception of Palin, who was tugged into the crossfire of politics and pop culture.

Of course, it’s not fair to say that Palin’s campaign shortcomings were the immediate result of SNL, but it is impossible to deny that the sketches didn’t provide at least some influence. Palin herself provided the content by, well, being herself, and SNL parodied it into a series of highly anticipated skits, viewed by millions each week.

Such is the power of political satire in the United States — and this election season is no different.

SNL, so far, has been consistent with their hilarious portrayals of the countless GOP debates and its candidates. The most notable satirical acts of this election year, however, have been the product of Stephen Colbert and the Colbert Report.

Colbert’s Super PAC “Americans For A Better Tomorrow, Tomorrow,” was formed in 2011, in large part to mock the 2010 supreme court’s Citizens United campaign, which gave anonymous corporations the right to pump unlimited amounts of money into a political campaign. Through donations from anonymous fans of the show, Colbert raised over $1,000,000 — all to prove a point, of course.

When Republican hopeful Herman Cain suspended his presidential campaign in December, his name remained on the South Carolina ballot; after Colbert couldn’t enter the contest as a write-in, he urged voters to select Cain.

On the eve of the South Carolina primary, Colbert threw the satirical rally, “Rock Me Like A Herman Cain: South Cain-olina Primary Rally” at the College of Charleston. The next day, more than 6,000 votes were cast for Cain, trumping Rick Perry and John Hunstman, both of whom had also ended their campaign earlier that week.

It was a joke, sure; but again, an example of the power of satirical influence.

Satire is a potent and effective form of communication. And can it sway voters? Absolutely. But can’t other forms of media do that too? In comparison to alternate methods of influential communication — like blogs, opinion columns or news “entertainment” programs like Fox and Friends — satire is just another system of critique. The only characteristic that makes it unique, really, is its humor.

Looking at someone like Colbert, with his Super PAC and faux-Herman Cain rally, it’s easy to see: more than a comedian, he’s a political satirist with a message in haul; albeit masked behind the conservative, political pundit character he portrays on his show.

Colbert uses his humor, the key concept here, in an attempt to educate America on issues he thinks we should be made aware of — again, no different than the intentions of a blog or column. By combining this humor with some extreme measures, he brings these issues to full attention. It's an effective method because it appeals to almost everyone — a nice break from the often-stuffy nature of politics, if you ask me. Because, honestly, who doesn’t like to laugh?

With that in mind, I don’t believe satire is dangerous at all. If anything, it simply creates a reason to laugh — to take in the day’s events, as is the case with the Colbert Report or the Daily Show, and see them replayed with commentary by talented comedians operating under the guidance of a team of witty, politically savvy writers. The only danger, really, is not understanding the line between satire and legitimate reporting.

Regarding the Super PAC and “South Cain-olina” rally, it might seem silly that so much attention, effort, and money were thrown into a satirical gig, but the bottom line is that it caught people’s attention and increased their awareness towards issues that may have been previously overlooked.

With the race for the GOP candidacy spot coming to a quick close, what Colbert and other satirists hold for the remainder of the election is still up in the air. But with the unpredictability of politics and outrageous satirical antics so far, I can only assume it will be a fun ride. 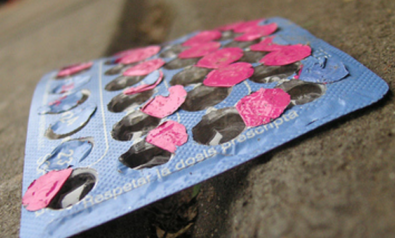 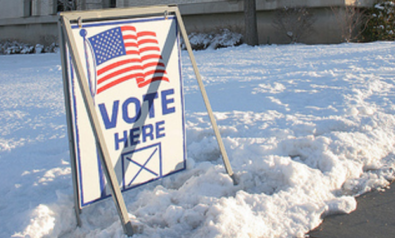