Glenn Greenwald’s image as a journalist grew over the past two decades from that of an outspoken blogger to reach the status of being both respected and feared as an authoritative voice in the world of investigative journalism. In 2014, he spearheaded the creation of The Intercept after securing generous funding from billionaire Pierre Omidyar, the founder of eBay.

As a columnist for Salon from 2007 to 2012, Greenwald had developed a reputation for fearlessly challenging the Bush and Obama administrations. Then, after a move to The Guardian, he became the key player in a scoop that called into question the entire US security state and the military-industrial complex. His active role in the drama surrounding whistleblower Edward Snowden secured his reputation as a leading investigative journalist.

Accompanied by filmmaker Laura Poitras, over the course of several days, Greenwald conducted an in-depth interview with Snowden in Hong Kong before the whistleblower’s departure to Moscow, where he still remains in exile. Shortly after that cloak-and-dagger event that dominated the news cycle for several weeks, Omidyar announced the creation of the news organization First Look Media and the launch of its first media outlet, The Intercept. It was led by a trio consisting of Greenwald, Poitras and Jeremy Scahill.

Thanks largely to Greenwald’s reputation, The Intercept stood as the model of successful, professional independent journalism, free of corporate or governmental influence and ready to challenge the dominant power structures in the US and elsewhere. Most people considered Greenwald’s name and his dominant role to be the chief asset of The Intercept’s brand. That explains why the announcement last week of his resignation on the grounds of alleged censorship could not fail to produce a shockwave in the news industry.

The first reaction came from The Intercept’s editor-in-chief, Betsy Reed, whom Greenwald accused of censoring his article dedicated to the Hunter Biden affair. Some may feel that “the lady doth protest too much” when, to defend her insistence on reducing the scope of his piece, she characterizes Greenwald as a spoiled, petulant child. Here is how she framed it: “The narrative he presents about his departure is teeming with distortions and inaccuracies — all of them designed to make him appear a victim, rather than a grown person throwing a tantrum.”

Someone who is old enough to realize that there is a power structure looming over them that will never accept to be reformed or even swayed by those who have unveiled its vices.

Reed’s outburst turned out not to be the most tactful way to parry Greenwald’s accusation of censorship. Reporting on the conflict, Mediaite posted this headline: “‘A Grown Person Throwing a Tantrum’: Intercept Issues Blistering Statement Responding to Glenn Greenwald ‘Smear.’” Greenwald clearly appeared more civil and respectful in his complaint against The Intercept than Reed’s sour-grapes dismissal. One statement of Reed’s appears to contain unintentional comic effect. It’s a classic case of damning with faint praise: “We have the greatest respect for the journalist Glenn Greenwald used to be, and we remain proud of much of the work we did with him over the past six years.” May he rest in peace.

Apart from the condescension that reads like a family member regretting a grandparent’s descent into the incoherence of Alzheimer’s, what this also ironically reveals is the recognition that The Intercept’s reputation still depends on its historical association with Greenwald. Even if Greenwald launches a rival outlet, his name will forever be linked with The Intercept. It will remain a major asset and a prop for the website’s future credibility. Even Reed cannot afford to keep antagonizing the petulant child or the doddering uncle.

Reed’s quandary is real. She must defend herself and cannot do otherwise than attack Greenwald. But calling him an over-the-hill has-been is fraught with danger. Her dilemma can be compared to the one faced by admirers of Muhammad Ali when the black radical anti-war hero of the 1960s turned into an ally of George W. Bush, the white Texan president famous for fomenting unjustified wars on foreign soil.

The difference is nevertheless striking. The kinds of punches Ali received during his boxing career did far more physical damage than the multiple symbolic punches Greenwald has received throughout his career from the American, British and Brazilian establishments. (Greenwald did once receive real punches the hands of a Brazilian journalist and delivered one of his own.) After retiring from boxing, Ali suffered from dementia pugilistic that completely effaced his historical activism and many of his most active thought processes. In contrast, Greenwald seems to be suffering only from the political punches delivered by two parties in the US, the Democrats and the Republicans, who rival, in election after election, at presenting only the lesser of two evils as viable choices for voters.

The case can be made that Reed was acting as a responsible professional doing the job she was hired for and doing it well. The Intercept’s co-founder, Jeremy Scahill, has stepped up in her defense, heaping praise on Reed with this appreciation: “I have never questioned her professional or personal integrity, her immense skill as an editor, or her commitment to following the truth wherever it leads.” A close reading of a statement that begins by a negative affirmation “never” could reveal a slight faintness in the praise, but Scahill, unlike Reed, carefully avoids even a hint of damning.

Interviewed by Krystal Ball, Scahill expressed on November 2 what is probably The Intercept’s consensus on the US presidential election, indicating a general sense of agreement with Greenwald: “Joe Biden represents the kind of official, legalized form of corruption that produces presidential candidates and Donald Trump is a garden variety crook.” Greenwald believes in denouncing corruption. Reed believes in arresting crooks. Matt Taibbi, a former colleague at The Intercept, made the point about media complicity more succinctly than Greenwald when he wrote this about Biden on Monday: “The same press that killed him for this behavior in the past let it all slide this time.”

There are two ways of interpreting this quarrel depending on one’s priorities. The question is how important is it for the public to be aware of Biden’s “legalized form of corruption”? Greenwald thinks that awareness is essential to establish before the election because it will have an impact on future policy. Reed just wants to be free of President Donald Trump. The Intercept can deal with Biden after he’s elected.

Glenn Greenwald’s case against The Intercept is worth listening to, not in the interest of determining who may be right or wrong in his quarrel about censorship, but in terms of the substance of his article. His Substack post focuses on two related issues, both of which represent long-standing historical trends: the degradation of politics that explains a diminishing quality of US presidential candidates and the historical evolution of the media in its treatment of the facts at play during elections.

Greenwald’s uncompromising treatment of the Democratic nominee, Joe Biden, obviously rubbed The Intercept’s editors the wrong way. They appeared to view his complaints merely from an electoral perspective. They read it essentially as a trivial attack on the former vice president. Though focused on Biden as a flawed candidate, Greenwald’s point was much more general. Biden’s casual nepotism is an indicator of systemic failure. The candidate’s flaws reflect and reveal a cancer at the core of democracy, a phenomenon aggravated by the media that too willingly let serious issues pass while aligning behind the lesser of two evils.

Betsy Reed was closer to the pulse of her enterprise than Greenwald. She may even have felt more American than Greenwald, as someone who lives under the shadow of Donald Trump’s presidency, in the belly of the beast, in contrast to Greenwald, who long ago preferred exile in Brazil, which eventually put him under the shadow of President Jair Bolsonaro. The Intercept team understandably was committed to dumping Trump, if only to be free to focus on the real issues of government rather than the permanent reality TV show Trump has been running for the past four years. 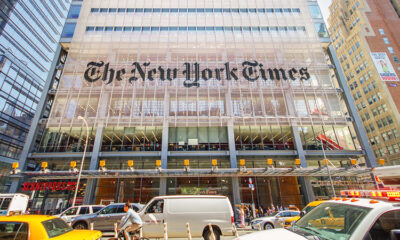 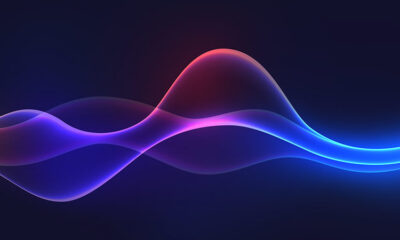 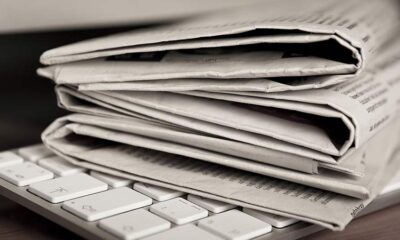