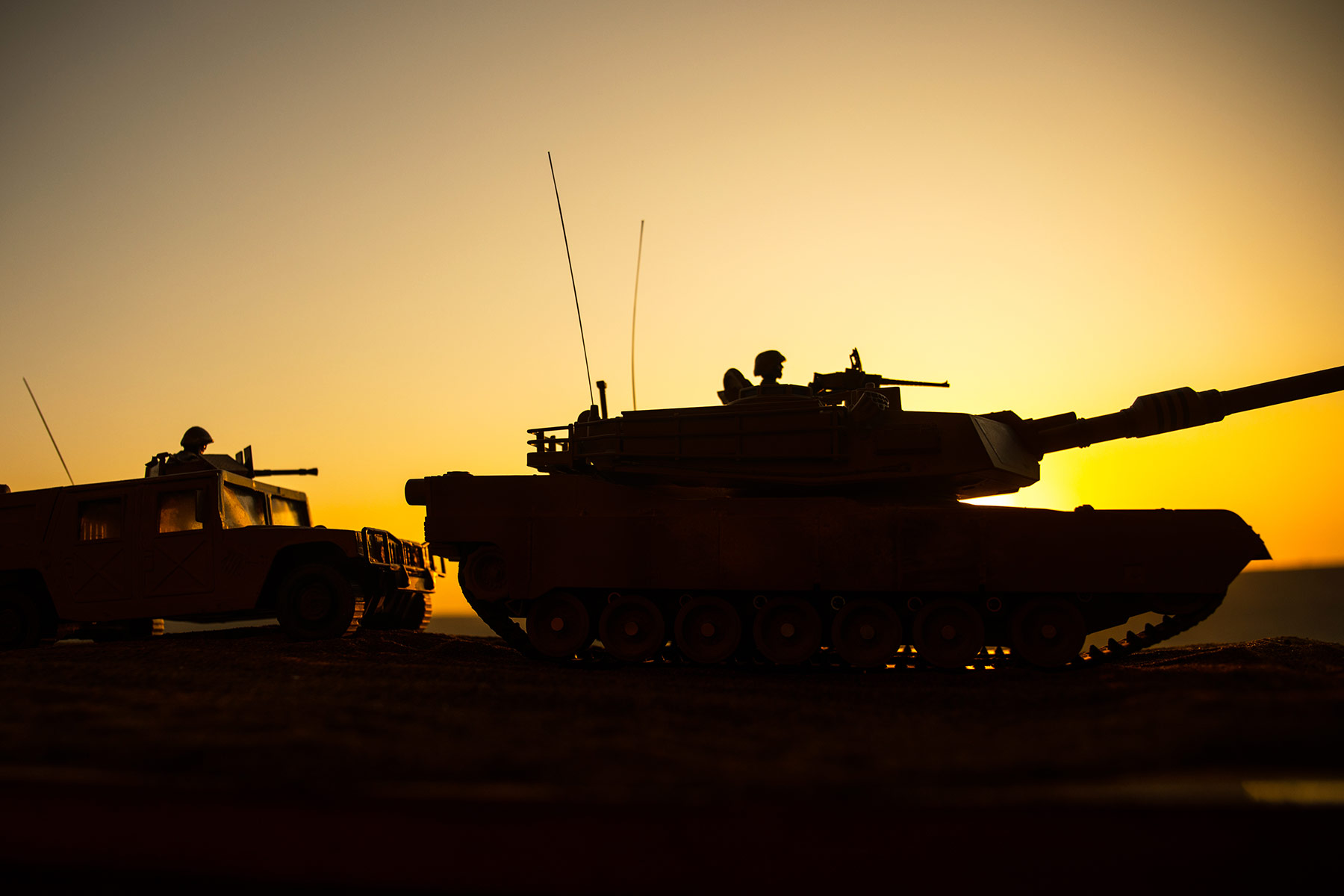 The US special representative, Zalmay Khalilzad, who served as the Bush administration’s ambassador to Afghanistan and later to the United Nations, has delivered his post-mortem on America’s two-decade-long war in Afghanistan. On August 30, he tweeted: “Our war in Afghanistan is over. Our brave Soldiers, Sailors, Marines, and Airmen served with distinction and sacrifice to the very end. They have our enduring gratitude and respect.”

Blind obedience, which, according to the place and time, may turn out to be obedience to strategically blind politicians

The idea of “distinction” derives from the notion that some people achieve a status that distinguishes them from their peers, placing them on a superior level. The expression “serve with distinction” in the armed forces is a time-honored cliché, whose meaning no one questions. Any individual who accepts the conditions of military service that imply the risk of losing one’s life at any given point in time automatically earns the right to be “distinguished” from the rest of humanity. Ordinary people do everything in their daily lives to reduce or eliminate risk, especially direct risks to their survival or well-being. The instinct for survival makes all humans indistinguishable. Those who engage in actions that may compromise their survival are clearly distinguished from the rest of humanity.

Not all service personnel are exposed to battleground conditions. Some, exercising specialized tasks, never encounter them. But all members of the military implicitly accept to participate in operations commanded by their superiors with the knowledge that their survival may be in play.

Khalilzad predictably trots out the cliché but then extends it by adding “sacrifice” to “distinction.” Some may see this as unintentionally ironic. This could include Lieutenant Colonel Stu Scheller, who has vociferously clamored for accountability by military and political leaders. Over a span of 20 years, urged on by the Pentagon, three US presidents have sent their citizens abroad as sacrificial victims to the god of war they honored, if not worshipped. The belief that Ares, Mars or Týr — or indeed a god of war by any name — might require the ritual of animal sacrifice, let alone human sacrifice, would be universally mocked today. But Khalilzad reminds us that the tradition has survived in our patriotic values.

NBC’s distinguished Middle East correspondent, Richard Engel, thinks the sacrifice should be continued. “Who is going to go in now?” he asks. What power is going to go in and undo them?” Like many Americans, Engel criticizes President Joe Biden’s decision to withdraw US troops from Afghanistan. That country now finds itself under the control of what Engel persists in calling “the enemy.” If the war is over, the notion of enemy should disappear, even if a renewal of the state of war remains possible.

The Taliban seem to have understood that. Taliban spokesman Zabihullah Mujahid appealed to the US to develop peaceful relations. “We have communication channels with them,” he explained, “and we expect them to reopen their embassy in Kabul and we also want to have trade relations with them.”

US Secretary of State Antony Blinken welcomed the safety that cooperation has provided, but he appeared uncommitted to exploring the development of peaceful relations between the two nations. He saw no need for an embassy in Kabul. “For the time being,” he explained, “we will use this post in Doha to manage our diplomacy with Afghanistan, including consular affairs, administering humanitarian assistance, and working with allies, partners, and regional and international stakeholders to coordinate our engagement and messaging to the Taliban.”

According to Blinken, the US will politely discuss with the Taliban from afar the time it takes to evacuate those still stranded in the country whom the US believes deserve evacuation. Once that is accomplished, the US will most likely apply the opposite of the Taliban’s wish to see a US embassy in Kabul and new trade relations. The more predictable course of action, similar to the one applied to Cuba for the past 60 years, would be an aggravated economic war consisting of sanctions and blockades.

In fact, the campaign to starve Afghanistan has already begun. The United Nations warns that emergency food reserves are likely to run out within a month and that “starvation could soon compound the humanitarian crisis convulsing Afghanistan.” At the same time, The New York Times reports that “Washington has frozen Afghan government reserves, and the International Monetary Fund has blocked its access to emergency reserves.“

In a different tweet, Zalmay Khalilzad affirmed that the Taliban were now facing what he called “a test” and then asked two rhetorical questions. “Can they lead their country to a safe & prosperous future where all their citizens, men & women, have the chance to reach their potential?” was his first question. This seems reasonable enough, given the promises the Taliban have made to be more open than in the past to normalized international relations and human rights. Reasonable leaders in a reasonable world should encourage them to prove their capacity to honor their own promises. But Khalilzad’s second question reveals how hollowly rhetorical the first one was. “Can Afghanistan,” he asks, “present the beauty & power of its diverse cultures, histories, & traditions to the world?”

That is so obviously distant from even an enlightened Taliban policy that asking it can only be seen as hypocrisy. Khalilzad clearly anticipates blaming them for their failure to live up to Western ideals. This is designed to serve as a pretext for a future campaign to punish the impudent Taliban for winning a war not just against Americans — the Vietnamese had already done that — but against NATO and the entire “rules-based” coalition of nations that followed the US into the quagmire of Afghanistan.

The campaign by corporate US media to humiliate and eventually add to the suffering of a Taliban-run Afghanistan has already begun. In the same interview cited above, Richard Engel follows up his implicit appeal to a brave nation other than the US to take over the task abandoned by the Americans (“to go in and undo them”) with an observation that sits oddly with his acknowledgment of the definitive American retreat.

“It will be a challenge,” Engel tells his American audience, “to bring the Taliban into the international community. But that is the challenge that is facing us for the sake of the Afghan people.” He doesn’t explain who the “us” is who are now faced with the challenge. Is it the US, its traditional allies (Europe, Israel and the Gulf countries), or perhaps the entire human race, who he assumes adheres to the values promulgated by the US?

His question is nevertheless intriguing. To the extent that Engel supposes that the US should be the one “to bring the Taliban into the international community,” two opposing policies are worth considering. For simplicity’s sake, let’s call them the carrot and the stick. The carrot would be to let 20 years of bygones be bygones and respond to the Taliban’s overture by saying: Yes, let’s push cooperation to the hilt and make something out of our past mistakes.

The stick would be to stoke a rapid deterioration of economic and social conditions while offering clandestine support to any and all forces of opposition within Afghanistan — the policy the US pursued under Jimmy Carter and Ronald Reagan, aimed at overthrowing an independent, socialist-leaning government that they feared would be magnetically attracted to the Soviet Union. The allies the US cultivated in the 1980s were the mujahadeen, whom the US trained in the fine art of what is deemed “good” terrorism, designed to destabilize unfriendly governments.

Engel ends his analysis by comparing the Taliban-run Afghanistan to a “hole in the map” of the region. He expresses his belief that the sudden absence of US troops will “suck in other countries around it” into what he calls a “vortex” of instability. The consequences of the US retreat for Pakistan and India are difficult to measure, to say nothing of the virtual alliance between Israel and the Sunni monarchies of the Gulf, who counted on an abiding US military presence to continue their aggressive opposition to Iran. In any case, it is likely that the future will see less distinction but continued sacrifice.