In December, a breaking story about massive hacking of US computer networks dominated The New York Times columns for weeks. With the new year, The Times is still nourishing its alarmed indignation at the evil force behind the event. In an article this week, David E. Sanger, Nicole Perlroth and Julian E. Barnes describe the event as “a hacking, now believed to have affected upward of 250 federal agencies and businesses … aimed not at the election system but at the rest of the United States government and many large American corporations.”

Can Mike Pompeo Swagger His Way Into 2024 Election?

In an opinion piece from December, Thomas P. Bossert, former homeland security adviser to President Donald Trump, described the event as an attack on “the networks of the federal government and much of corporate America” which were “compromised by a foreign nation.” Consistently with The New York Times editorial policy in place for the past four years, he went further than the non-committal reference to “a foreign nation” and designated a particular nation as the culprit: Russia.

Bossert explained not only why he could jump to this conclusion, but also why it was so fearful: “Domestic and geopolitical tensions could escalate quite easily if they use their access for malign influence and misinformation — both hallmarks of Russian behavior.”

A term designating a superficial feature of a hostile act that, thanks to some vague similarity with incidents from the past, can be cited as conclusive proof of culpability, which proves especially useful when no tangible evidence exists to blame the party one prefers to blame.

Consumers of mainstream media should by now understand that when they encounter the word “hallmark,” it expresses a supposition of guilt when the journalist has no real evidence to back it up. For example, a December 2016 piece in The New York Times stated that “In post-Soviet Russia, the same cynical mendacity has become the Putin government’s hallmark.” In August 2019, another article claimed that “Several American officials who follow Russia closely say the hacking bears the hallmark of an operation by Russia’s military intelligence service.”

Sometimes, the term “earmarks” is used to express the same idea. In October, the story of Hunter Biden’s compromising emails broke, to the delight of Donald Trump’s campaign. The media supporting Joe Biden responded with the assessment of the intelligence community: “More than 50 former senior intelligence officials have signed on to a letter outlining their belief that the recent disclosure of emails allegedly belonging to Joe Biden’s son ‘has all the classic earmarks of a Russian information operation.’” No one denied the reality of the emails, but accusing the Russians made the story sound fake.

To establish a “truth” worthy of the media, the US intelligence community systematically looks for hallmarks or earmarks. Because the assessment comes from intelligence, the media present it as fact. On January 2, David Sanger claimed that the culprit of the massive hack was “almost certainly a Russian intelligence agency, according to federal and private experts.” On January 5, Sanger and Barnes offered this update: “American intelligence agencies formally named Russia as the ‘likely’ source of the broad hacking.” Their use of “almost certainly” and “likely” tells us that nothing is certain about that claim. It does, however, tell us what the intelligence community wants Times readers to believe.

It didn’t take long for the Boston Herald to notice that the “classic earmarks” in the Hunter Biden story cited above turned out to have been totally imaginary. In the same document, the officials paradoxically admitted that “we do not have evidence of Russian involvement — just that our experience makes us deeply suspicious that the Russian government played a significant role in this case.” The Herald comments: “That also should have tipped reporters off to the fact that the letter was rank speculation masquerading as informed analysis, but true to form, they happily ran with it instead.”

In a post-truth world, the media runs happily with anything it believes will excite its audience. Spinning accusations against Russia serves not only the media, but also the objectives of the political class. With no clear evidence about who the perpetrator may be, Julian E. Barnes, writing for The New York Times on December 18, reported on the reaction from politicians: “The recent hack on numerous federal agencies by Russia’s elite spy service demonstrated the need for new defenses, key lawmakers said.” Is it a coincidence that the scandal broke at the very moment Congress was preparing to vote on the Defense Authorization Act, with its bloated $740-billion price tag?

Democratic Senator Mark Warner was delighted to echo the media’s accusations on December 20. “All indications point to Russia.” By “indications” he obviously meant hallmarks. Warner added that Russia “came away with a big, big haul.” But even today nobody knows what the hackers were seeking or what they may have purloined. No one has signaled any form of damage. The hackers may, after all, just have been gathering information, which is what every nation routinely does.

AP offered the most honest take, avoiding a direct accusation of Russia: “U.S. government statements so far have not mentioned Russia. Asked about Russian involvement in a radio interview Monday, Secretary of State Mike Pompeo acknowledged that Russia consistently tries to penetrate American servers, but quickly pivoted to threats from China and North Korea.” Russia spies. What else is new?

Could all this simply be a case of the good, old, tried-and-true strategy of fear that emerged during the Cold War and has been renewed regularly by Western governments ever since? Filmmaker Adam Curtis documented this historical pattern in his compelling three-part survey, “The Power of Nightmares: The Rise of the Politics of Fear.” In Curtis’ words, politicians “turned to fear not because of a real enemy outside, but because they feel their own sense of legitimacy and authority dwindling.”

Nearly a month after the initial report, can we say there is a real enemy? On December 17, The Times expressed its “concerns that hackers could ultimately use their access to shutter American systems, corrupt or destroy data, or take command of computer systems that run industrial processes. So far, though, there has been no evidence of that happening.” With all the talk about Russia but only hallmarks for evidence, nothing tells us that the hacking may not have come from another credible source, like Israel for example or, more credibly, from the NSA, which has always denied domestic spying. It was NSA Director James Clapper’s denial, under sworn testimony during a Senate hearing, that incited Edward Snowden to release his trove of confidential data proving the contrary.

Since the Cold War, Americans expect Russia to be dreaming of harming the US. Any clever operator should know that accusing Russia of what the US itself may be doing — in this case, spying on its own corporations to better control the economy — makes a lot of sense. People immediately find the accusation against Russia credible. They won’t even think about suspecting their own intelligence services. But there is no evidence to support the idea that US intelligence did it … other than hallmarks.

And many such hallmarks exist. The anthrax attacks that followed 9/11 permitted the George W. Bush administration to blame them on Iraq. Saddam Hussein was known to have experimented with anthrax, initially provided by the US during Saddam’s war with Iran. Everyone could see at the time that Bush was looking for an excuse to attack Iraq, which he only managed to do in March 2003 after a massive campaign of creative disinformation.

The anthrax plot failed because the strain of anthrax used had its own “hallmarks.” It was produced only in the US and specifically at a defense laboratory at Fort Detrick. The authorities took years to find a patsy to accuse in a “lone wolf” scenario. The FBI’s psychological campaign eventually drove the presumed culprit to commit suicide, obscuring any investigation into possible complicity from the team at the White House, who had the most to gain from the operation.

On the day the story of the massive hack broke on December 12, the author of spy novels, David Cornwell, aka John le Carré, died. It’s unfortunate, because Le Carré might have been the most qualified person to tease out the play of interests and intrigues that lies behind this spying hack of the century. 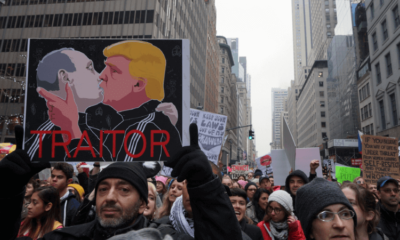 Walking the Road to Unfreedom 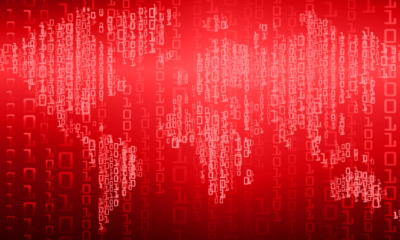