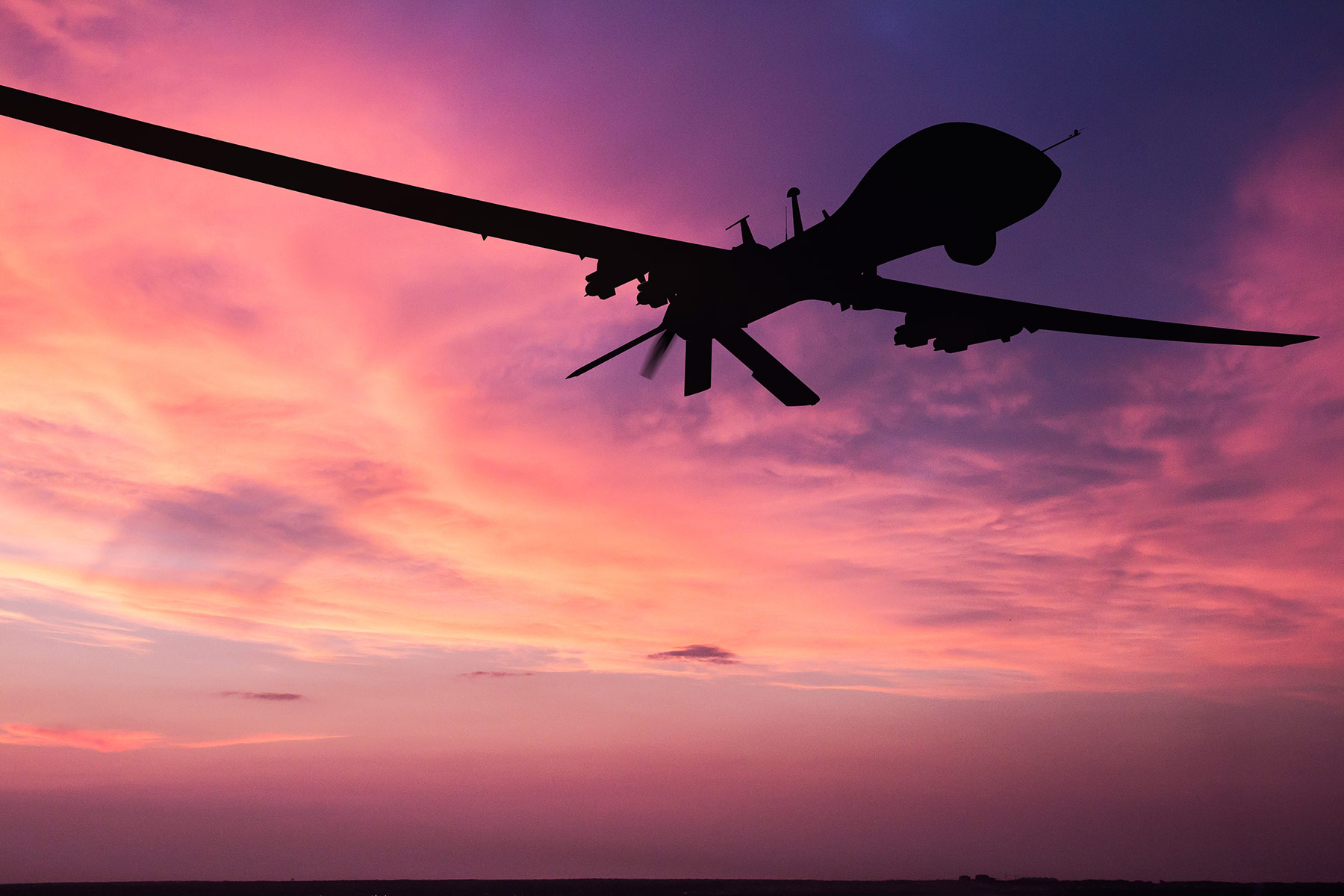 No serious reader of the news reflecting on how the knowledge we acquire of today’s world is disseminated through the media could deny that The New York Times is not just one of the world’s great newspapers, but also a cultural institution in its own right. That means it is skilled at playing the role of a great newspaper. Among its claims to greatness is its capacity to establish news bureaus across the globe, its privileged access to influential thought leaders, its engagement in contemporary culture, and its talent for excellent investigative reporting that may occasionally produce significant impact on the course of history.

For many discerning readers of news, attentive to The Times’ influence over not only the general public but especially an elite class of political and economic decision-makers, the prestigious paper can also prove to be exasperatingly unreliable. Given the importance of the topics the newspaper covers and its capacity to shape historical events, its critics are justified when they perceive this all too variable reliability as potentially dangerous. The Daily Devil’s Dictionary has repeatedly taken The Times to task for its tendency to present tendentious interpretations of crucial events as established fact or to promote the conclusions it draws from those events as infallibly logical.

Too often, The Times’ indulgently and uncritically presents official explanations pleasing to the US defense establishment and the interests of a military-industrial complex, including Wall Street, as fact. Nevertheless, the paper encourages its reporters to demonstrate their independence and dig deeper when the opportunity arises, even when it means unearthing stories that may embarrass their habitual allies. This week provided a remarkable example of such an original investigation.

In an article published last Friday, a team of four reporters led by Matthieu Aikins dared to dramatically contradict and expose as a lie the Pentagon’s official account of the August 29 drone strike in Kabul that killed 10 people, including seven children. The team produced a powerful 10-minute video presenting the documentary evidence it investigated. It includes a graphic reconstruction of the events on the ground that day from the point of view of the man that US intelligence identified as the suspected terrorist. They were mistaken. Zemari Ahmadi was in fact “a longtime worker for a U.S. aid group.”

On the day of the strike, The Times began an article relating to the official version of the event with this sentence: “A U.S. drone strike on Sunday destroyed an explosives-laden vehicle that the Pentagon said posed an imminent threat to Afghanistan’s main airport.” To the extent that the Pentagon is cited as the source, this is honest reporting. Not only did it leave appropriate doubt in the reader’s mind, but it also opened the path for a team of Times reporters to challenge the veracity of the military’s account.

Immediately following the strike, the chairman of the Joint Chiefs of Staff, General Mark A. Milley, explained why the military was confident they had eliminated a terrorist. “Because there were secondary explosions, there is a reasonable conclusion to be made that there was explosives in that vehicle.”

1. One of a number of the military’s creative explanations designed to establish the guilt of an innocent victim to hide its own guilt

2. The collateral effect of official lies once they are investigated and reported to the public

After sifting through the evidence, the only credible case for a “secondary explosion” might be the explosive article The Times’ itself published nearly two weeks later, exposing the Pentagon’s lie. The original article asserted that “the U.S. military said it was investigating the assertions.” In fact, the military did nothing. The Times’ journalists stepped in to unveil the truth.

At a joint press briefing on September 1, General Milley had promised to act. “As we always do with these things,” he explained, “we initiate an investigation.” He claimed to have had “very good intelligence that [Islamic State in Khorasan Province] was preparing a specific type vehicle.” As The Times team eventually revealed, the supposed terrorist had a white Toyota. So did Ahmadi, the US aid worker who lost his life. Right car, wrong victim.

At their press briefing, Defense Secretary Lloyd Austin and General Milley riffed on the traditional theme used to explain atrocities, that “war is hell.” The secretary even uttered the pleonasm that “missile hell is hell, period.” General Milley added, “War is hard, it’s vicious, it’s brutal, it’s unforgiving.” These clichés served to write off 20 years of unabated state-sponsored terror.

One journalist asked the two men about the “pain and anger” they felt. General Milley replied that “when we see what has unfolded over the last 20 years, and over the last 20 days, that creates pain and anger. Mine comes from 242 of my soldiers killed in action over 20 years in Iraq and Afghanistan.” Recently, The Independent reported the figure of “363,000 civilians killed during the War on Terror.” Those civilian deaths at the hands of the US compared to a couple of hundred American military deaths evoke neither pain nor anger from the general.

The New York Times deserves the public’s applause for this brave and timely reporting on the death of Zemari Ahmadi and the seven children who crowded around his car to greet him when he came back home that evening. The Times can live up to its reputation of great journalism. But does this redeem its ethical failure on other occasions?

The shining — which is to say most egregious — example of The Times’ journalistic irresponsibility in recent years was the newspaper’s coverage of the build-up to the US invasion of Iraq in 2003. Because of the alacrity of its journalists and editors to funnel the fearmongering lies of George W. Bush’s White House into its front-page coverage of the “global war on terror” over a period of weeks and months, its critics hold The Times has accountable for betraying the interest of the public it claims to serve.

The Gray Lady values its privileged access to US government sources, particularly to those in defense and national security. The defense establishment knows that it can count on The Times to print any new message it wishes to diffuse. That relationship describes how an effective system of propaganda functions most of the time.

The Times’ stunning reporting on the final act of aggression perpetrated by the US military in Afghanistan contains a bitter irony. A campaign that in 2001 began with lies, leading to wanton destruction, ended with an act of wanton destruction followed by a lie. It may well have been a “mistake” or a judgment error of intelligence to track and then kill Ahmadi. But asserting that “there were secondary explosions” with absolutely no evidence to support it was nothing more than a lie compounded by the surreal assertion that imaginary explosions could lead to “a reasonable conclusion,” when General Mark A. Milley claimed that there were “explosives in that vehicle.”

A highly unreasonable war thus terminated with false affirmations of reaching a “reasonable conclusion” based on an outright lie. The war in Afghanistan began by treating a patent criminal act conducted by a shadowy group of terrorists as an act of war by another nation. That was the first unreasonable conclusion based on a lie. It led to an undeclared but brutally conducted war against a nation and a people who were indeed governed by a truly fanatical regime. But that very regime assumed power in 1996 only as a result of a series of previous actions by Western powers seeking, since 1978, to overthrow a progressive government with a strong human rights agenda.

Even in 2001, the Taliban posed no direct threat to the United States or the West. It played no role in provoking the events of 9/11. The planning and plotting of those events took place in Germany and in the US, not in Kabul, even though Osama bin Laden had a training camp inside Afghanistan.

A year and a half later, a new lie amplified by The New York Times led to the invasion of Iraq. Twenty years after 9/11, the world is left wondering what the next lie will be.