As a senator from the state of Maine with a college education (though not Ivy League), Susan Collins must be considered an intelligent woman. She’s also a Republican. When an intelligent and responsible public figure writes an op-ed recounting an important event, we might suppose she would seek to show off her intelligence rather than the opposite. Not Susan Collins, who included this statement in her op-ed for the Bangor Daily News: “My first thought was that the Iranians had followed through on their threat to strike the Capitol.”

Often the most pertinent idea resulting from strong intuition, but sometimes exactly the kind of misguided musing no serious person would ever want to admit having allowed to cross their mind unless their aim was to cast doubt on the idea that they even possess a mind.

Susan Collins may be spending too much time listening to recent speeches by Mike Pompeo or remembering past pronouncements of John Bolton. In her op-ed, she claims that she was “well aware that emotions were running high because of the president’s repeated claims that the election was ‘stolen,’ despite the fact that approximately 90 judges, including the Supreme Court justices, had ruled otherwise.” That would be enough of a clue for most intelligent people when the rumbling of mutiny began to become audible inside the Capitol on January 6.

Even with that knowledge, the only credible explanation that popped into Collins’s brain was that it was an attack by Iran. Had she been a Democrat, she probably would have assumed that it was Vladimir Putin in person trying to break down the doors, armed, of course with a hammer, and sickle. But Collins is a Republican. Each party sees its own preferred goblins under the stairs.

Cody Fenwick, writing for Alternet, judges that Collins “underestimated the true threat of Trump’s radicalism and right-wing extremism, and she is likely overestimating the threat posed from countries like Iran.” But it wasn’t about rational risk assessment. Collins’ comment tells us something deeper about how politicians think. First thoughts belong to the same family of mental events as Freudian slips.

They reveal processes that are anchored in a region of impulses and automatic reflexes that sits below the faculty of reasoning and decision-making. Politicians possess a Freudian unconscious meticulously programmed by their party’s ideology and propaganda. It can even prevent them from seeing or seeking to understand what is happening around them.

Collins knew on that day that thousands of members of her own party were mobilizing to protest Trump’s electoral defeat. Unless she exists in a different universe, she knew something about who they were and how MAGA crowds and the adepts of QAnon typically behave. In her eyes, they were known to be rowdy, but they weren’t evil. As Trump himself had said concerning the events in Charlottesville: “There were good people on both sides.”

Despite that knowledge, her programmed logic assumed that an assault on the US government could only be attributable to a force officially classified as “evil.” It’s a time-honored Republican tradition. Reagan programmed the nation to fear the “empire of evil.” George W. Bush called it an “axis of evil.” And Secretary of State Mike Pompeo, who now baselessly claims that “al-Qaeda has a new home base in Iran,” has been pushing the idea that Iran is the center of the axis. He added a more sinister commentary: “I would say Iran is indeed the new Afghanistan.” Afghanistan is a code word for “justified war.”

Since the Cold War, US foreign policy requires the inculcation of a Manichaean mythology that fixes in people’s brains the idea of a metaphysical combat between pure existential good (the US and at least one of its allies, Israel) and pure existential evil. Iran has been at the top of the rankings for the Trump administration, if only because of Obama’s shameful “Iran deal.” Al-Qaeda, of course, has remained the symbol of absolute evil since 9/11. This is true even when the US provides al-Qaeda’s affiliates with weapons in Syria, because Bashar-al-Assad, as the head of state, is even more evil.

Balance is always important. Giving all the publicity to evil would be wrong. In her breathtaking account of the Senators’ daring escape from imagined Iranians, Collins also finds a way of highlighting the existence of pure existential good. She recounts the charming story of how Senator Todd Young, a Marines veteran, “moved over near Sen. Lisa Murkowski and me. Only later did I learn that he was positioning himself to repel the rioters and defend us.”

As Joe Biden would say, God bless the troops. America’s military heroes, even after choosing a political career, are always ready to act when an evil enemy is at the door. This may help to explain why an overwhelming majority in Congress voted to override Donald Trump’s veto and approve the $740-billion Defense Authorization Act in December. After all, without that bloated expenditure, it is likely that there would be fewer well-trained warriors in the Senate to protect defenseless damsels in distress.

In the end, the Iranians hadn’t mounted the nuclear attack all Americans (and Israelis) fear, or even a non-nuclear attack. The MAGA fanatics never managed to reach a single lawmaker. All was well that ended well, or at least not too badly, with only a handful of fatalities of unimportant people. It gave Collins the opportunity to vaunt her own bravery. She and her colleagues courageously stayed on to finish the job and defend the Constitution. As she proudly announces, “There was no way I was going to let these thugs succeed in their attempt to disrupt the constitutional process and undermine our democracy.”

Collins never tells us whether the heroic Senator Young also believed it was the Iranians pounding on the doors of the Capitol. Her harrowing tale is nevertheless worth reading. It evokes the atmosphere of the Viking siege of Paris in 885, when the monks at the Abbey of St. Germain des Pres woke up to discover a host of marauding Norsemen. Collins’ account may not be the equal of the lengthy poem by the Benedictine monk, Abbo Cernuus, “Bella Parisiacae Urbis,” but it does give an idea of the frightening unexpectedness of the threat.

Senator Young never had to step up to play the role of Count Odo or Bishop Gauzlin, two heroes who had some initial success displaying their prowess to fend off the invaders. The Viking siege lasted for nearly two years before the Holy Roman emperor, Charles le Gros (Charles the Fat), intervened and bought them off with £700 of silver — an astronomical sum at the time — complemented by a land grant at Rouen, on the condition that they leave Paris to the Parisians.

When the Vikings arrived in Paris with an estimated 12,000 men on 300 ships, they simply requested free passage to sail further up the Seine. The authorities refused, and, for the following two years, mayhem and slaughter became the norm in and around Paris. When the dust finally settled, the Norseman appeared pleased with the gift of what would become the Duchy of Normandy. The Norman nation quickly prospered. Within two generations, all Normans spoke French and, a century later, in 1066, they conquered England, a nation whose people never managed to master French grammar. Nevertheless, centuries later, the British, possibly inspired by William the Conqueror, used their own ships to subject much of the world, including the Indian subcontinent and the east coast of North America, to their rule and their language.

One protester who penetrated the Senate chambers donned an impressive costume inspired by Viking mythology. He sat down in the vice president’s chair. The latter-day Viking provided the imagery to make the event legitimately hyperreal. Whether last week’s assault turns into the equivalent of the Viking siege of Paris over the next two years remains to be seen. For one thing, we are all wondering what Donald the Fat will do after being released from the White House. Will his Vikings offer us a new episode of hyperreality TV or even a lambent civil war? Will Joe Biden befriend the evil Iranians? The world is waiting for the next episode. 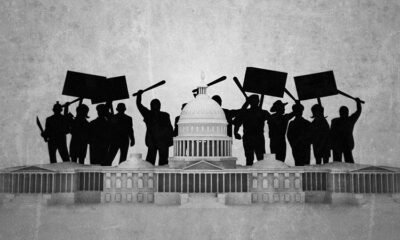 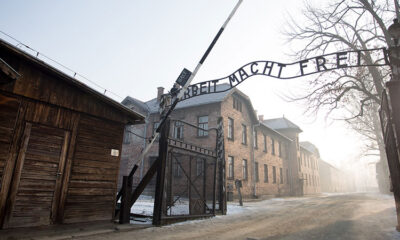 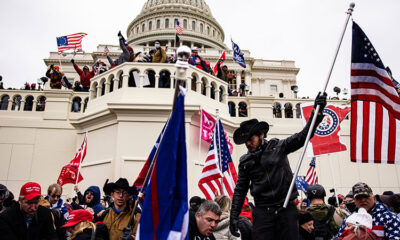