Perhaps the most surprising outcome of the Capitol riots has been the reaction of corporate donors to the funding of political campaigns. These locomotives of democracy are suddenly unhappy. The shame that now stains the doubly impeached Donald Trump has shaken and apparently cracked what had become the main pillar of electoral politics in the US: corporate money.

One commentator states it in these terms: “Big corporations are deciding they don’t want their campaign contributions being linked to violent insurrections.” This has turned out to be particularly problematic for Republican lawmakers after the scandalous raid on Capitol Hill on January 6. The Washington Post reports that “Several major companies on Monday said they planned to cut off political donations to the 147 members of Congress who last week voted against certifying the results of the presidential election.” Yahoo Finance notes what may become a long-term trend as “companies are just beginning to recognize that ‘political spending today poses a really broad risk and a deep risk that they need to manage.’”

Risk related to the level of awareness of an entire population, as opposed to deep risk that concerns the legal and commercial status of a monopoly or privileged economic position.

The Blue Cross Blue Shield Association, a provider of health insurance to over 100 million people, has now pledged to stop its contributions “to those lawmakers who voted to undermine our democracy.” Critics might point out that health insurance providers have been undermining democracy for decades. They literally control Congress thanks not only to their lobbying efforts but also to the direct campaign contributions needed to obtain the legislation their lobbyists push through Congress.

Will pulling back weaken their chances of getting privileged treatment in the future? The risk is real. But health insurance providers are experts in evaluating risk. They realize that the public’s growing preference for a national single-payer system means they desperately need to improve their moral profile. What better way than to express their indignation at the immorality of politicians?

Yahoo Finance interviewed Bruce Freed, the president of the Center for Political Accountability. Freed asks the fundamental question about what Donald Trump, in his original presidential campaign, referred to as the DC “swamp” that needed draining. “Does this really lead to a fundamental change in the way companies approach their political spending?” Freed calls the recent announcements a “reaction of the moment.” He nevertheless thinks this could be the beginning of a trend. It all depends on how long the public’s indignation lasts as well as how consistently the media give it play.

Wall Street banks have taken the most radical position. Rather than punishing Republicans for their lack of civism, some “have announced steps to back away from giving money to all lawmakers — both Democrats and Republicans — at least for now.” This is undoubtedly an act of pure PR calculation. They must at all costs avoid singling out Republicans for punishment, who have always been the first to do their bidding. Yahoo judges that this “appears to be temporary and could expire before fundraising for the 2022 midterm elections begins in earnest.” In other words, this clearly is PR. It sounds more like a vacation than a strike. Basically, these companies will save some money in the short term, take the time to observe the drift of opinion and think out their strategy just in time for the next midterms.

This entire episode demonstrates how radical Trump’s impact on US institutions has been. The Republican Party has become the principal victim. When Republican elected officials in their majority made the choice of remaining loyal to Trump, they painted themselves into a corner. They accepted Trump’s strategy of polarizing the electorate beyond possible reconciliation. For the past four years, public debate has consistently turned around the extreme positions Trump tweeted on a daily basis. The media lost all interest in rational debate about real political issues. It doesn’t attract eyeballs.

It wasn’t always like this. In the lead-up to the 2016 Republican National Convention, the GOP establishment massively opposed Trump. At the time, commentators speculated about a possible revolt within the party against Trump’s nomination. Party stalwarts even seemed to count on his defeat in the November election to rid the party of its troublemaker. In vain.

When, to Trump’s own surprise, he won against Hillary Clinton, the designated dynastic heiress to the imperial throne as defined by the Democrats, establishment Republicans employed a strategy that consisted of accommodating Trump’s idiosyncrasies while pursuing their traditional goals: tax cuts, militarism and transforming the judiciary. The strategy worked well, indeed too well for the taste of many Republicans. They realized that Trump had become the key to the party’s winning of elections, and they knew for a fact that politics today is about nothing other than winning elections.

This story highlights not just the importance of corporate financing in political campaigns but also the emergence of a culture focused exclusively on electoral success. If the US is still a democracy, it has become literally a democracy of beggars. The needs of the citizens and the methods of good government have taken a back seat to the perennial quest for campaign funding. Members of Congress now spend 67% of their time on fundraising. Not only does that mean that they have limited time to do their job as legislators — it also means that their fundraising needs redefine and inevitably pervert their official role in government: representing their constituents.

At best, in their interactions with lobbyists, lawmakers can resist specific demands of their donors on the grounds that what they are requesting would be unacceptable to their voters. What happens then is that, instead of refusing, they will more likely work on the window-dressing that makes policies inimical to their constituents’ interests seem logical, acceptable or simply inevitable.

This type of beggars’ democracy becomes palatable to many because society itself has become a civilization of beggars fighting for survival in an economy of beggars. Lobbyists themselves are professional beggars, but with clout. The rest of the population has increasingly adapted to the gig economy, which sums up what democratic politics has become.

Traditional economies owed their stability to a somewhat sclerotic continuity of gainful economic activity. Successive generations in the same family exercised identical vocations. With the advent of the industrial revolution, capitalism worked on the basis of creating a pool of largely uprooted workers begging for a job that had nothing to do with inherited skills. This brought the advantage of flexibility and the capacity of manufacturing to produce more efficiently what generations of artisans could only create on a limited scale. The enclosure system in England forced peasants to towns where manufacturing, exploiting the resources made available through colonial conquest, offered the possibility of employment. The poor of the countryside became the beggars of the town.

The Industrial Revolution created a society that depended on the notion of mass anonymity. It required pools of potential workers who could be available for employment to meet the growing needs of industry. The anonymous masses then had the choice of selecting to invest personally in skill sets that promised possible employment. This relationship has defined the economic system that has prevailed for the past two centuries in the West and now in most of the global economy.

Because anonymity and fluctuations in every marketplace lead to instability, the latest permutation of this model has been the evolution toward the gig economy. Paradoxically, it represents a return to the logic of early capitalism and the policy of subsistence wages. Employers needed simply to ensure that the pool of workers could be physically maintained to continue to meet the needs of production. The policy of subsistence gradually evolved to include cultural factors that contributed to a notion of prosperous and stable subsistence. This permitted the creation of the modern welfare state. But the aggravation of competition and the financialization of the economy ultimately led to the gig society where people sell their time on a piecemeal basis.

Millions of people make their living online. Increasingly, they do it as beggars, offering their services in the hope someone will need them enough to pay. A beggar’s democracy requires a beggar’s economy. 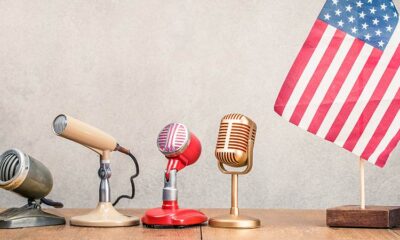 Bloomberg Pays the Piper, the Media Plays the Tune 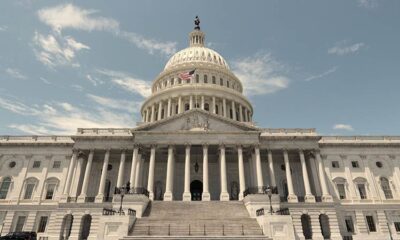 The Long History of Foreign Interference in US Politics